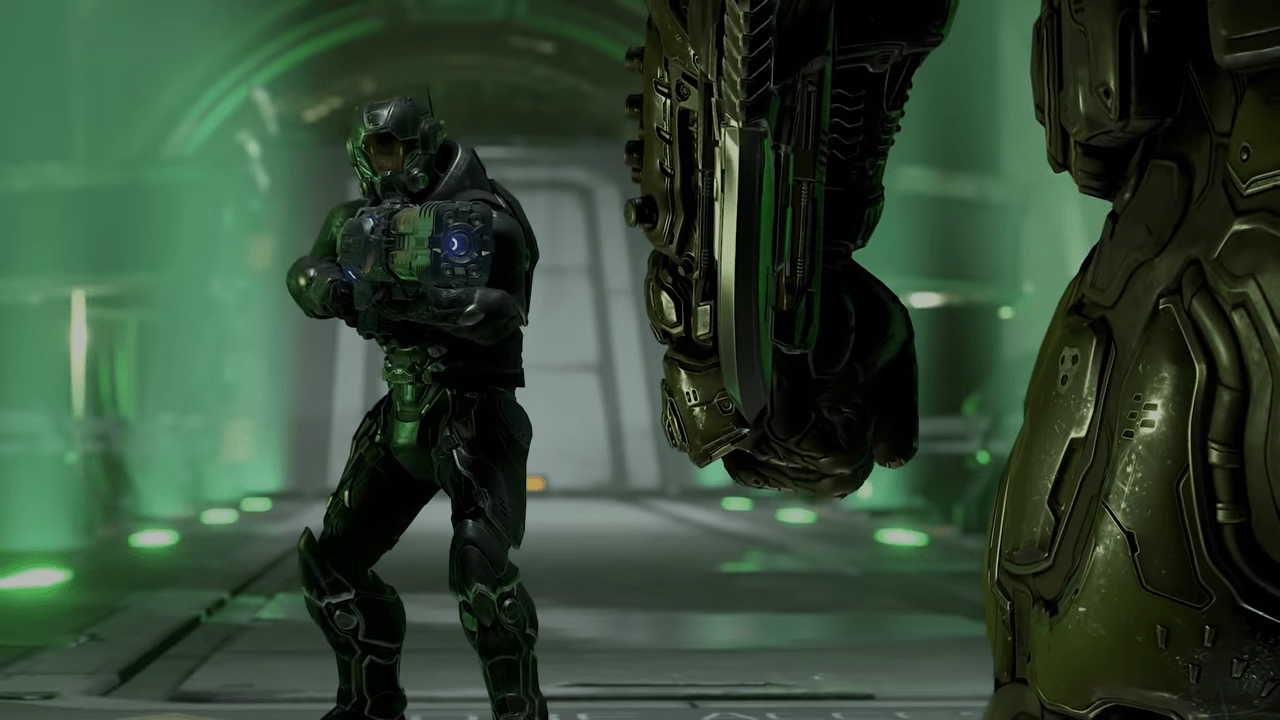 I’m going to come right out and say it, a metaphorical hill for me to die on; the DOOM that released in 2016 was frankly boring, with mediocre labyrinthian levels and visuals that were acceptable.  It wasn’t anything tremendously impressive in any regard, the multiplayer aspect was an absolute flop, and wandering around certain stages trying to find the way forward inspired drowsiness far more readily than the feeling of being a slayer of the unfathomable denizens of hell.

I know that this statement alone means that I get to receive a bevy of epithets hurled my way on Twitter and in the comments, but it was what my experience with the title surmounted to when I played it on PC.

It was very true to the original markings of DOOM, it simply didn’t translate well into the modern era where it has to compete for room on hard drives against the ilk of WRATH: Aeon of Ruin and other blisteringly fast shooters.  With this in mind, DOOM Eternal seemed to be a skippable title despite how beloved the roots are.

Then id Software dropped the Launch Trailer for DOOM Eternal, and frankly, we’re going to need to rethink previous decisions.

Beautiful models are readily seen at every turn, the heavy metal music is blazing, and the combat appears to be at a blistering pace of fragging and goring all manner of unspeakable demons.  In short, it looks phenomenally better than the most recent iteration of DOOM, and that is difficult to frame as a bad thing regardless of how you feel.

The movement has clearly gone from the standard to a new acrobatic level; not necessarily to the point of parkour-heavy titles such as Assassin’s Creed and Prince of Persia, but far greater than the most recent DOOM iteration. The Marine (or colloquially Doomguy) appears to effortlessly move through the air, alternating between heaving his impressive arsenal at ungodly abominations and platforming with ease and grace.

Weapons also appear to do far more than the previous iterations of the title, with the Marine mowing down hordes with hellspawn with a minigun that features four barrels all spitting hot lead at the same time and rockets that you can trigger in the air to explode on command.  Meaning 3-dimensional splash damage to help take out those pesky Cacodemons and Lost Souls in a manner that doesn’t see you switching to your pistol to put them down iteratively.

The entirety of the trailer conveys a singular idea that at least appears to be expertly woven and narrated with viscera and gore; you will feel like an unstoppable slayer of Hell.  It’s difficult to put a bad spin on that.