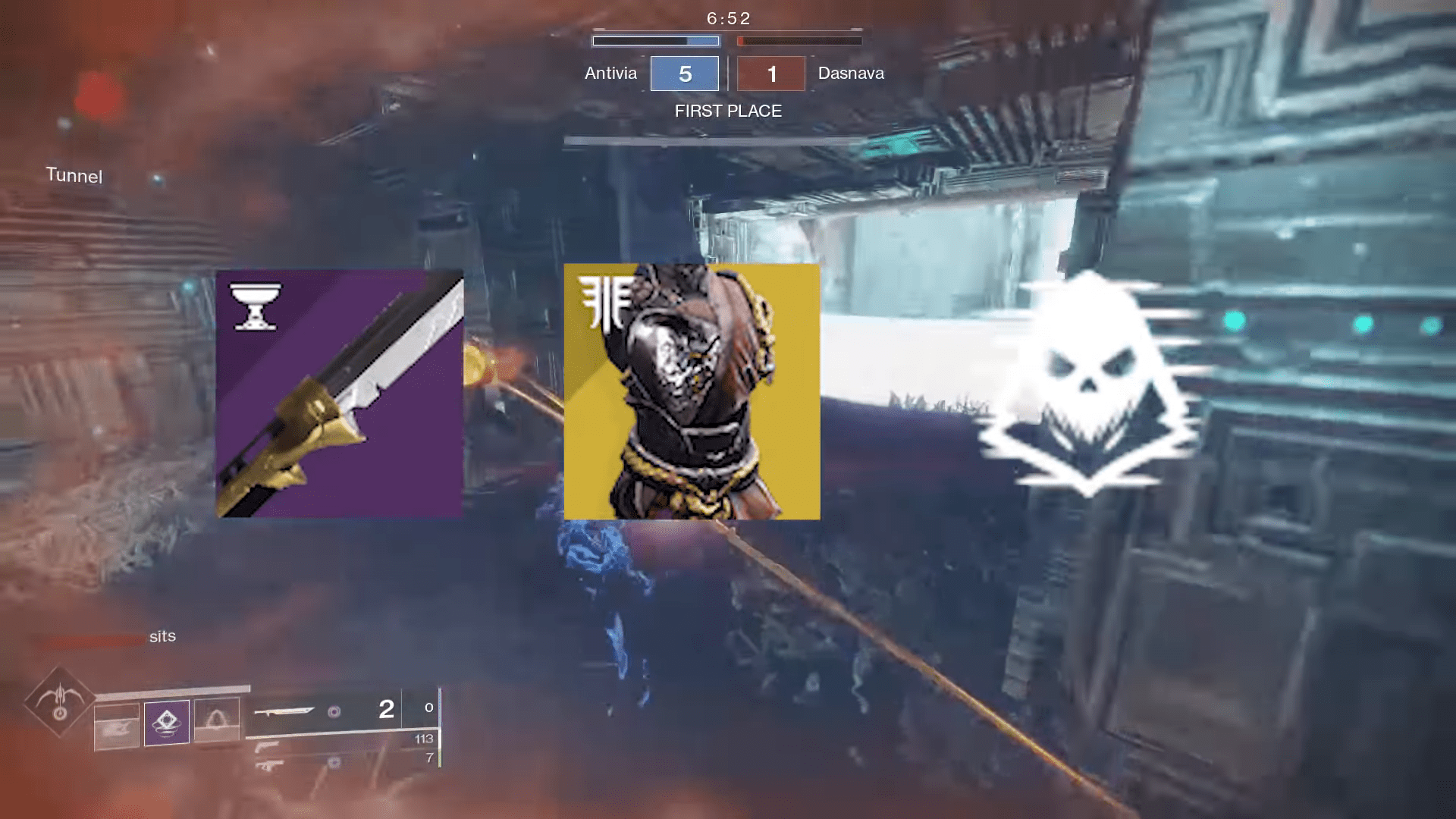 Destiny 2 is surging back into popularity, recently reaching over 1 million daily players. This player count is following the Season of Opulence release, and the news that Bungie and Activision Blizzard have split. Now that there are more players in the game, that means more opponents to face in the Crucible, the in-game PvP arena. As such, it is important to stay on top of new and upcoming strong loadouts to give you an edge over opposing guardians.

It can be difficult to jump back into PvP however, as many players have dropped off following the Forsaken DLC, and returned recently. For the most part, builds and exotics that were dominant during the height of Forsaken are still usable, but perhaps no longer the top tier options. Wormhusk Crown and An Insurmountable Skullfort are still good for example, but for the most part veteran players already know how to take opponents down rocking these helms.

If you’ve spent any time in the Crucible recently, you will know that the One-Eyed Mask exotic for Titans is very strong (and arguably the most over-powered exotic introduced in Forsaken but we won’t get into that now.) The helm grants tracking even through walls against enemies that have damaged you and applies an overshield and damage buff upon a kill.

This allows for extremely aggressive play from Titans and works well with Shotguns. As long as you can continue racking up kills, the perks from this mask can save you from out of position plays where normally you would be an easy target. A skilled player can rampage through an enemy team, and there is little they can do to stop it. Top tree Striker Titan is arguably the best option for class currently with this exotic, as your Super has the ability to easily team wipe.

Warlocks are not lacking in options for close range builds either. The recently introduced Nova Warp subclass offers great utility with handheld supernova, and the Super is nothing to scoff at either. This class additionally grants access to the Blink teleport/jump, allowing Warlocks to close the distance into close range combat quickly and relatively safely. Astrocyte Verse further improves Blink, making it a top tier movement exotic currently.

One build that is not extremely popular, but could be used with a degree of skill is Well of Radiance Warlock with Phoenix Protocol (yes even in PvP.) On control maps, a team fight for a highly contested point can be easily won with a Super from this subclass. The Super also turns certain long-ranged weapons into a one-shot kill, allowing it to pair well with bows like Wish-Ender or snipers like Beloved.

A new upcoming build that comes somewhat out of left field is the resurgence of the Sixth Coyote exotic. The chest piece saw limited use when paired with Blade Barrage. The subclass had good synergy since burning enemies recharges your dodge ability, and the Sixth Coyote grants an additional dodge. Exotic weapons like Polaris Lance and Prometheus Lens could also activate the burn effect, giving Hunters near infinite dodges. It was never a top tier option for PvP though.

Now, however, the Sixth Coyote is seeing use with a particular sword introduced in the Season of Opulence, paired with top tree Nightstalker. The GoldTusk sword is rocking the Lightweight Frame archetype, allowing for fast-paced movement. Since it is a heavy weapon and ammo is in short supply, getting a weapon with Tireless Blade is crucial.

The Tireless Blade perk grants free heavy ammunition upon a kill, making this build viable. Top tree Nightstalker means you turn invisible any time you dodge, including with the extra dodge given by your exotic.

The end result is an invisible, lightning fast Hunter build. GoldTusk is a one hit KO with Jagged Blade, turning it instantly into an oppressive force. The setup is also relatively new, meaning many opponents will be blindsided, and unable to effectively counterplay in the high-pressure Crucible setting.