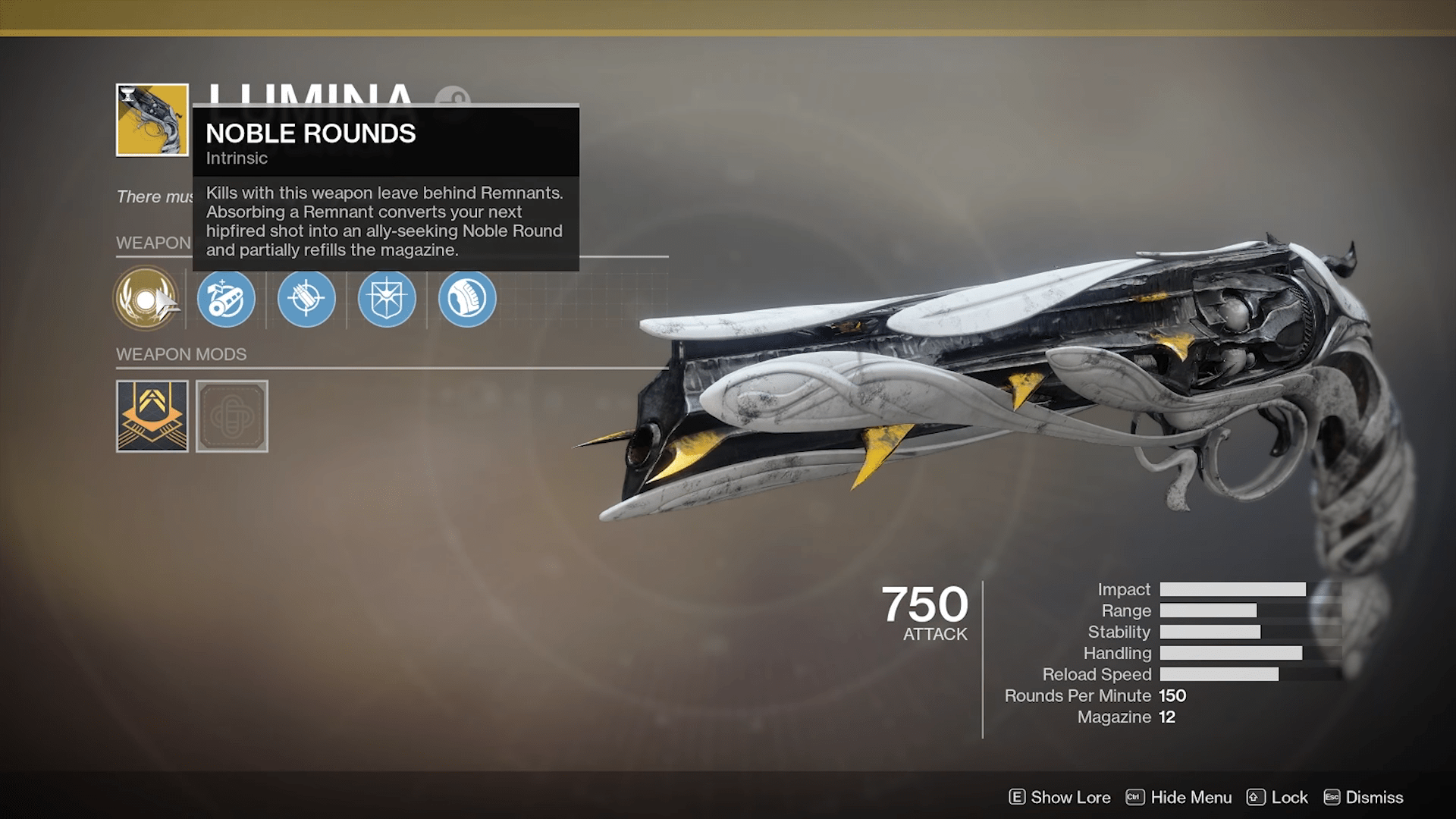 Destiny 2 fans this week have been introduced to yet another quest for an exotic handcannon. This weapon is definitely unique, however, as the weapon is the only other firearm in the game besides Tractor Cannon with support capabilities. Once Lumina’s perk is active, firing off a shot will seek nearby allies to heal, and then grants both you and that ally a damage buff.

As such it is definitely worth getting for yourself. The questline is grind heavy, but luckily for solo players does not involve any dungeon delving like Whisper and Wish Ender. To begin, you will need to head to the EDZ. If you have gotten the questline for Thorn, this weapon’s dark counterpart, the chest containing this questline is in the same area.

Begin the quest for Lumina on July 2. pic.twitter.com/kEtU6w1AHI

For those that haven’t, just drop in at the default spawn point for Earth, near where Devrim is holed up. Go straight from the spawn point towards the Salt Mines on your map, and take the transmat for the elevator.

Continuing up the hill from there, players will need to go to the end of the ledge and jump up to reveal even more area you can traverse. At the end of this revealed area is the non-descript chest containing the Lumina quest.

250 Orbs might sound intimidating at first, but this step actually goes by quite quickly. Make sure you have a couple of masterwork weapons equipt, and then head to the Dreaming City. Blind Well completions are one of the fastest ways to get this part done.

If you didn’t already know, killing the shiny enemies and running over the orb they drop will give you a harmony status condition that fills up your super extremely quickly. Once this is complete, you will be given the next quest step, and a handcannon called Rose.

The next quest step is three faceted, but luckily none are too challenging. These steps can be completed in any order, and you don’t need to be using the newly acquired Rose just yet. The first step is to complete a Nightfall strike with a score of 50,000 or higher. It is recommended to get a competent fireteam together and go for your weekly 100,000 score. Killing two birds with one stone always feels better.

The next step is more mindless grinding and asks you to complete one of three different activities. You can choose Blind Well, Escalation Protocols, or Black Forge runs, and have to do each several times until the percentage bar in your pursuits is filled. Again it is recommended to do whatever activity you have yet to do this week for Powerful Gear rewards. After that, it seems Blind Well is the easiest way to get this done.

The final step should be completed by the time the other two are finished, and that is to get killing “streaks” without reloading your weapon. This one doesn’t require too much brainpower, just make a conscious effort to avoid that reload button. A weapon with a higher magazine size such as an auto rifle or Outbreak Prime makes this step a breeze.

Another step without too much extra effort put into it, this one just asks you to complete activities with the Rose handcannon equipt. Strikes seem to make this step go by fast, and it also helps speed the process if other members of your fireteam are using Rose as well.

Close to the end of the questline, this step is yet another that has more than one part to it. The first part asks for handcannon final blows in the Crucible. Progress is shared throughout your fireteam, and also doesn’t require you to use the Rose handcannon specifically (although it is definitely not a bad one.)

The next part of this step requires you to produce 50 orbs, a measly number compared to the 250 from before. Just make sure to have a masterworked weapon equipt, and this part can be worked on simultaneously with the other two.

The last part of this step will either take no time at all or be the worst step of the quest. In order to reach the final stage of the quest, you must kill an enemy invader in Gambit before they have the chance to kill any of your teammates. Long range heavy weapons are good for this and make sure to save your power ammo for enemy invasions. Supers like Chaos Reach and Blade Barrage can also be used to shut down an opponent before they have the chance to strike.

The final step in this quest will require you to use the Rose handcannon once again. The strike Will of the Thousands will need to be completed while wielding the weapon, but there is a twist. You will need to destroy purple crystals, not unlike the ones that pop up during escalation protocols, that are scattered throughout the strike.

Make sure you get them all during one go, and afterward congratulations. The lengthy quest is now at an end, and Lumina is in your hands. Enjoy your new exotic!