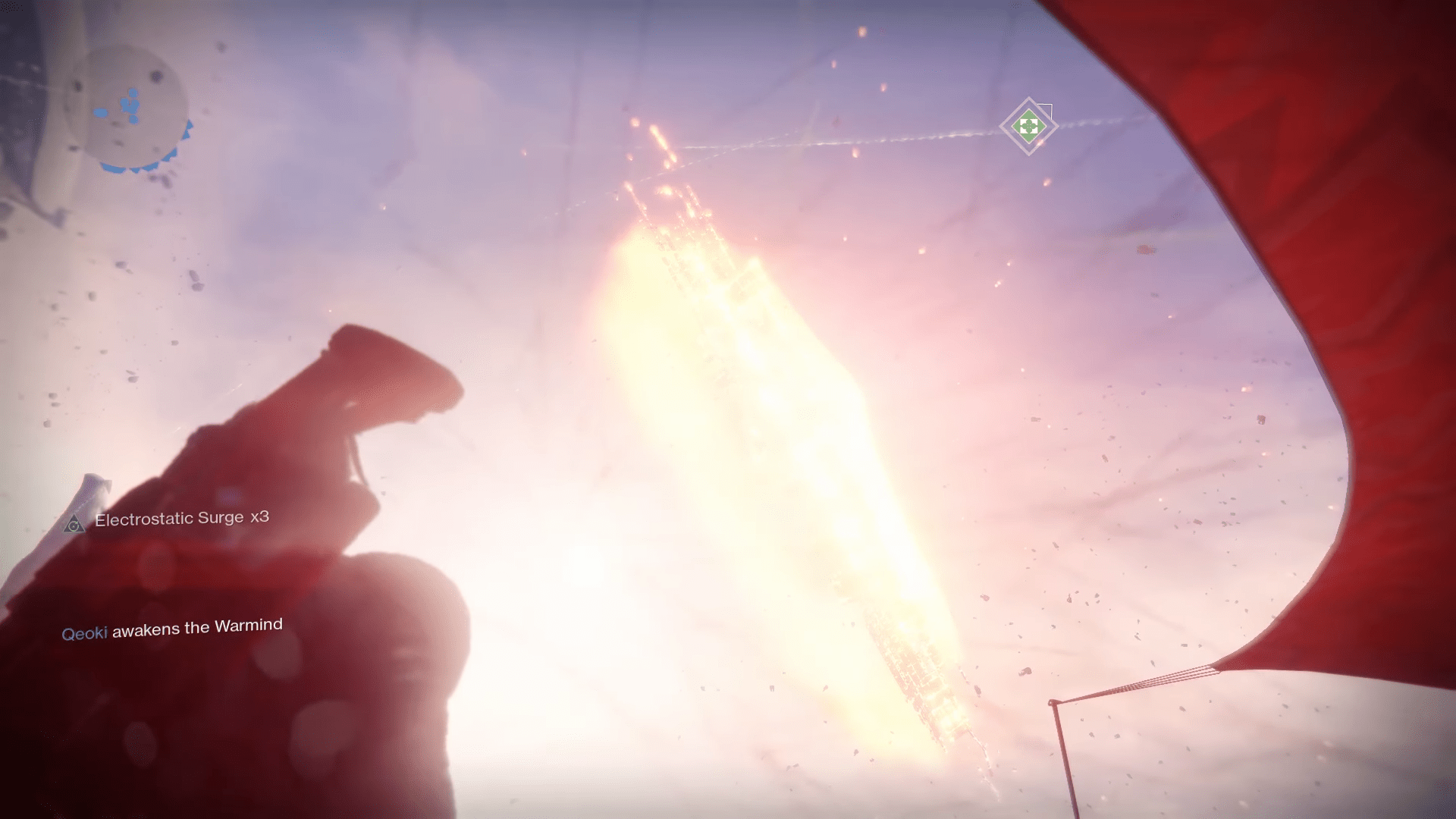 Destiny 2 has always had a bit of a reputation of being a “you had to be there,” kind of game. Exciting moments or seasons don’t seem to last very long before moving on to the next big thing, and the exclusivity of certain rewards doesn’t seem to help this view.

Instead of trying to combat this, it seems the team at Bungie have leaned into it, as the first live event was held at the Tower this morning at 10 am PDT, similar to the well-known Fortnite live events. This, however, wasn’t one of those “blink and you might miss it” type of events.

For some background, the current season in Destiny 2 revolved primarily around powering up Seraph Towers in the game, with the eventual goal of destroying The Almighty. The Almighty is a gigantic Cabal ship that was previously on a crash course with the Tower.

The best way to prevent this cataclysm? Blowing up the ship of course. Rasputin did just that today during the live event, although the general sentiment is that the event could have easily just been made into a 30-second cutscene.

Instead, guardians flocked to the Tower to try and get a glimpse of the fireworks, only to find themselves waiting for 10, 20, 30 minutes after the announced start time with nothing happening.

This reportedly was a grace period for players to make their way into the Tower and start up the game, but fans were confused as this grace period was never officially announced.

Just when players began to lose hope of an event ever happening, red missiles could be seen lighting up the sky. This was just the beginning of the long wait however, as the event took a total of an hour and a half from start to finish, which was a bit excessive, to say the least.

Many who were excited about all the festivities ended up having to dip out early; expecting to allot 20 – 30 minutes to watch the event and then go about their day. Instead, guardians got to experience the missiles move across the sky with all the speed of an overly enthusiastic snail.

Once the explosion finally started, it was indeed epic. The careening mass of debris crashed into the ground far away from the Tower, with the city itself sustaining some minor structural damage as a result.

Hopefully, this will be a good learning experience for Bungie, and won’t discourage the studio from future live events. With just a few tweaks and a notable adjustment of time, live events could be a natural inclusion to the game and give the community something to get hype about. This event, however, definitely didn’t generate much goodwill towards the development team from the community.