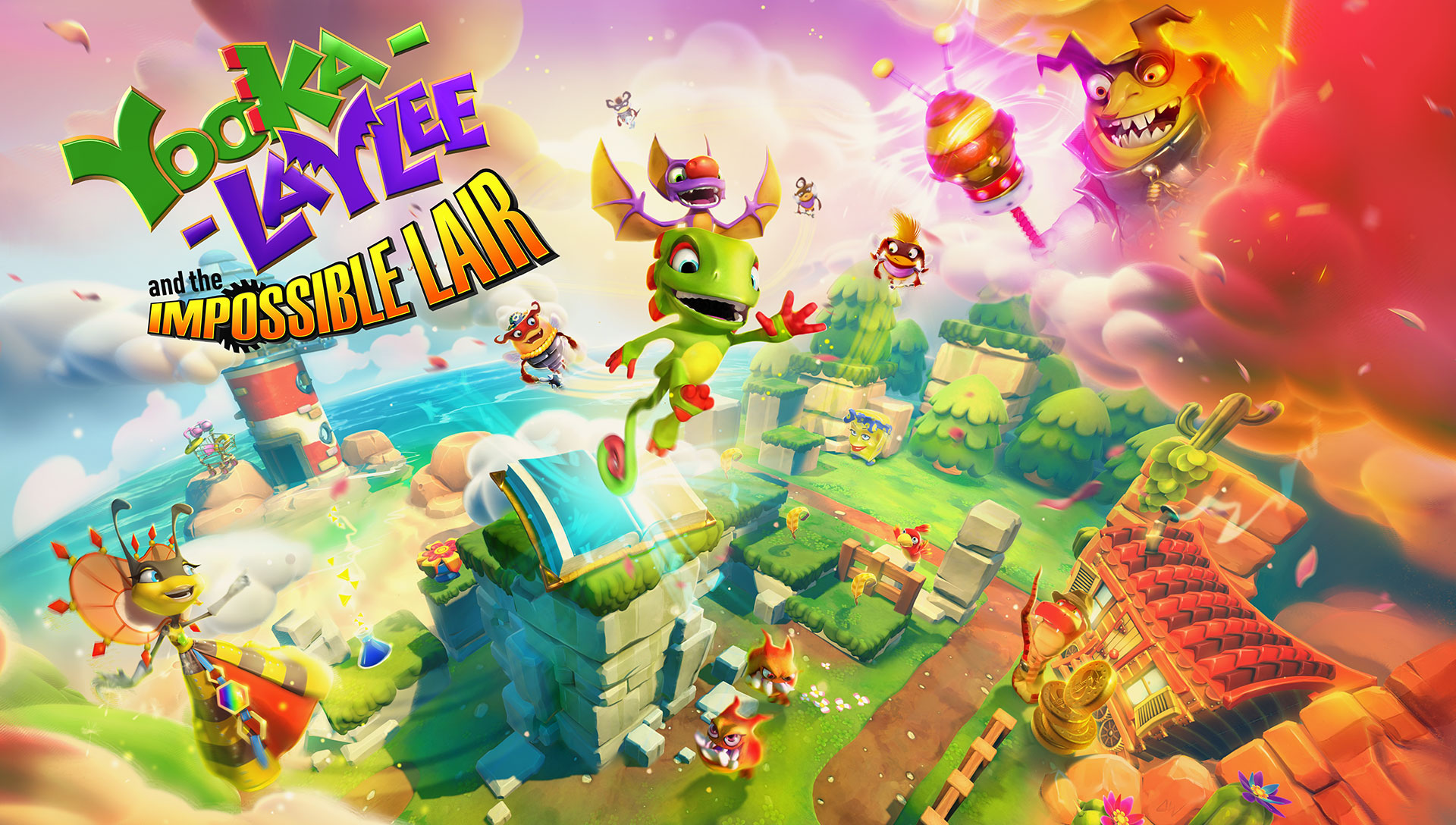 Yooka-Laylee and the Impossible Lair officially launched on Tuesday, October 8th. The 2.5D platformer plays like a modern adaptation of classic Nintendo 64 titles and was developed by most of the same team from Rare, who created such classics as Banjo-Kazooie and Conker’s Bad Fur Day.

Reviews for Yooka-Laylee and the Impossible Lair have been mostly positive. The game comes as a sequel to the first Yooka-Laylee, which attempted to emulate Banjo-Kazooie but received lackluster reviews. Most critics of the first game said it seemed more to be more of a hollow imitation of older games. But The Impossible Lair manages to pick up where its predecessor failed. Here’s everything you need to know about the new game from Crystal Dynamics.

The plot for the The Impossible Lair follows the story of Yooka-Laylee, a duo composed of the chameleon Yooka and his sidekick, a bat named Laylee. (Sounds a little like Banjo and Kazooie, no?) The pair must fight their way through the Bee Kingdom, obviously inhabited by bees, to save it from the evil Capital B. To make it happen, they’ll need to collect 48 soldier bees spread throughout the world to help them save the day.

The game is oddly non-linear. If you wanted to, you could face off against Capital B right from the start. Doing so, however, would end being an immensely difficult challenge. This is because every soldier bee collected by Yooka-Laylee allows them to take another hit within the final boss’s lair. So the bees you collect will serve as hit points within the game’s last level.

One of the most striking innovations in the new game is that Yooka-Laylee and the Impossible Lair is a combination of both the classic 2D platformers and more modern 2.5D (overhead) platformers. Most of the game occurs in the 2.5 “overworld,” but players can enter specific areas that will only be rendered in 2D.

Those areas will change based on your actions in the overworld. For example, by flipping a switch controlling a sluice gate located on a river, the player can flood one interior 2D environment. Doing so will result in new items and enemies being found inside.

Yooka-Laylee and the Impossible Lair can be found on the PlayStation 4, Xbox One, Nintendo Switch, and Windows PC. Steam currently has the title on sale for $26.99, which is discounted from its normal price of $29.99. If you’re prone to miss classic N64 platformers, this might be a great option.