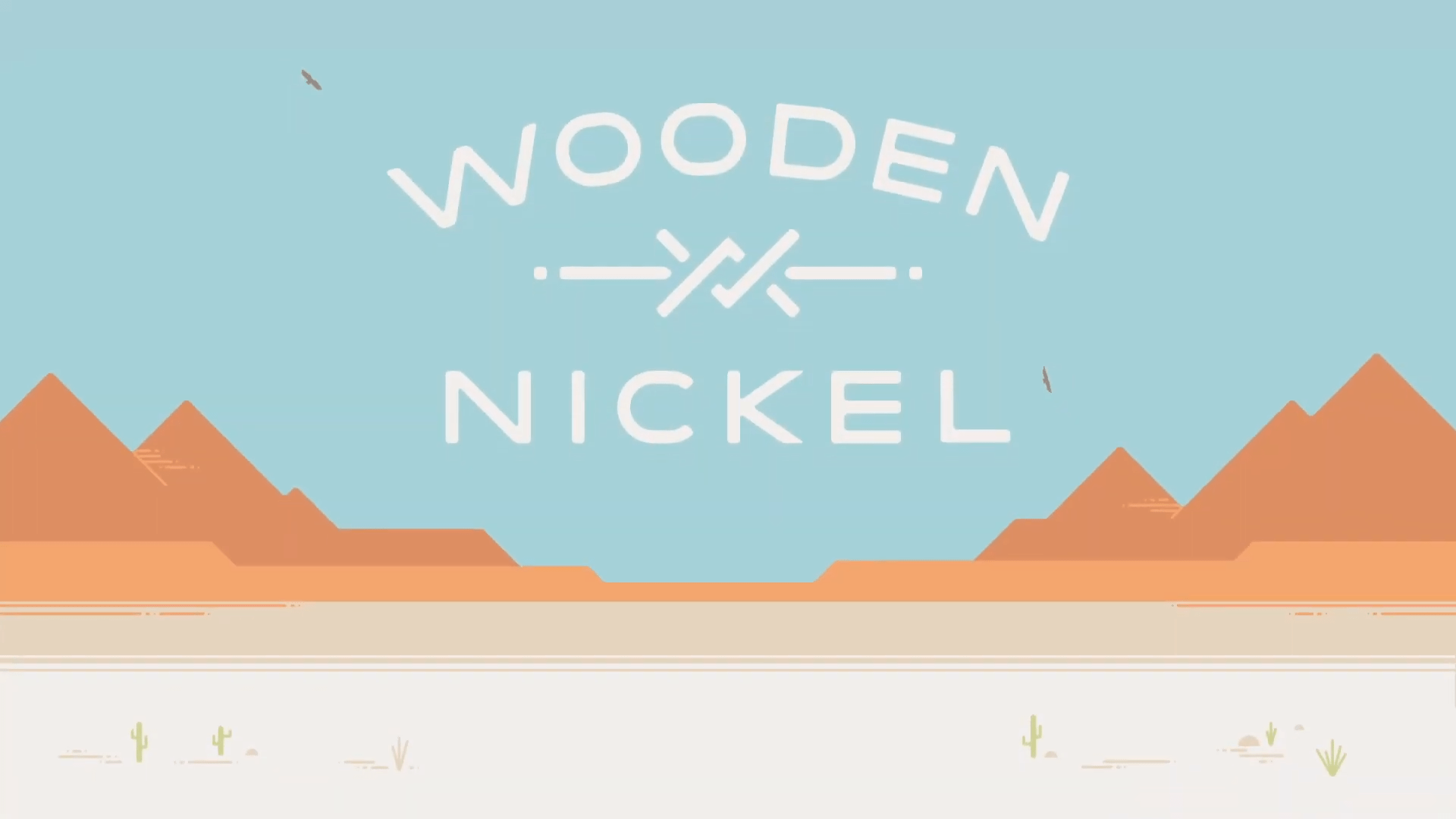 Brain&Brain, the developers behind the unique adventure game Burly Men at Sea, have release the first trailer for their next title.

Wooden Nickel is an upcoming adventure game set in a wild frontier town that shares its name with the title of the game. You play as a newcomer to the town, who has traveled all the way from the east coast. While awaiting a train to take you south, you’ll spend a week in and around the frontier settlement.

Like Burly Men at Sea, you’ll find yourself faced with a variety of different characters and situations, making decisions that will alter the course of the story. Exploring the wilderness, hanging around the local saloon, and dealing with the dangers of the wild west are all part of the experience. The game features a similar minimalist art style as its predecessor, lending a very unique look to the experience.

The development team is made up of married couple David and Brooke Condolora. They refer to themselves as the “left-brain,” David, who does all of the programming, and the “right-brain,” Brooke, who works as the artist and animator. While the couple have had great success individually, they devided to work together and form a game development studio intent on telling interesting stories through games. They call their work “quiet adventure,” made to “tell stories about curiosity.”

Burly Men at Sea received generally positive reviews upon its release. One of the most notable features of the game was the presence of “story codes,” which were obtained by completing runs of the game. The code would appear on the spine of a book in-game, found on the shelf of a coffee shop. Have a particular story that you enjoyed in the game?

You can take the corresponding code, head over to the game’s official website, and order and actual, physical storybook of your in-game adventure. It’s an interesting way to support the studio, and a cool thing to have as a unique reminder of your experience.

While there are still very little details about Wooden Nickel, the team is bringing the game to Pax West 2019, which begins on August 30th and runs until September 2nd. If you happen to be at the event, you can check out the project for yourself at the Indie MEGABOOTH, located at booth number 862. You can also support the developers directly through their official Patreon, where you can also follow the progress of the development through exclusive looks at art previews, videos, and more.