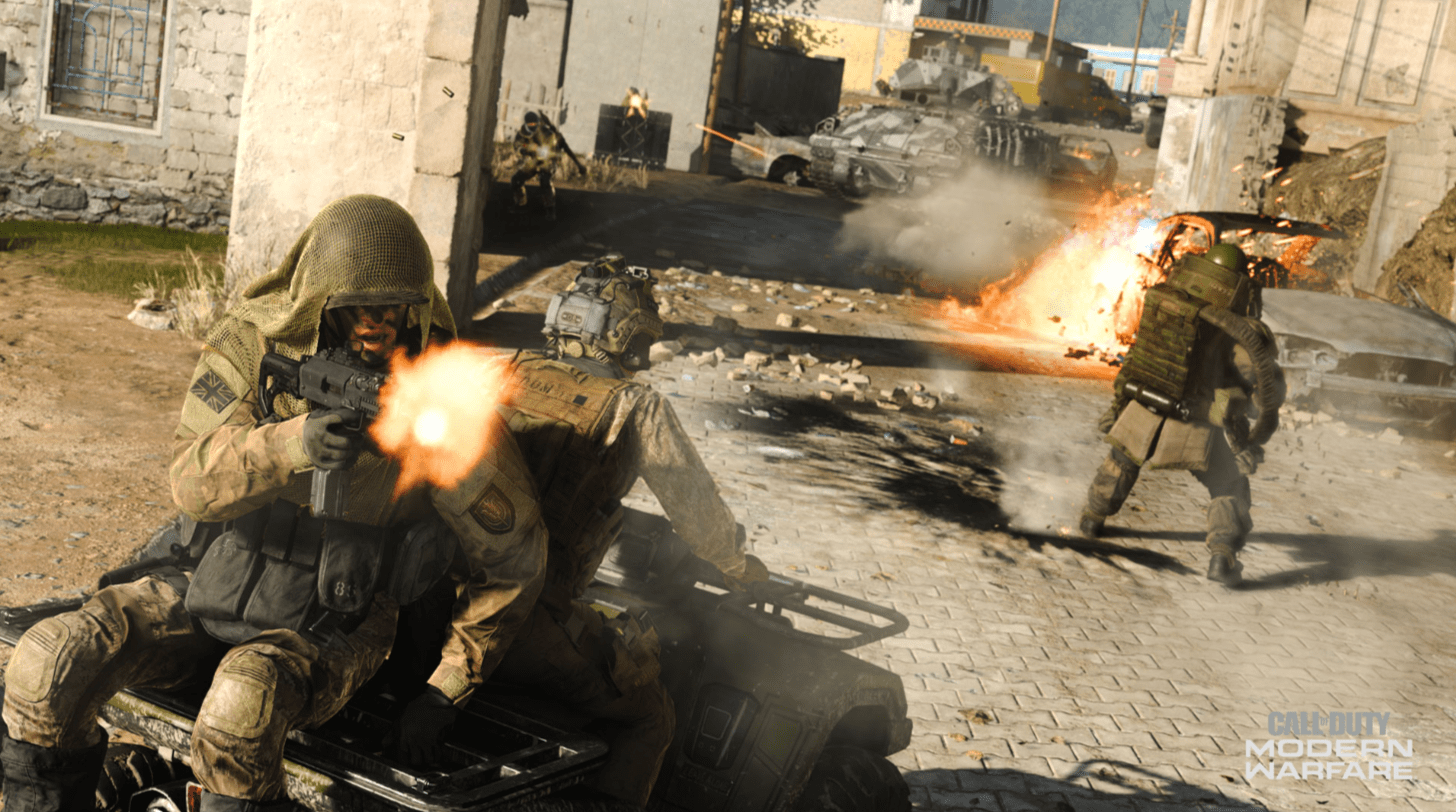 The Call of Duty: Modern Warfare update features game modes players can jump into right when they download the update and others that will be released at another point during Season 1.

Our biggest free content drop ever is here. Jump into Season One now, available on all platforms. #ModernWarfare pic.twitter.com/ztRn6ifsXa

Reinforce is available right when the player downloads the update. It’s a mix of Search & Destroy and Domination. Players only have one life like in (S&D,) and the objective of the game is to control the three flags (Domination.)

A unique element with Reinforce is when a player captures a flag for their team, all of the players that died on their side will respawn. The game mode is played in rounds, with teams getting the win by controlling all three flags or wiping out the opposition.

Crash 24/7 has also launched, which has taken over the Shoot House 24/7 mode.

Two game modes will launch during this season, Infected and Gunfight O.S.P.

Infected, this is a classic, thrilling mode that forces individuals to work together against an
infected player. The one infected can only use knives to kill the other players. Once someone is taken down via knife, they’ll join the infected ranks. It’s the survival of the fittest for non-infected players as they try to survive as long as possible.

The Gunfight O.S.P. (On-Site Procurement) game mode is a lot like Gunfight. But players don’t start with a random gun. Pairs will begin with no weapons or equipment and will have to scour the map for a loadout, and each round resets like the original Gunfight.

Apparently, even more modes will be launching throughout Season 1. If anyone has been paying attention to Call of Duty Reddit boards or Twitter, there has been leaks about a 200-person Battle Royale game mode, and some information dropped about 1v1 and 3v3 Gunfight modes as well.

This update did remove some game modes, as well.

Gun Game has been removed from online multiplayer, but it can be played in a private match. Shoot House 24/7 was told to kick rocks as well, being replaced with Crash 24/7

The 2v2 Gunfight Tournament is gone now as well. It was only in for a bit and was announced a
quick limited-time mode, so this shouldn’t be a big surprise for anyone. If players check out the Call of Duty patch note Reddit board, there are some annoyed comments about 2v2 leaving so quickly. It’s probably not an outlandish thing to think that it’ll come back quickly after all the positive feedback. Stay Frosty!

Aug 9, 2022 Tom Lee 310
The platform hierarchy has a gloomy future, according to Activision Blizzard's quarterly financial report, which was revealed last week. Due to...