Bloodstained: Ritual Of The Night DLC Is Being Worked On With No Current Release Date 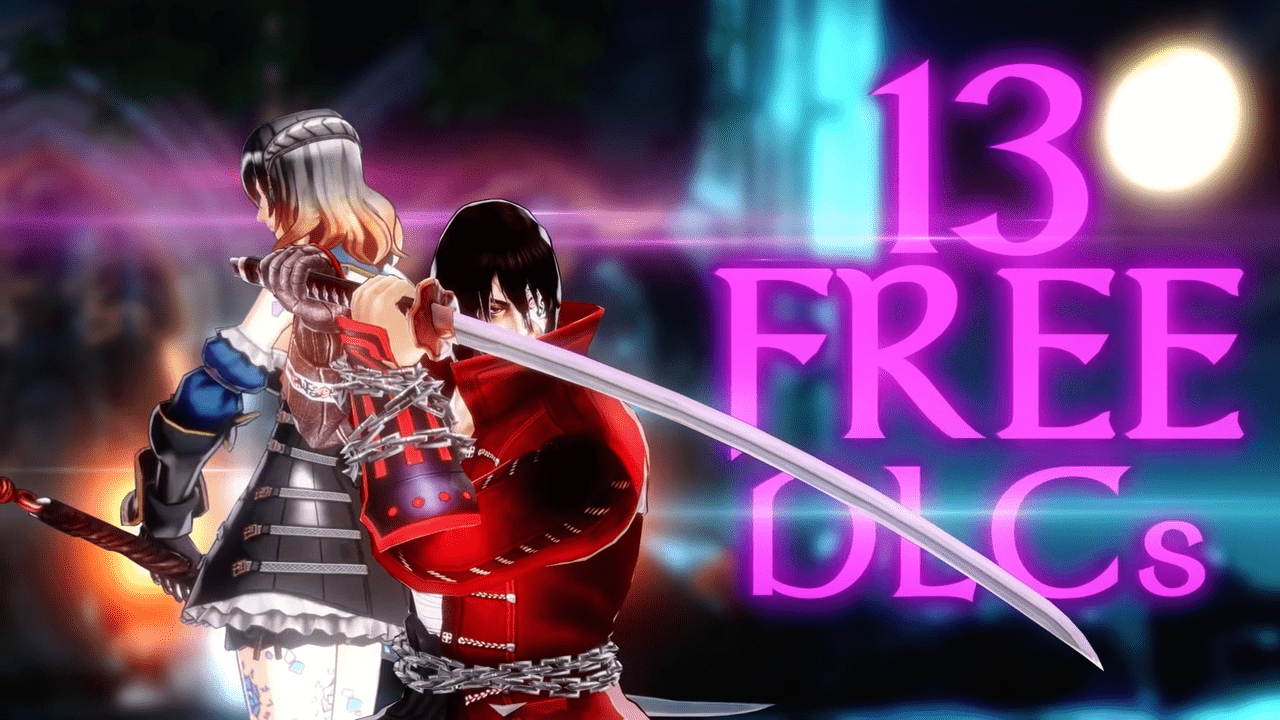 Bloodstained: Ritual Of The Night came out in June of 2019 on Steam, Xbox One, PlayStation 4, and GOG to high critical reviews from development studio ArtPlay; working straight from the heart and soul of Japan, Tokyo.  With the legendary developer Koji Igarashi leading the development process, the colloquial godfather of the Castlevania franchise, the Kickstarter was a resounding success with $5,545,991 pledged, with the goal being $500,000.  The initial funding goal was reached within a single day on the crowd-funding platform, with project launch on May 11, 2015; the goal was reached and surpassed on May 12, 2015.

The title attracted a large number of fans of the Metroidvania genre with Igarashi at the helm, and the hype grew exponentially over the almost half-decade that development took.

While there is a multitude of driving forces behind the popularity, the title also came with an attractive promise; there would be future DLCs that will come free to all owners of the title.  No additional purchases necessary as ArtPlay vowed to drip-feed more content over the life of the title.  The Steam page hyped up users, stating that there would be an obscene number of updates to the title, and the Steam page itself as time progressed.

Then everything seemed to stop once the title was released on PC; ArtPlay turned their attention to console ports, and there hasn’t been a singular Steam announcement since then.  Even ArtPlay’s Twitter account has been vacant of announcements in regards to anything other than the studio continuing to fight to get the Nintendo Switch port to function as it should.

Xbox Update 1.0.0.6 is live! You can see all of the update notes here: https://t.co/GdiYfWfbzn

DLC for Xbox is very close, but is not live as of this update.

Perhaps it’s entirely on the Nintendo Switch that has ground ArtPlay and Bloodstained to a decided halt in content and announcements, yet many users are simply waiting for any news about the rest of the content that is to come.  Actually, most will make do with simply having news about the title that doesn’t revolve around ports getting updates.

The actual updates are only occurring on Kickstarter, so many will need to visit Bloodstained‘s crowd-funding page to find them.  The good news is that the developers at ArtPlay didn’t suddenly disappear after launch in a rapture-esque manner; they just forgot about Steam, or perhaps don’t know how to send their news to the Steam platform.  Even the website for the title has the latest piece of news coming from May of 2019.

The bad news is that the closest we have in regards to a timeline is that the content ‘is coming’.  ArtPlay is working on bringing the first new playable character, Zengetsu (the samurai) to the title, along with two new game modes.

ArtPlay also announces on Kickstarter that a more ‘regular cadence’ of content will be coming once all platforms have reached a level of parity in regards to available content.  If that means that the Nintendo Switch version needs to work as the PC version does, expect a long wait.  Surprisingly, it appears as the Xbox One version is the farthest behind, most recently stated as being on patch 1.006 versus PlayStation and Switch on 1.04; the PC version has yet to receive any news.

Update 1.04 for the Nintendo Switch is now live!

As we’re brought to the Kickstarter page to figure out news, there are some interesting tidbits that haven’t yet escaped the realm of crowd-funding.  First, many early backers still have yet to receive promised gifts in exchange for backing; from physical releases of the title to maps and apparel, people are frustrated with ArtPlay.  Packages missing content or having to pay for customs multiple times for shipping pieces of the package.

Secondly, there are some vocal community members about people being offered in-game content that was supposed to be only for backers.  ArtPlay held an open poll, asking the community if they should allow the content outside of Kickstarter backers, and the majority voted yes.  Thus, Bloodstained: Ritual of the Night ended up with some ‘just for fun’ DLC on launch.  This, apparently, was the wrong move in the eyes of many backers.

The comments devolve quickly as most internet forums do; people requesting the studio to manually stimulate themselves, or perish, is not uncommon within the Kickstarter community of Bloodstained.  Very surprising, as outside of Kickstarter the title is viewed as a pinnacle of the Metroidvania genre.

Getting updates on what the studio is doing seems to be a Herculean task for gamers, and manually sorting through their various announcements is not ideal for either the studio or for fans of the title.  At least we know that it’s being worked on.

BLOODSTAINED: RITUAL OF THE NIGHTMETROIDVANIA

The Game Creation System Dreams Is Now Available For The PS4

Dec 3, 2020 Chris Miller 4360
We admittedly could have written this up before the title even dropped after it struggled valiantly (and continues to do so) on the Nintendo Switch...

Nov 12, 2020 Chris Miller 7530
Bloodstained: Ritual of the Night has had a bit of a rocky road, paved with good intentions as most of the roads paved to hell tend to be. What...

Nov 8, 2020 Lisa Nguyen 4620
Previously, NetEase Games announced in a press release its plans to work with developer ArtPlay to port Bloodstained: Ritual of the Night to mobile....