Players have a way of creating their own content long after the developers stop producing for their game. Bloodborne is no exception as the community joins together once again for a “Return to Yharnam” event. For many fans, this announcement brings a mix of fear and excitement to the game giving some a chance to experience the world once again.

This player-led event is made to celebrate the game with as many community members that can attend. They find that the best way to celebrate this game is to play it together. The event will run from October 5 to November 5 and comes with a set of rules. The goal is to make the most of Bloodborne’s online co-op features and PvP capabilities with fresh new characters.

This is one of many community events being held in varying game worlds for Halloween. In this one, players are being encouraged to dress in their best outfits giving the event an almost uniform and festive feel. Everyone seems to have a different idea of what outfit would be best, so user Whodey226 is compiling the list together.

This has been a yearly event being held at a different time every year. Last year’s festivities took place on March 10, but there is something fitting about this October event. Each year it is organized by a separate user with the goal of trying to ramp up the community and bring fans back for a yearly raid on the monsters of the night.

Games like Bloodborne tend to have a mostly single-player experience. Although you can summon help for co-op or be invaded in PvP most of the time, you will not see other players. Over time these games tend to lose online activity. They are mainly populated at launch and during DLC releases, but more and more players slowly leave each world.

This is the reason fans started hosting these Return events. Although these games have diehard fans who still are active many of the others, have started other campaigns in other worlds. Every so often, though, the community comes back together, and by coordinating an annual event, it reinvigorates the online experience and makes co-op and PvP viable again.

Although new players are not shunned from these events, the community has strong opinions about how the game should be played. Many members of the community soloed the bosses during their first run through, and it acts as almost a rite of passage for the game. Although you could summon other players to aid you, it would not be the same as trying to experience it yourself.

So the hoont is on as they say. From October 5 to November 5, you can explore the world of Bloodborne as it was back during the early days of release. With an active community during this time, it is a wonderful way to spend the spookiest time of the year. 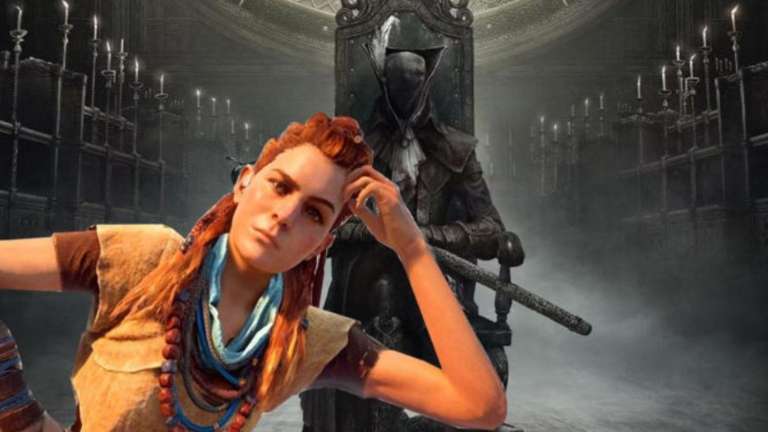 The Rumors Of A Remaster In Horizon: Zero Dawn Have Enraged Fans Of The Dark Fantasy Beast-Slaying Game Bloodborne

Oct 7, 2022 Tom Lee 860
Fans of Bloodborne are understandably upset that PlayStation and FromSoftware have kept them in the dark about the rumored impending Horizon Zero...

Oct 3, 2022 Michael Gunn 580
Fans of Bloodborne are at a loss to make sense of the recent PlayStation report. For a long time, players have expressed interest in a PC port,...