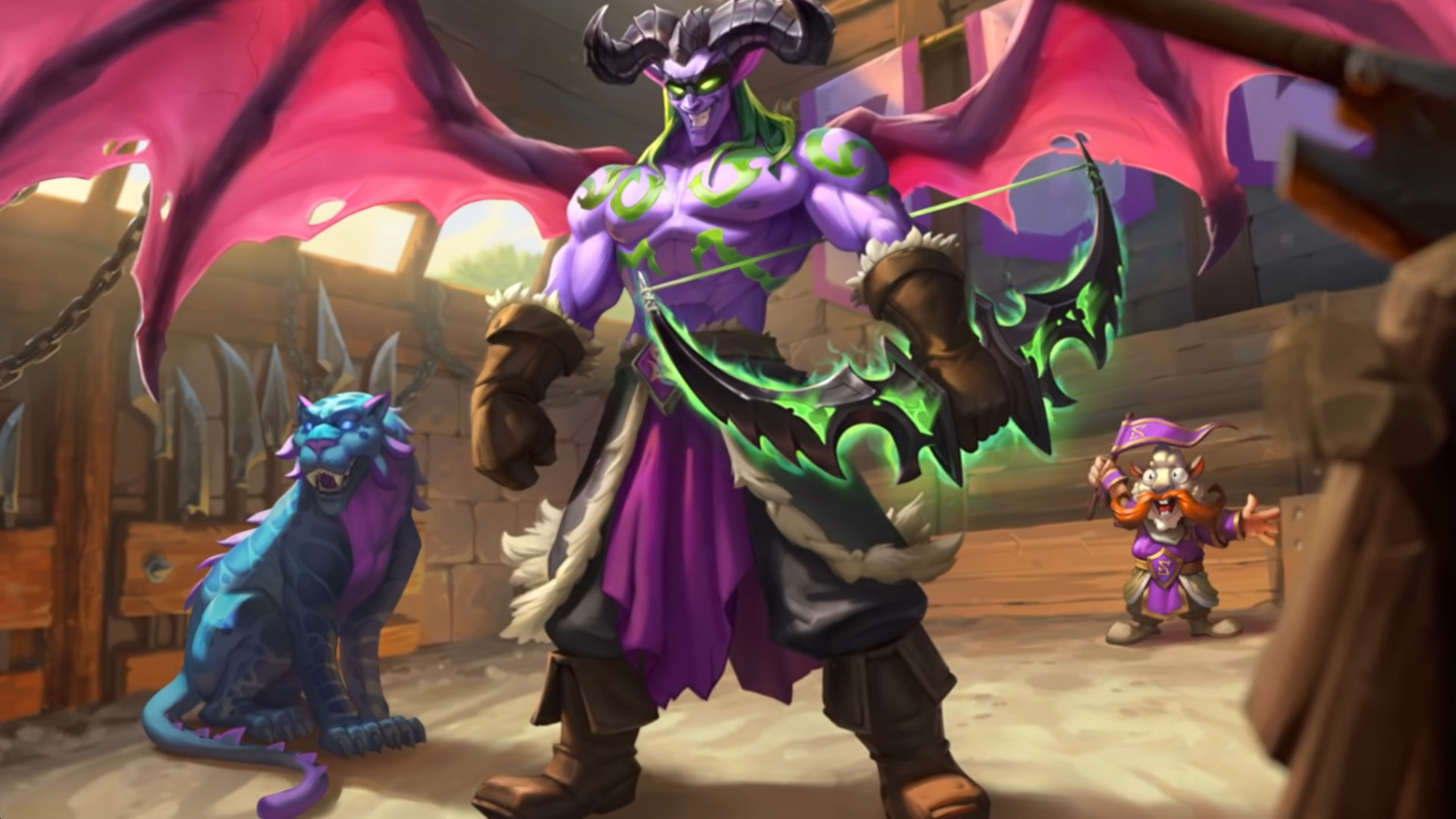 The seasonal Inn-vitational showmatch series has been announced for Hearthstone to happen by the end of this month. The tournament will feature the CCG’s latest expansion, Scholomance Academy, and some of the most popular content creators and pro gamers. Not only do spectators discover new decks and synergies, but the stream also provides Twitch Drops for in-game rewards.

The tournament will take place on August 25, participated by 20 players separated into ten teams of pairs. A whopping $100,000 shared prize pool is on the line for each team that will bout in four rounds of best-of-three games. The format circles around this expansion’s dual-class cards for each duo.

Get ready for the Dual-Class showdown! 💥

20 overachieving students of #ScholomanceAcademy will take to the Inn-vitational stage on August 25! 🏆

The structure of the competition states:

As stated earlier, the stream will provide fans real in-game rewards via Twitch Drops. After watching two hours of the Inn-vitational tournament, viewers will earn a Scholomance Academy pack. Watching another two hours and players will find Hearthstone rewarding them with another pack. As always, with the Twitch Drops system, the rewards only work if the viewer’s Battle.net account is connected.

The tournament is scheduled to broadcast on August 25 from 12 P.M. to 5 P.M. Central Standard Time. The matches can be viewed on both Twitch and YouTube Hearthstone channels. The casters will be brought to the community by Frodan and Sottle. Aside from this, the streamers and pro players participating are expected to air their perspective. So, if you are anticipating a specific player or even a predetermined class, make sure to tune in and support them.

The 20 players, divided with their specific class, are as follows:

School of the Hunt