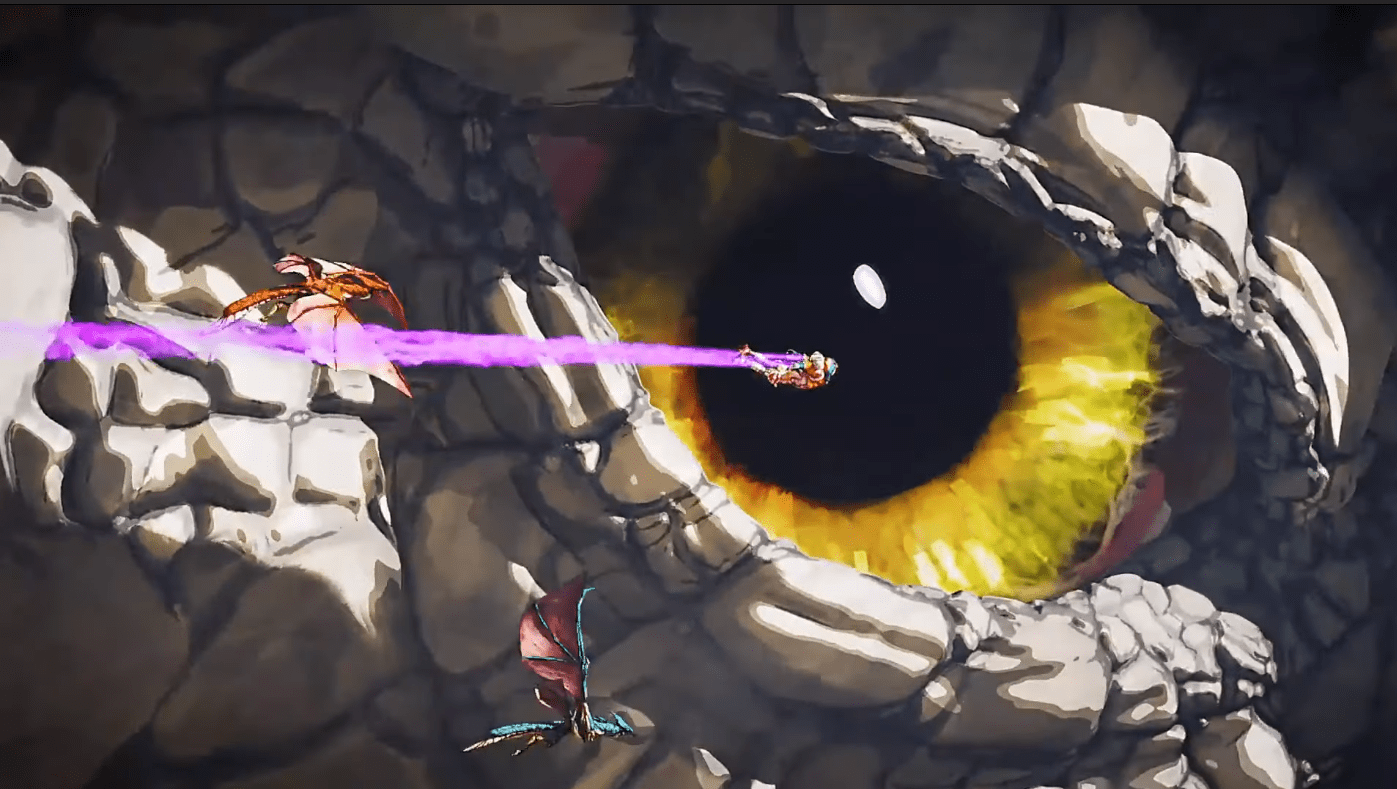 Apex Legends is still a couple of weeks away from season two but big changes are happing in the game already. Players have begun to see giant dragon-like beasts soaring through the sky, and as anyone would do in an FPS game they are shooting them down. To everyone’s surprise, the beasts are not getting killed without first dropping the box they are carrying which happens to be a player death box.

Previously data minors had dug up information regarding the flyers and other creatures that will be appearing in Apex Legends. Drew McCoy, lead producer of the game, did tease the appearance of dragons back at the EA Play event in E3. Most players assumed the flying beasts would be added into season two but instead, they are added spontaneously with zero warning.

Both players and streamers are sharing videos of these beasts and it is currently unknown if the winged creatures pose a threat to any players. Respawn and EA have both been silent about the flyers and many are sure that there are more surprises just waiting to be discovered.

Aside from just the new addition of the flyers the massive Leviathans that wander outside the map have moved significantly as well. The trailer for Season 2 that debuted at EA Play showed a giant lizard’s eyeball at the end and although the flyers are smaller then shown they could be a warning sign of a greater event in the future.

Apex Legends is still competing with Fortnite in the battle royale market. Fortnite is known for big world-changing events each season and other companies are following suit. Black Ops 4 broke their dam during expansion and even PUBG has made map edits since launch. For Apex Legends to get ahead in the battle royal competition they have to pull something big out of their development team.

Respawn has commented that it will release content at a comfortable and slower pace as to not burn out the team but they were mostly referring to weekly and monthly updates. The new season could mean no rules for the development team and with such an active and excited community behind them, everyone is waiting for something big.

The game was launched for PC, PS4, and Xbox One for free early last year. The game will continue to be free to play even as the game grows and all loot boxes will still be cosmetic only. Although the future is unknown for the game at least they are still upholding their promise to not take advantage of the fanbase behind them.

Sep 23, 2022 Michael Gunn 390
The creators of Apex Legends, Respawn Entertainment, have made a report warning players cease abusing members of the development team. The statement...

Sep 8, 2022 Tom Lee 650
There is a discussion in the community about some players' desire for Respawn Entertainment to alter the way Heat Shields are distributed during the...