Animal Crossing: New Horizons–Everything You Need To Know About Fake Art And How To Spot It 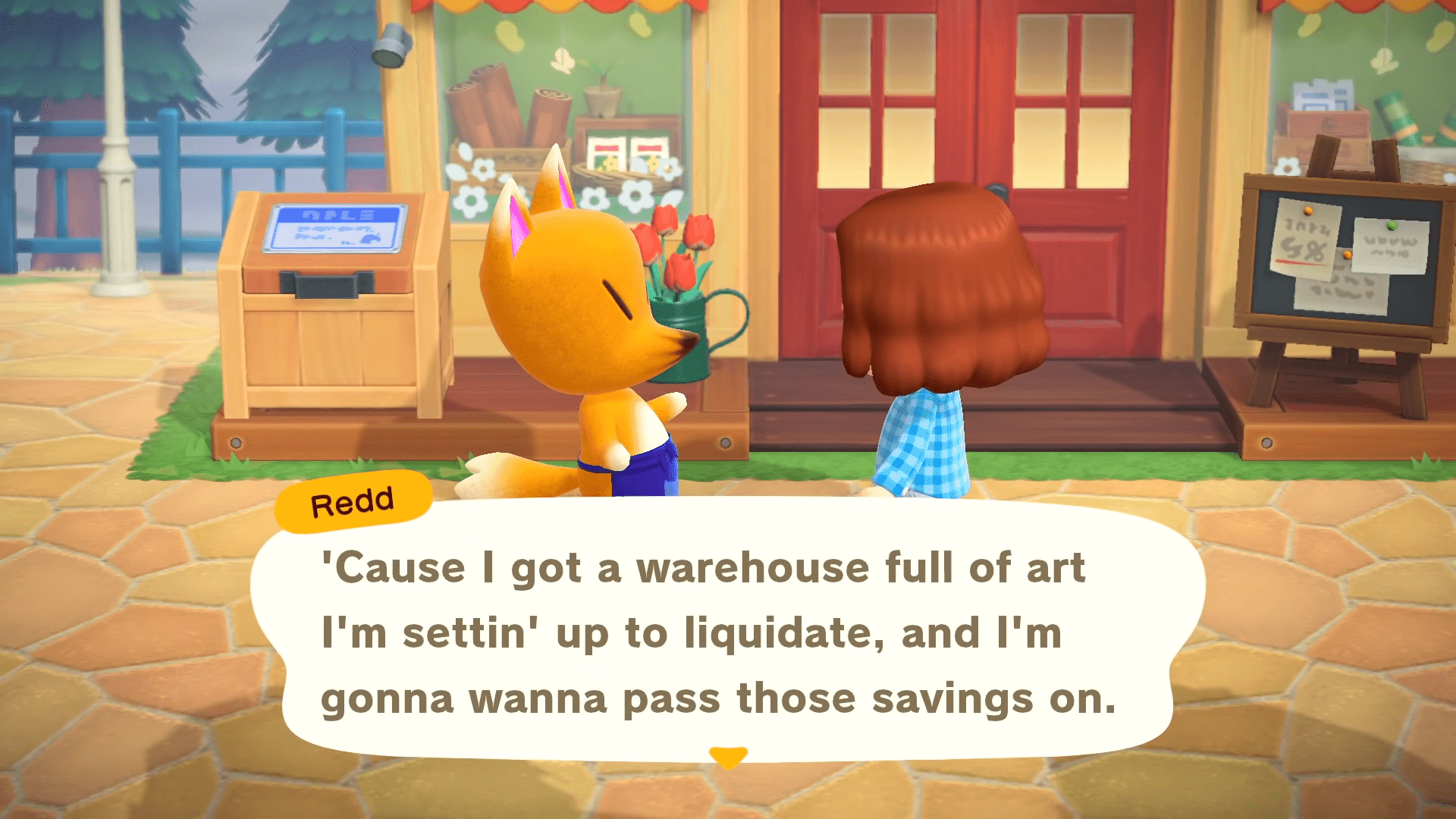 Some of the most recent updates to Animal Crossing: New Horizons have brought a host of lovable characters and vendors to sell a wide variety of new items and collectibles. One of the most popular additions is the ability to buy art from a vendor called Redd, and display it in an all-new Art Exhibit in Blathers’ museum.

If you’ve had any dealings with Redd, you’ll know he’s of ill-repute. The seedy kitsune does indeed sell art, but it’s not always authentic. Redd gives off an art-hawking, mafia vibe that while lovable, isn’t always conducive to trying to build up a museum of priceless artifacts and history.

Many of the art pieces that Redd sells are directly referenced from real-life works of art, such as the Starry Night and others so it takes a keen eye to be able to spot fake pieces from real ones.

Unfortunately, art that is faked cannot be displayed in Blathers’ museum, and Blathers will notify you if art you’re trying to donate is faked. Even more unfortunate, Redd does not offer refunds for any reason.

In order to even be able to purchase art from Redd, you’ll have to have donated at least 60 items to the museum, including the 5 you give Tom Nook at the beginning of the game and the 15 you give Blathers in order to open the museum.

However, once you’ve done so, his boat will always be docked on the small northern beach on your island starting the next day. You won’t be able to enter it until you find Redd himself wandering elsewhere on the island.

Talk to him and wait for him to apply his family discount and buy the first art he sells (it will always be genuine), and then give it to Blathers. The art he offers is random, too, so what you get will likely be different than what someone else gets.

The best way to tell whether or not a piece of artwork is faked is by pulling up the images of the real artwork and comparing them to the artwork that appears on the boat. It’s important to note that all 4 works of art available to purchase can be genuine or fake, so be sure to choose wisely!

Sometimes, there is a benefit in keeping fake art if you’ve accidentally bought any from Redd. Although you won’t be able to sell it, some players have reported that the art pieces are haunted, meaning that they might float off of the ground and hover menacingly when interacted with.

If you wish to buy art pieces both genuine and faked, places like Nookazon and nook.market exist to fill all of your art-buying needs!