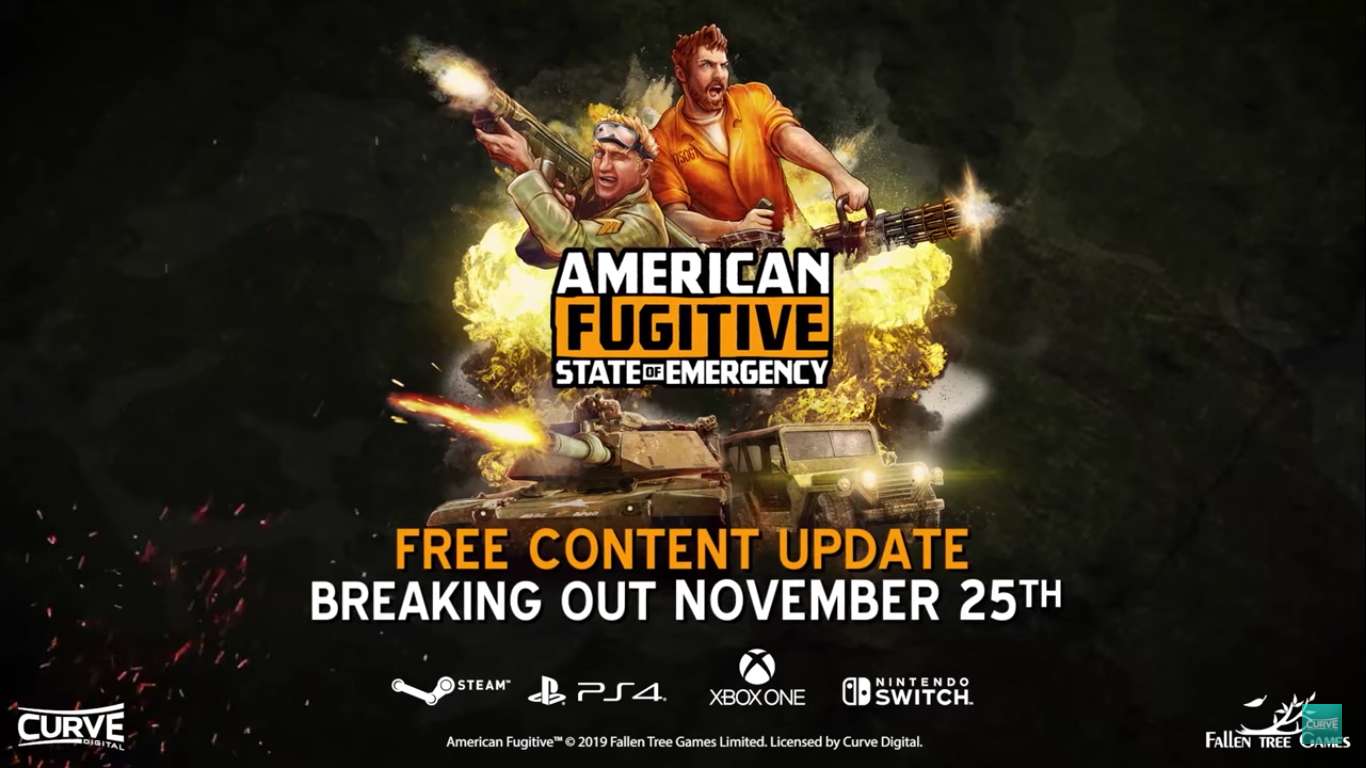 Fallen Tree Games’ widely successful game is getting even more content. To celebrate the day the game originally released, the developers have released a brand-new free updated for all platforms called ‘State of Emergency.’ What started as a mission to unveil the real killer of your father has turned into a massive bloodbath of explosives and chaos.

This expansion brings in the military to stop your charge of bloodshed across the US. It has been incorporated into the game via an update and includes tons of new challenges and content for fans to enjoy on their next shooting rampage.

There are ten new challenges that spread through three areas. You will not be able to see the new content if you have not reached Port Providence or Ridge Plains yet, so make sure you progress through the story to have access to all the State of Emergency challenges.

The game has two new weapons being showcased. The bazooka for some explosive chaos and the minigun for those endless hordes of baddies in your way. There are two new vehicles for you to steal and enjoy. The Westmoreland Tank and the Army 4×4 can bring new levels of explosive devastation to your fingertips.

To continue in their appreciation for GTA’s style, a 5 star wanted level has been added to the game. This will bring in the military to try and stop you when you have committed too many crimes. The toy factory is now a military base filled with the new soldier NPCs and the added soldier uniform.

Alongside the main content, tons of minor bugs were fixed, and the AI was updated. The AI will now burst fire when using automatic weapons, and the police NPCs will flee from burning cards. To further improve realism, the NPCs will no longer shoot cars if they are standing to close to them. Animal ragdoll physics have been added, and the bullet impact sounds for vehicles, buildings, and people are now drastically improved.

The developers showcased the new content in a live stream during the time of release. They encountered tons of resistance and even had to face the new NPC titled ‘Sarge’ who has come to stop your rampage.

If you want to play a game that takes after a traditional GTA mentality, then you can purchase American Fugitive on Xbox One, PlayStation 4, Nintendo Switch, and Steam. The game costs $19.99 but is on sale in celebration of its original release. 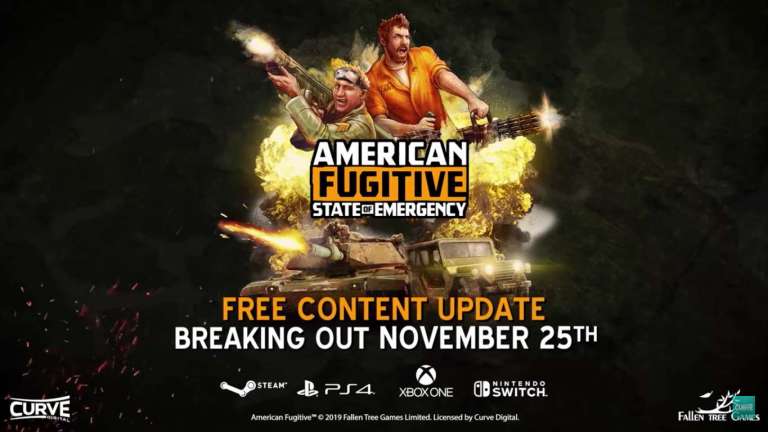 Nov 25, 2019 Joshua Goodpastor 8030
Fallen Tree Games' widely successful game is getting even more content. To celebrate the day the game originally released, the developers have...