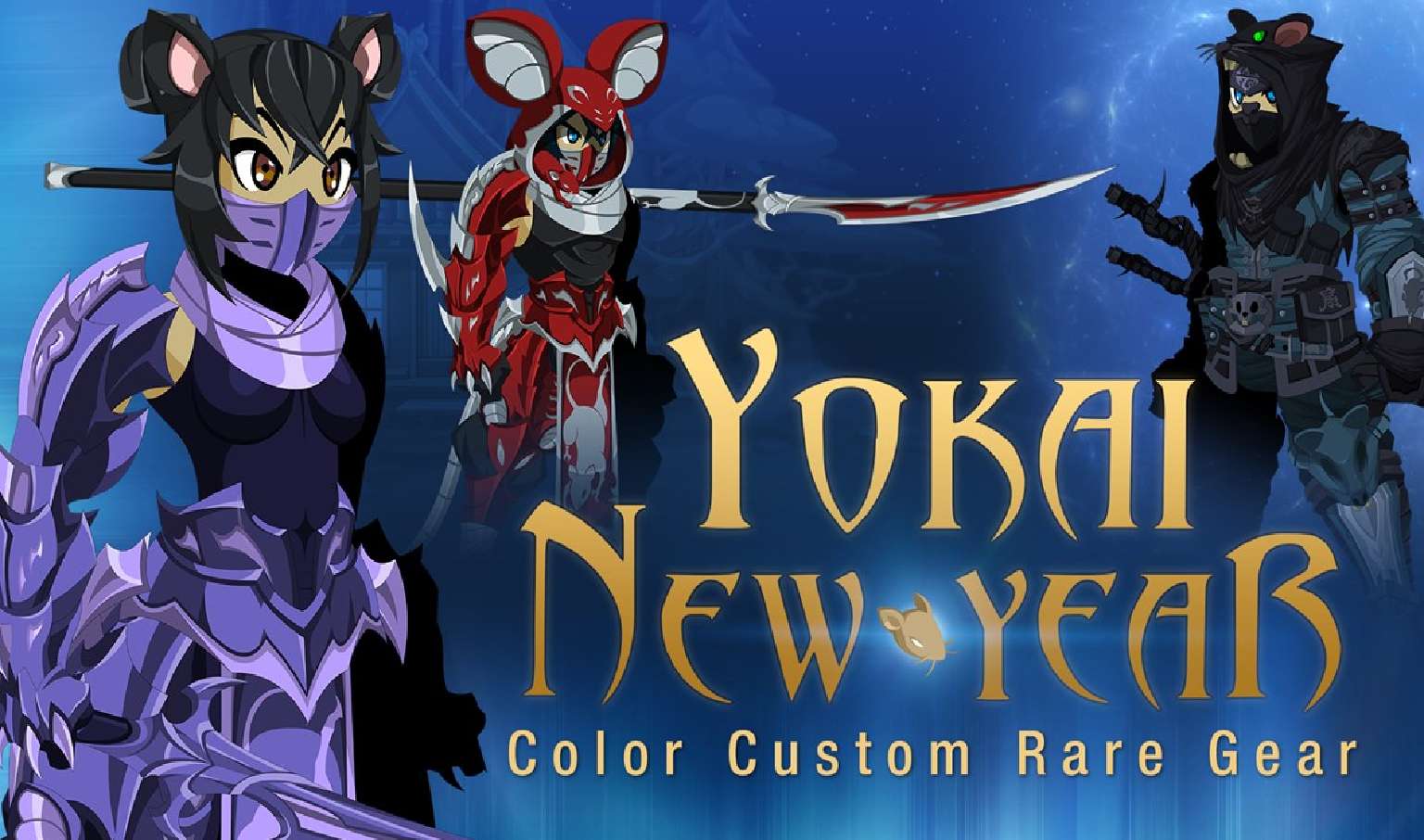 With the Lunar New Year recently passing, the Artix Entertainment teams prepare their games to celebrate it. And it is AdventureQuest Worlds that gets the new content with additions to Yokai Island.

Yokai Isle blends many cultural elements from China, Japan, and other Asian countries to create one of the most popular zones in-game. So every year, the team celebrates Yokai New Year in the town of Akiba. This year is the Year of the Rat, which brings the colors of colors green and blue, in the Yokai Calendar and Akiba’s new year celebration is getting disrupted by an infestation of rodents.

Players can log in this week and help Empress Miko and Bronwin the Pied Piper drive these vermin out of Akiba.  But be careful, as music may soothe the savage beast, or make it even angrier.

To get to the area quickly, players can type “/join akibacny” and talk to Empress Miko to begin your adventure. Once there, they can get all the returning seasonal items.

For the week’s boss monster, it has been given a chance to drop many items, which include; the Ratnegade armor set, the Cheese daggers, the Rat Bomb, the Ratnegade katana series, the Chibi Shu pets, and the Chibifar0 pets.

But the boss isn’t the only one dropping event items. Other monsters will also drop items, including; Yokai Peek-a Helms, Shu Basket of Surprises cape and the Kawaii Yokai Hair helms.

Players also have access to the Yokai New Year Merge Shop, where players can pick up the member’s only Lán sè Sh Ninja armor set, the available to all players Lǜsè Shu armor set, some Foo Dog pets, some Parade weapons, some Parade accessories, and many more items not listed on the Artix website.

The team is also celebrating the Year of the Rat with new armors. Inspired by the deadly ninja that stalk the isle of Yokai, players will find all the color-customizable rare event items in the Featured Gear Shop in their Game Menu.

The Lunar New Year is a time of celebration, and Artix Entertainment has gotten in on the fun. Players won’t want to miss out on this fun event.

Are DC's Birds of Prey Headed To Fortnite For The Battle Royale's Next Crossover Event?