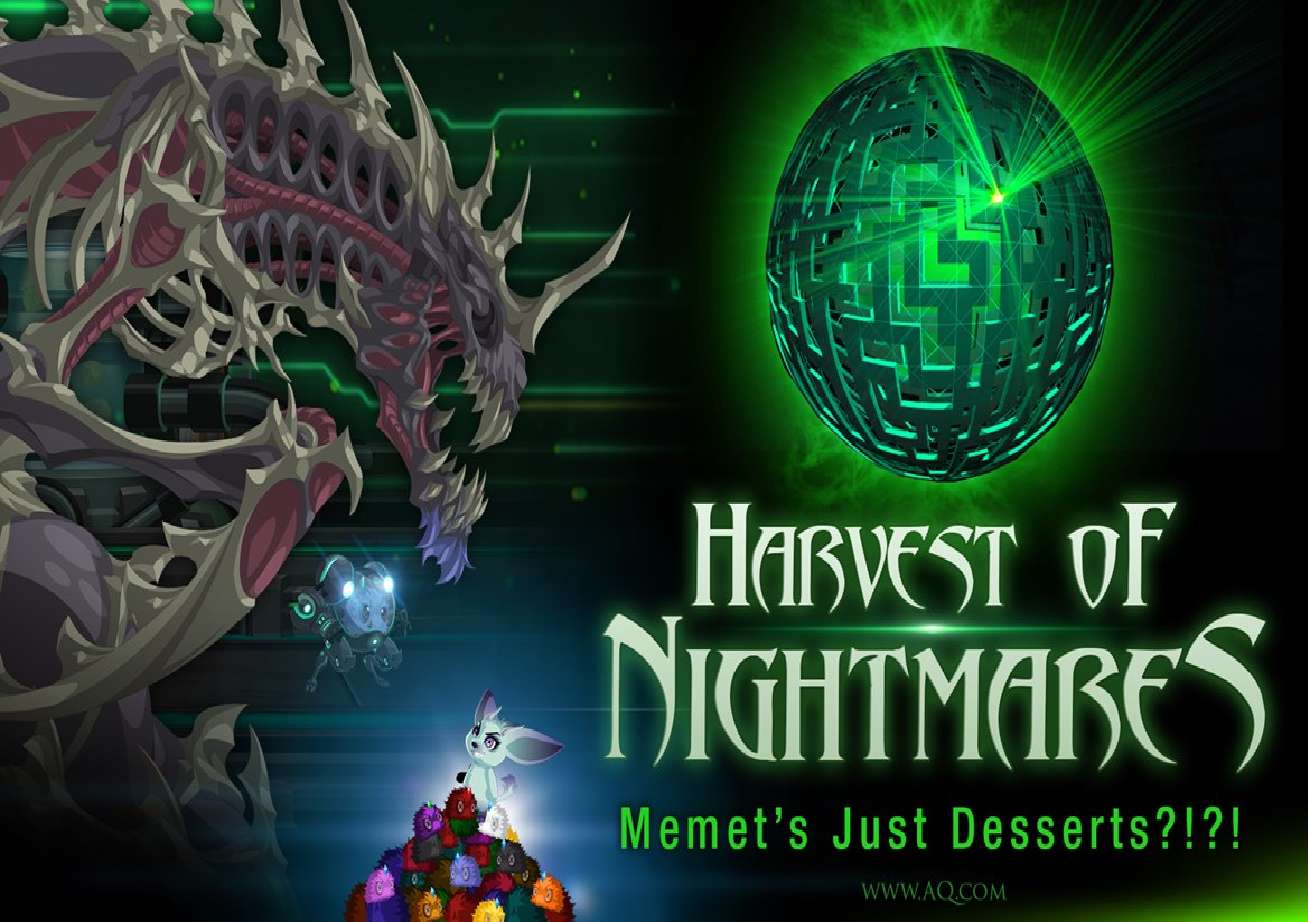 All good things must come to an end, and AdventureQuest Worlds releases the final week of their annual Thanksgiving event, this year’s Harvest of Nightmares. Memet the Nightmare Moglin was contacted by the hostile alien race, the Feegrix, and then invited them to this year’s Thanksgiving event, or Harvest Day as they call it in LORE, but instead of joining in on the feast Oshii the Troll Chef made, they wanted the players on the menu.

As a reward for surviving the Harvest of Nightmares, players will get access to more event-specific items, including over 35 Furble helms, pets, and house items, the Intergalactic Harvester armor set and the Feegrix Queen house item. This is, of course, on top of the items players will still be able to grind for from previous Thanksgiving events like the Harvest Hunter armor, the Harvest Bow+Quiver, Harvest Hunter Quiver Cape and many more from 2018, the Bounty Hunter armor set, Native Turkey Hunter armor set, The Pilgrim Rogue, Warrior and Mage armors from 2017 and many more dating back to 2008.

The important thing to remember, though, is that there is a difference between armors and classes in AdventureQuest Worlds. The Pilgrim Rogue, Warrior and Mages are classes, whereas the Harvest Hunter armor is an appearance modifier.

But let’s not forget the special treat for the fanbase; the Technocaster will bring in a special member of the player community, something Artix Entertainment is famous for. The majority of the staff for Artix games came from the community, including but not limited to Galanoth, Geopetal, LZKorin, and Aliana. All these names are actually of characters from the franchise as well, so who knows who is going to come in as a new character next?

Artix Entertainment is a fun-loving company with a history of great storylines. Players will not want to miss out on the conclusion of the Harvest of Nightmares. BattleOn!