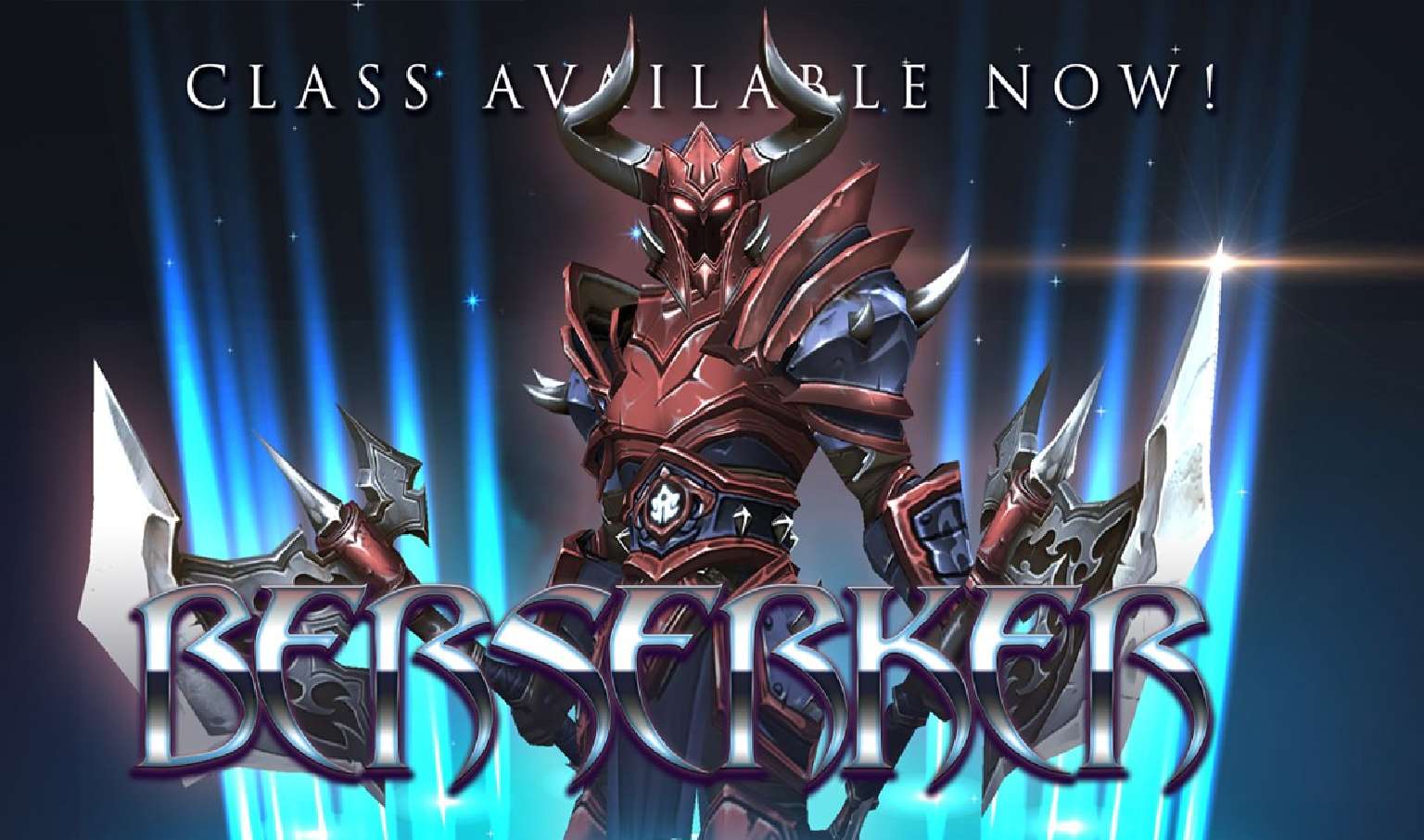 With the Berserker class now fully integrated into AdventureQuest 3D, the team has finally released the strengths and weaknesses of the class, including the skills. This brutal tier 2 class that everyone can earn is ready to wade through enemies with their two-weapon style.

To get the Berserker class, players will need to head to the class trainers in town to get started. Players will notice that you can earn classes faster now, especially if the player is, or is to become, a Guardian.

According to the in-game description of the class, “Berserkers are often the last ones standing on the battlefield. They have learned to tap into the deep rage running through their veins and become unstoppable whirlwinds of death and destruction.” Players need to be level 10 Warriors to start the quest to get the Berserker class, and the class has its own custom daily dungeon called “Trials of Fury.”

As for the class skills, Berserkers tap into their rage for their power of death and destruction.  Their first skill is a passive, Frenzy. It increases Haste as player health Health decreases.

The first actual skill is Reckless Smash. Reckless Smash is a bone-crunching swing of the player’s weapon so powerful it does damage to the player for 10% of your remaining health.

Savage Flames has players become a spinning torrent of flames that deal 1.5x damage when they are below 50% health.

Raging Strike has players attack with a powerful strike that focuses their fury into their weapons, strengthening them when below 50% health. It also becomes Invigorate, which can be cast for a brief period.

The Ultimate skill is Battle Fever, which has players embrace their Berserker Rage, becoming an unstoppable force on the battlefield. Their Cross Skill, Wild Shout, has players draw from their inner strength to grant Haste to themself and nearby allies.

With this update, AdventureQuest Worlds made it so players can unlock classes faster. It used to take a month, but now, you can do it in only 7 days through the daily class quests. Players must choose carefully which class they intend to train, as players can now only train one class at a time.

However, this does not apply to Guardians. As before, Guardians get a bonus daily tokens quest. But now, Guardians can exchange the tokens they earn and use it for another class.  The team is currently trying out this new system on Moglomancer, Pirate, and Berserker first, with the ability to use it on other classes soon.

Berserkers will add a new dimension to the AdventureQuest 3D meta. Players with Rank 10 Warrior will want to check this class out as soon as possible. BattleOn!