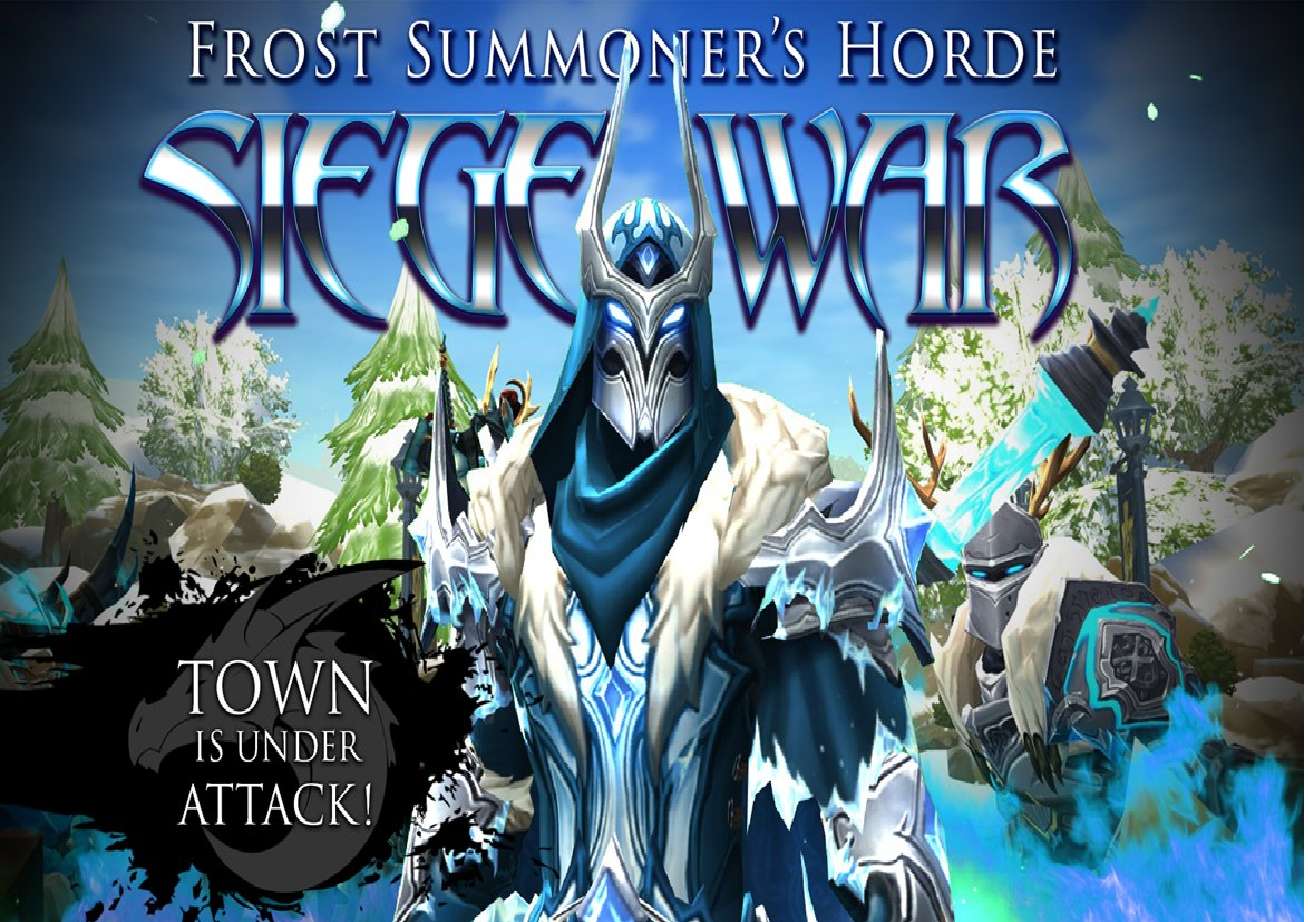 War has once again come to Artix Entertainment and this year has BattleOn invaded by Shiveroth the Frostlorn Summoner.  Players of AdventureQuest 3D will need to band together to defend BattleOn while preparing for the annual Frostval celebration.

AdventureQuest 3D, like AdventureQuest Worlds, has players join one of two factions, one Good, on Evil, and those factions are in constant conflict with each other. But sometimes, when a threat is great enough, these factions band together to take them down, all so they can go back to fighting amongst themselves. And this Frost Siege War, where the town of BattleOn is under siege, is one of those instances.

Players will gather at the side gates of BattleOn to combat the forces of Shiveroth the Frostlorn Summoner, fighting with up to 9 other players of all levels to combat this threat to BattleOn. This forces players of both Good and Evil alignments to fight together to save their town.

Players will fight through the Frostlorn Raiders at the gates of BattleOn, and upon getting a break in the siege, they will need to head to Frostvale, the town in which Frostval originated, which is located in the Frozen Northlands. From there, they’ll need to take the fight to Shiveroth the Frostlorn Summoner himself.

However, the most recent update shows that, after Shiveroth’s defeat, he sent his forces to attack the main gates of BattleOn, and players now have some new win conditions. Players will need to use Defender Medals, a currency players get for participating in wars, to buy more powerful weapons to battle the hordes of Shiveroth.

Players will also need to craft barricades for the front gates to help with the war meter. If players get the war meter up to 100%, they win the war.  Players will craft these defenses by giving their Defender Medals to the blacksmith Sara Watterson, who is named and modeled after an AdventureQuest 3D Kickstarter backer.

Additionally, players with the Guardian upgrade can hire monsters such as Guardian Golems, Warriors, Mages and Rogues to aid in the defense of BattleOn.

But Sara’s job isn’t just building fortifications. She’s also selling level 20 gear in the Siege Loot shop, which is unlocked as the war meter raises.  These items are purchased with the in-game currency, gold.

Players will need to speak with the knight Roland to begin the questline. Roland offers Defender Medal quests and will be offering items as players rank up as siege defenders.

The war for BattleOn is in full swing, and players will need to band together in order to win. So if you’re interested, join in the fun of defending the famous town. BattleOn!