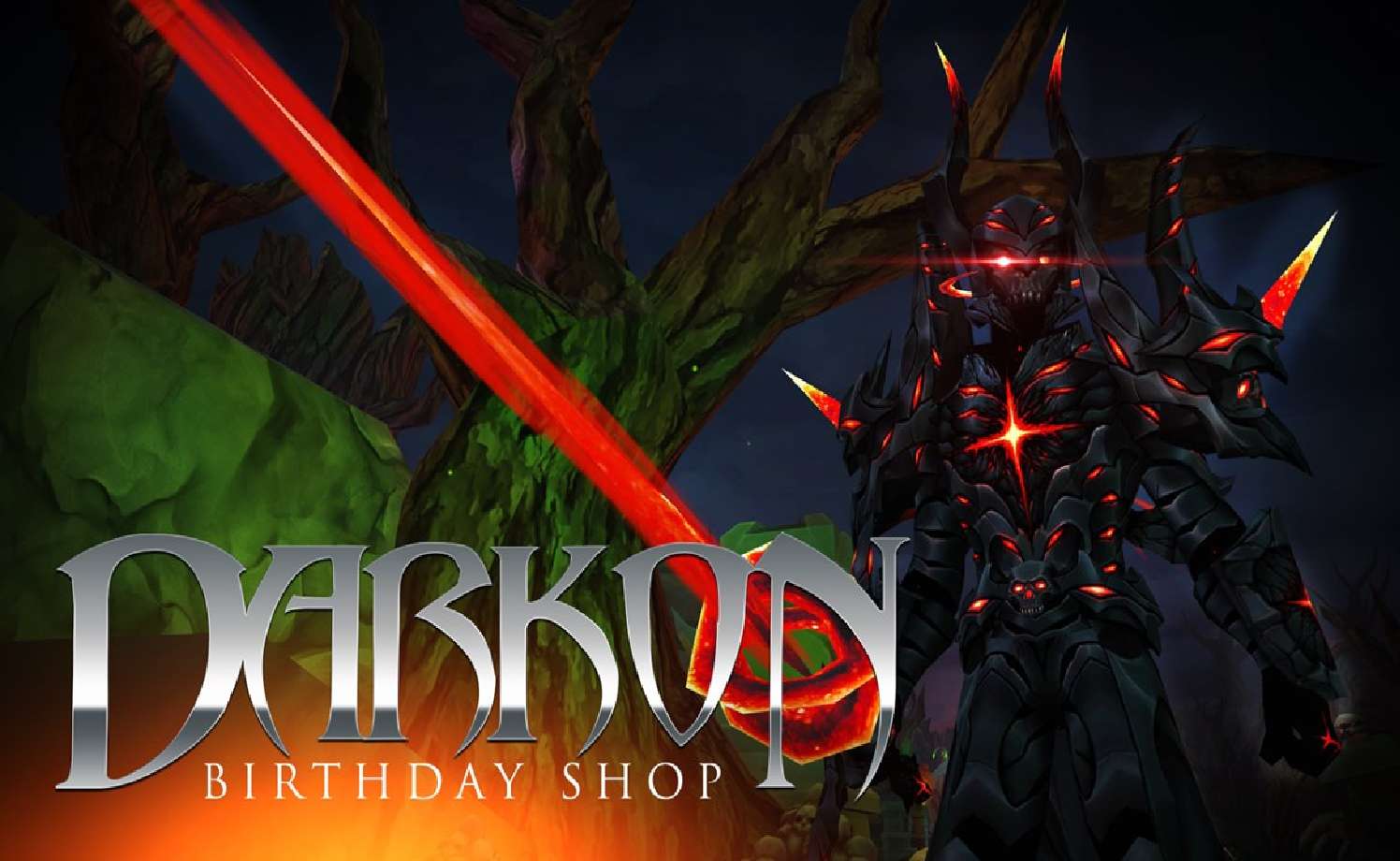 Artix Entertainment has a history of celebrating special events for its employees inside their games. From birthdays to weddings to anniversaries, Artix Entertainment is a company that makes the fan community a part of these special days.

And on December 23, 2019, one of their artists celebrated his birthday.  Going by his online handle Darkon, he is from Asia, and like many of the Artix Entertainment employees, he started as a fan. Beginning as a DragonFable fan in 2007, and did fan art for a number of years before being asked to do some art for AdventureQuest Worlds, and was then challenged to make art for AdventureQuest 3D before being brought on full time.

As with all staff members, he has a character. His AdventureQuest Worlds’ character is a being with multiple bodies across multiple timelines. In AdventureQuest Worlds, that means he’s a member of the Seraphic Paladins, having defected from the Legion to fight the forces of Evil. He was kidnapped by Dage the Evil, another Artix Entertainment fan-turned-employee, before helping the Hero, though the Hero was required to make a terrible choice.

In AdventureQuest 3D, however, Darkon is an evil adventurer and artifact collector.  And it is in this role where Darkon the artist’s birthday is being celebrated. Darkon the character is a vendor in AdventureQuest 3D that sells items called “Darkon’s Debris”, and the lower the number, the older the item is.

For his birthday, there are two new “Darkon’s Debris” items introduced. Darkon’s Debris 22 is an armor set, and it looks like a Black Knight with glowing red in place all around the piece. The armor set almost looks like it is made of cooling lava.

The weapon is called Darkon’s Debris 28. It is a sword that looks like it is made of an active lava flow, with the crossguard circling around the weapon in an almost sinister manner.

The developer team muses about the motive of Darkon the artifact hunter. Much like the Doom weapons from DragonFable, all the items in his shop have a sinister feeling to any character who owns them, so it unknown the motives of this character.

As for Darkon the artist, even though his birthday has passed at this point, his items will remain in the game for the time being, as it works with all event items. Players will want to get their hands on Darkon’s Debris before they disappear from the game until next year. BattleOn!