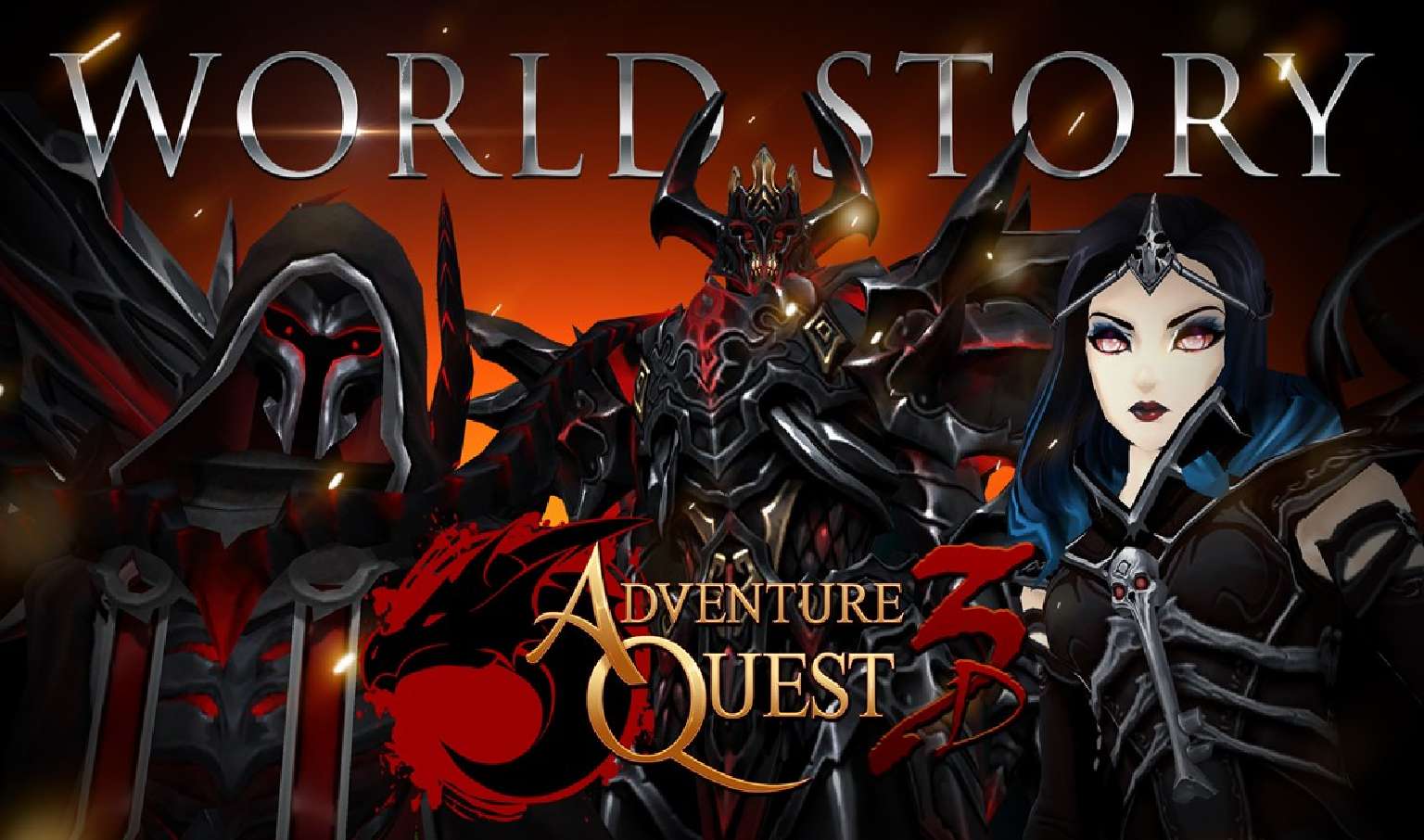 AdventureQuest 3D will reach its fourth anniversary in October of this year, and the team wants to make sure the game is good to go for the coming anniversary. Which is why Artix CEO Adam Bohn took to the official Artix website to talk about the future of the game.

Dye to the relative youth of AdventureQuest 3D compared to their other games and the complexity of creating a 3D world compared to the 2D worlds of their other game, Bohn talk bout how the players have not met the vast majority of AdventureQuest 3D’s villains yet.  Bohn mentions, that, of course, none of them actually think they are the villains but are people they are just living their life (or un-life if they are undead) and doing their thing.

Bohn mentions that he and his teams love making villains, from people like Ziri from AQWorld’s Throne of Darkness to Sepulchure the DoomKnight from DragonFable to many in-between. Bohn implies that AdventureQuest 3D will have a great list of its own villains in the future.

Bohn mentioned a desire to do something similar to what their previous games have done and are pushing to get the Book of LORE working better. In the games where the Book of LORE works properly, it keeps track of what quests happen when in terms of the story, so new players can play the story as it happened and veteran players can keep track of what they’ve done and when.

Bohn mentioned that a fan asked why not just make the current system easier to navigate, and Bohn said that he was 100% correct, but with a few caveats. the first is that the menu should never have to scroll and that is should not be too deep. He intends for it to work in a way that it could be shown to a non-gamer and they should be able to “get it” without explanation.

And that is why Bohn wants it to look like a book.

Bohn goes on to say that the new AdventureQuest 3D “Book of LORE” would start with the “ADVENTURES” menu. This is an unlockable list of stories & quests that will move players toward their ultimate goal of defeating Vane and his minions, but it functions in a way where players do not have to do these in order. Bohn mentions that, like the other games, players do not have to do most of the game in order with the way we are restructuring it. Freedom of adventure and freedom of class has always been one of the guiding rules of the AdventureQuest games, so as long as players actually DO the quests, they’ll eventually unlock the final boss fight against Vane.

Bohn mentions that he feels that it is to have a world map. He said that, currently, the Map and the Adventures were nearly the exact same thing, and he wants to fix that. The intended way for things to work is that the maps are locations that you unlock when you go there, while the adventures are things that unlock as you level up giving you new things to do… which happen to take place on maps which you will unlock when you get there.

This is his way of saying that the team is trying to open the world up more for players to explore.

He also brings up a new scaling system. He wants the maps to scale to players, like the single-player games in the Artix family. He claims that this will make random dungeons & special/holiday events better to run with friends. He claims that it also allows us to group a cluster of areas into a level range– and allow you to quest through them in the order of your choice.

Bohn is really excited about what is to come to AdventureQuest 3D, despite changes to this game coming at a slower pace than their other games. But with the coming change, he hopes to streamline the ability to make changes and make the experience for players all the better.

Mar 2, 2020 Sean L. Akins 4730
With March here, AdventureQuest Worlds releases a unique set for players to purchase. And this year, it's based on Dage's Art. In AdventureQuest...

Mar 2, 2020 Sean L. Akins 5400
It' time for the return of Dage-mas, and with it, a new assortment of equipment. And this year, they finally add something that's been a standard of...