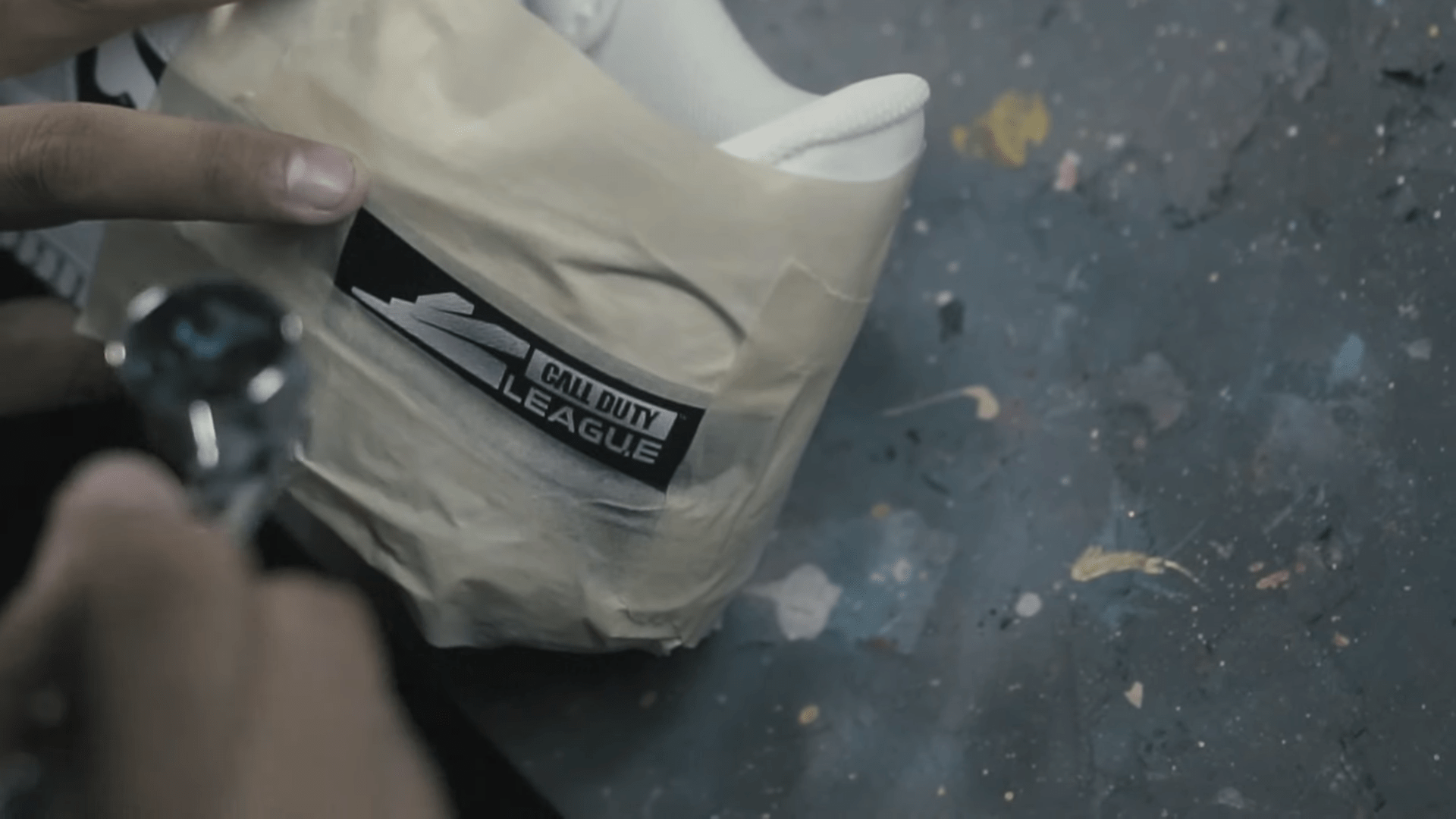 Call of Duty: Modern Warfare is a massive success coming from developers Infinite Ward and Activision, as seen in recent reports of its earnings. As with prosperous titles in the 21st century, eSports is currently the name of the game. CoD is not about to miss that opportunity. The Call of Duty League, although it has little preparations, will premiere this January 24 up until July.

For CoD fans and sneakerheads out there, the league has a beautiful gift that comes in a single pair of Nike shoes. In collaboration with Kickstradomis, a famous shoe designer and artist, a custom Nike Air Force 1 is already up for grabs to whoever sign-up for the contest. On a video posted on January 17 by the Call of Duty League YouTube channel, he gratefully accepts the challenge to custom made a pair of shoes with CDL’s three colors, black, white, and gray.

“The colors of the League are white, black, and gray, keeping it monochromatic,” Kickstradomis explains in the video. “So, it’s really cool to be able to use these colors and still make something pop.” He also adds that the said league’s logo has three pillars representing different players. The bottom is the fan community, the middle stands for the amateur players, and the top component portrays the pro players in CDL.

The custom shoe is designed on a pure white Nike Air Force 1. It has the league logo imprinted in front and on the sides with the words “EST. 2020” in the sole representing CDL’s inauguration this year. At the far back of the shoes has the more prominent icon of Call of Duty League on them. During the video, Kickstradomis also mentions that designing a pair for the commissioner is remarkable for him.

We collaborated with @Kickstradomis to create custom Call of Duty League sneakers.

Check out the behind-the-scenes video and enter for a chance to win a pair: https://t.co/wfgWeAGlGI #CDL2020 pic.twitter.com/wtidmOebIa

The single pair of custom Nike shoes is in size ten, and raffle will run until the day the league starts, January 23, so fans have to sign up as soon as possible to be eligible. The give away is only open to US residents in 50 states and the DC and must be 18 years old or older.

On their Twitter page, fans are scrambling to have their hands (or feet) on the shoes. One fan explicitly suggests what everyone is thinking, “I beg they release them for the public.” A different user highlights the close give away, “Open to US residents… aight.”

The design is not without a rebuttal from the fans. Fortunately for the famous designer, it’s not his fault. One fan replies, “Even the sneakers were branded with that dogsh*t logo.”

The league will be participated by teams such as Atlanta Faze, Dallas Empire, and the London Royal Ravens.

CD Projekt Red Responds To Disappointed Fans, Says Cyberpunk 2077 Delay Will Be Worth It