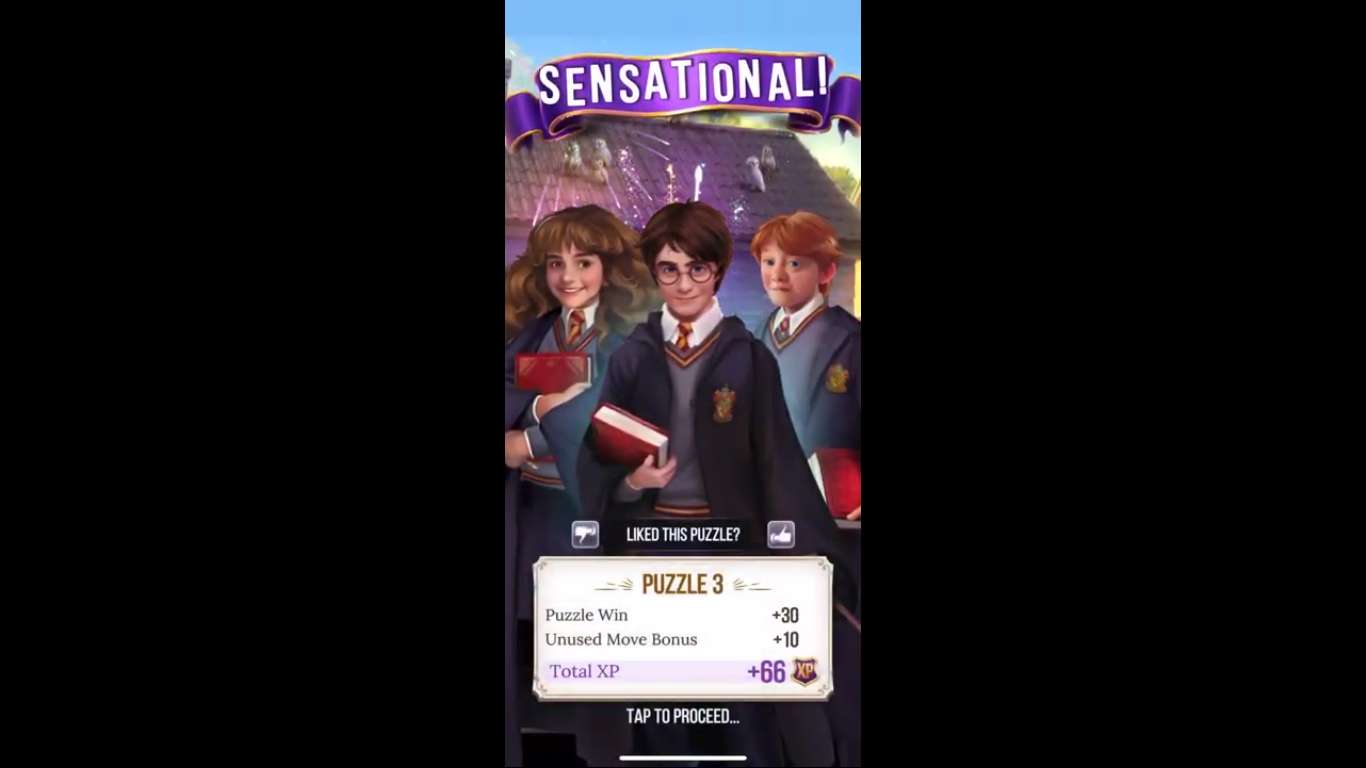 It is always exciting when Warner Bros allows anyone in the mobile marketplace access to the Harry Potter franchise. Harry Potter: Puzzles and Spells is a match-3 puzzle game that combines the iconic cast of the Wizarding World with a new mix of magical mischief. The game will allow you to unlock extra features from the magical world such as spells and potions that will help you progress through the game.

It would not be a true Harry Potter game if it didn’t include some of the most iconic moments and memorable faces from the films. Players will be happy to see the return of both villains and heroes from the series as they make their way through the magical land of the Wizarding World.

The game will be a standard puzzle matching experience populated with many familiar wizarding objects. Players will have to mix and match through magical levels as they encounter chocolate frogs, gems, and many other secrets. This game embraces the idea of simplicity and mixes it with the magic of this very popular series.

Within the game, players are forced to prove their magical mettle. As they earn experience points, they will make progress throughout the game. Daily Events and interactive puzzles provide tons of opportunities for gaining experience and new magical abilities and rewards. Players will be able to level up their skills and spells as well as customize their own unique wizard.

The game will include some special in-game cooperative activities as well as other ways for players to socialize. There will be an option to form clubs for more group activities and easier organization of your fellow players.

Zynga is known for making simple but entertaining board game style games. They are the masters of traditional gaming in the new digital world. This partnership between Warner Bros. Interactive Entertainment and Zynga brings to light new opportunities for the Harry Potter Franchise.

Pre-Registration has already begun for this title on the official Zynga Website. Make sure to reserve your name and be one of the first to play this new title once it launches. For more information, make sure to keep up with Zynga on Twitter and other social media.

Matching mobile titles have a reputation for being instantly successful. There is no doubt in many critic’s minds that this game is will be an instant classic. Only time will see if that will be true.