A Look To The Upcoming Legendary Cloak For World Of Warcraft: Visions Of N’Zoth 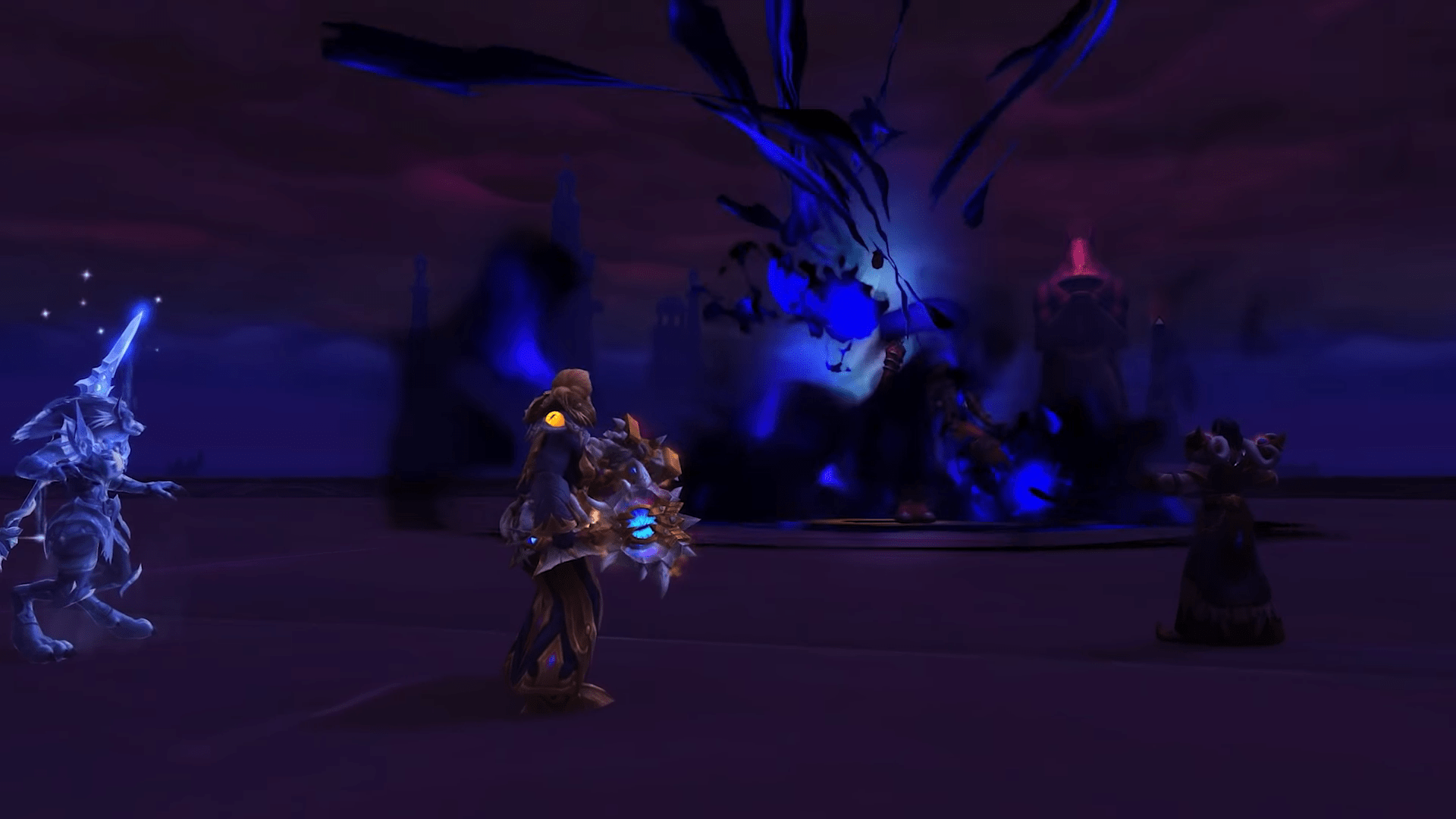 Love or hate Battle for Azeroth, one thing is for sure: it has massive lore progress for the Azeroth residents. From the Battle for Lordaeron to the Gnomes finally locating Mechagon, and now we’re days away from facing the last remaining Old God, N’Zoth. As the heroes of the World of Warcraft defeated Queen Azshara, we were tricked, and she has successfully unleashed the chained god onto the surface. With new help from old allies, a legendary cloak, and more gear, we might be able to defeat a god for the fourth time.

Called the Ashjra’kamas, Shroud of Resolve, the cloak will save the wearer from the new Corruption system. As only the second Legendary item for Battle for Azeroth, it can save the players’ sanity from the Old God’s whispers and influence. The official Blizzard blog post hypes the 8.3 back gear, “Wearing this cloak will help players venture deeper into N’Zoth’s Horrific Visions, earn greater rewards, and unlock more of the mysteries behind the Old God’s power.” The post even hints that it might play a role while facing N’Zoth in the upcoming mega raid.

Madneś̸̢͊̏s descends upon Azeroth. Prepare to fight back the corrupt̼͕̬̗̭͉i͙on of the V̵̥͌͒̀oid with the Visions of N'Zoth Survival Guide.

Max-level 120 players, who have also finished Heart Forge, will be met with a new quest called An Unwelcome Advisor and Return of the Black Prince for Alliance and Horde, respectively, to access the said cloak. Much like the Heart of Azeroth’s design, Ashjra’kamas also has a leveling system with higher ranks getting more beneficial effects. The item starts at rank 1, item level 470, and has a small amount of Corrupted Resistance. The wearer also has reduced Sanity loss when entering the new game-mode Horrific Visions. Come rank 6, more useful resistance is obtained. Players will gain a 3-minute cooldown on-use spell that dispells N’Zoth’s Corruption and makes you immune to any more Corruption effect for six seconds.

At rank 12, the cloak will be equipped with a new passive called the Draconic Empowerment. The effect has an estimated 1.25 procs per minute and has a chance to increase your primary stat through spells and abilities. So whether you’re class is strength, agility or intellect, the saviors of Azeroth will undoubtedly find this rank to boost their power level.

If you are on a Corrupted gear plan for Visions of N’Zoth, you will find rank 15 extremely advantageous. At this rank, you will start earning Malefic Cores, which Blizzard explains to “increase your Corruption Resistance by 3, to a maximum of 125.” To counter players from hitting the 125 in one sitting, only one Malefic Core can be gained each week across all sources. The said resistance is rewarded for defeating the Old God in either Normal, Heroic, or Mythic, and completing objectives in the Horrific Vision.

More content is coming our way that includes new allied races, Vulpera and Mechagnomes, a vast and lengthy12-boss raid, a revamped Auction House, and more. Battle for Azeroth’s final major patch goes live on January 14. So if you’re impatient for new content or just wanting new gear for your chosen main, you don’t have to wait very long.

Season 3 Of The Overwatch League Will Begin On Patch 1.44, Currently In PTR