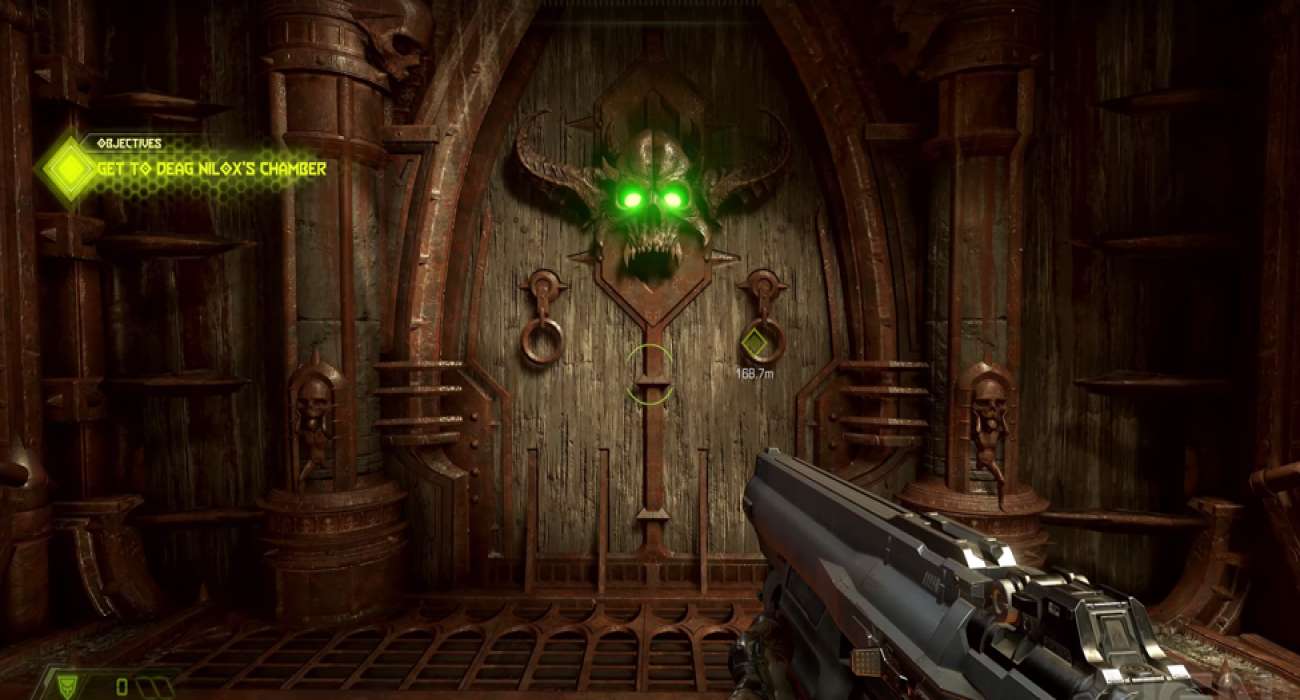 The buzz is starting to build for id Software’s Doom Eternal. It’s the next installment in the iconic Doom franchise, featuring intense demon-slaying action, metal music, and a particularly gripping story. As we get closer to this first-person shooter’s release date, more and more videos have started to surface showing gameplay.

One of the more recent trailers shows Doom Eternal in 4K. There is a lot to dissect in this trailer too consider it lasts around 10 minutes. The intro shows us a post-apocalyptic Earth. Demons have crawled out of the depths of hell and are staking claim to everything humans hold near and dear to their hearts. The cinematic sequences are particularly crisp in 4K.

We then see the Slayer in action. He’s first shown with a shotgun and the beloved chainsaw. The killing sequences here in 4K are top notch. The blood and gore have never come through this beautifully in a Doom game before.

id Software definitely exhausted all resources when developing Doom Eternal. That’s what you want in a series that has been around for as long as Doom has. Instead of just using a copy and paste formula, the developer takes the initiative to push the envelope in terms of graphics and combat.

The first sequences act as a short training session. You get to learn the controls and figure out how to move around the environments. It will certainly come in handy if you’ve never played a Doom game before. Even if you have, a lot of the mechanics are new so the training can only help.

Once the Slayer finally gets into an arena where there are multiple threats, wee see the Doom flow system. Moving from one demon to the next is an extremely fluid experience. Each encounter gives you a unique opportunity, whether it’s blasting through with a shotgun or using some melee action. Again, it’s amazing to see these combat sequences in 4K. They really do stand out, especially when the Slayer moves in for some up close and personal kills.

It’s nice to see that there is a waypoint system to guide you through the more open areas. Otherwise, it seems like it would be easy to get lost. The platforming action really does shine through here as well, making Doom Eternal more interactive than it has ever been.

If you weren’t hyped for Doom Eternal, this latest trailer should do the trick.