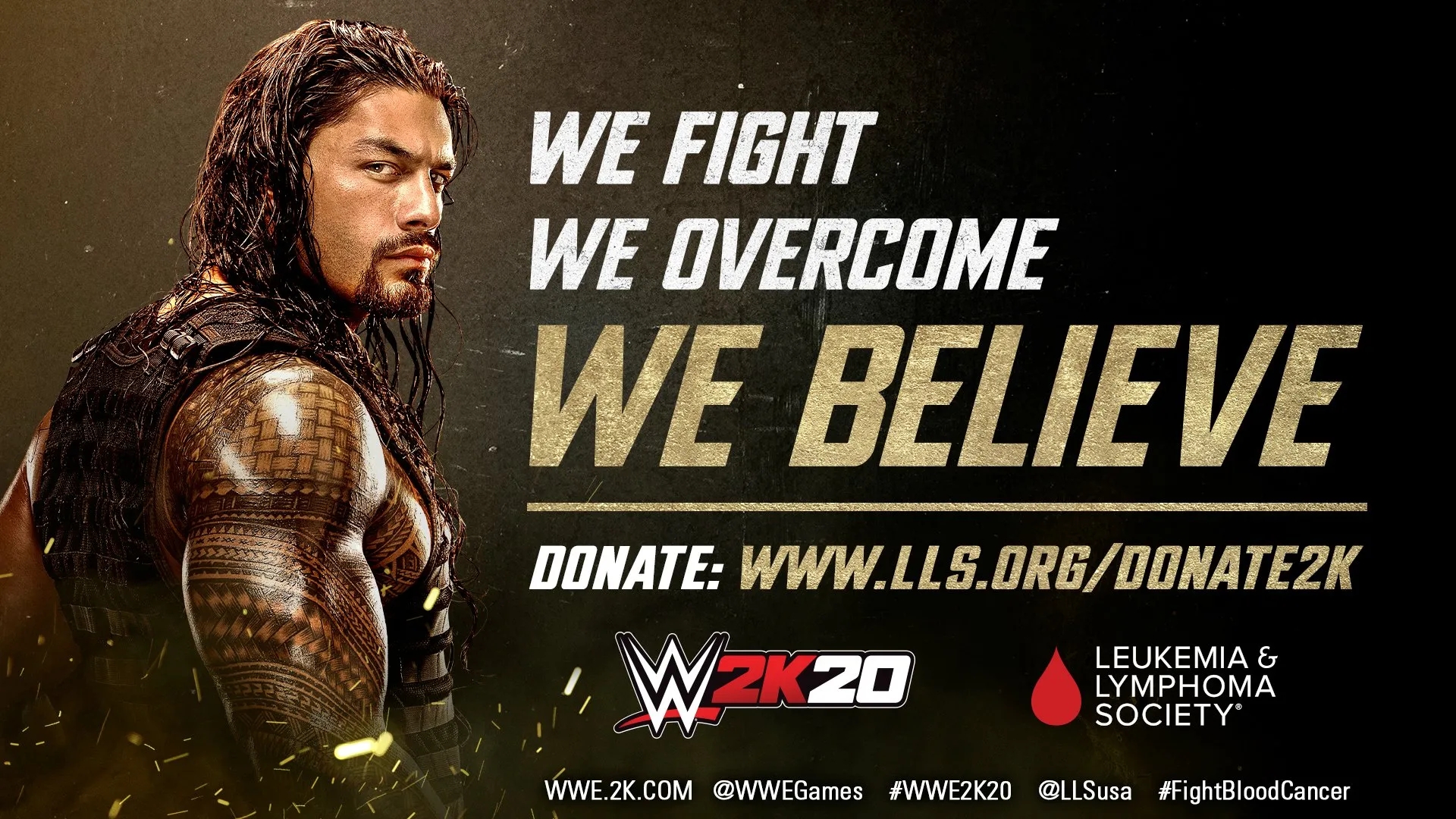 In September, 2K announced a partnership with the Leukemia And Lymphoma Society (LLS). This is in collaboration with the WWE superstar, and leukemia survivor, Roman Reigns, who is on the cover of WWE 2K20.

2K has announced they have announced plans to donate $500,000 to LLS. The donation will help support blood cancer research and support for patients and their families.

Thanks to your support, we are donating $500,000 to The Leukemia & Lymphoma Society (@LLSusa)! The donation will support breakthrough blood cancer research to advance lifesaving treatments and critical support for patients and their families. https://t.co/XZzqgZ3kVs pic.twitter.com/bN6OwGIdF8

The donation is a combined effort between 2K, WWE, and help from fans. Earlier this year, 2K asked for fans’ help on Twitter. Fans shared tweets about what the LLS does, along with a donation link. The maximum donation amount was $500,000, which 2K is pleased to donate.

2K stated on their website: “We are proud of the support our fans have shown to The Leukemia & Lymphoma Society,” said Chris Snyder, Vice President of Marketing for 2K. “With their retweets and personal contributions, our partnership with this great patient advocacy organization enables us to give back in a meaningful way and help save lives.”

In addition to the large donation, 2K plans to donate video games published by the company to patients. It’s unknown which titles will be included, but since 2K gas developed a wide range of series, there will be plenty to choose from. There are also plans for 2K employees and WWE superstars to visit patients in LLS-partnered hospitals.

This isn’t the first time the LLS has teamed up with LLS. In October, 2K brought LLS leaders plus patients and their families at a WWE event in Las Vegas. At the event, the visitors met Roman Reigns and fellow WWE 2K20 cover star Becky Lynch, current WWE RAW Women’s Champion.

Although the actual WWE 2K20 game hasn’t been well-received by fans, the publisher is working hard to fulfill their previous promises. Visual Concepts continues to work on patches to update the game to give fans a better experience.

The latest patch, 1.03, was released less than two weeks ago. Unfortunately, the patch caused more issues, such as corrupting some PC users’ games. Gamers affected by the bug lost all of their data. The next patch isn’t yet known but for many, their games have been rolled back to the 1.02 update.

WWE 2K20 is currently available on PC, Xbox One, and PlayStation 4.