Wizardry: Labyrinth Of Lost Souls Now Has A PC Release Date, A 3D Dungeon Crawler With A Classic Feel Originally From Acquire Is Getting An Update 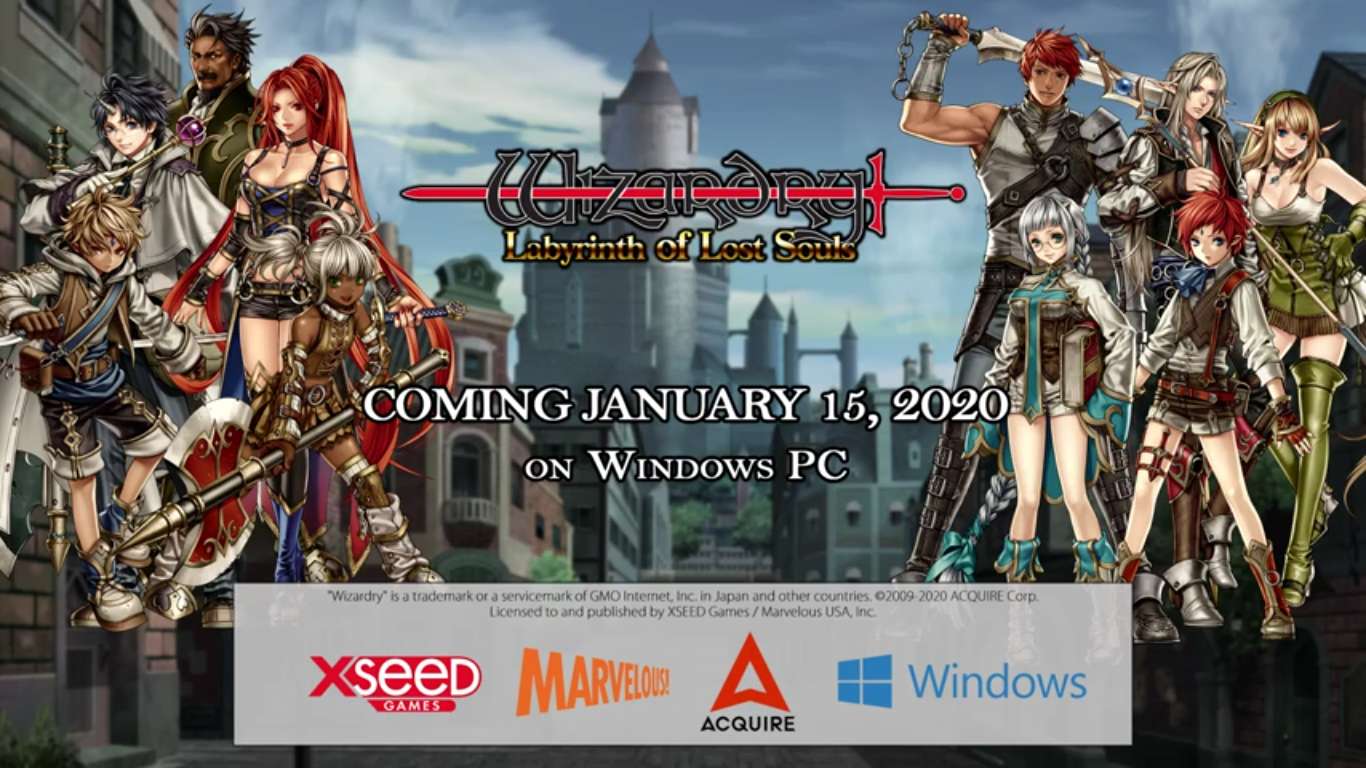 Wizardry: Labyrinth of Lost Souls originally launched back in 2009 for PlayStation 3, PlayStation Vita, and iOS. The game was a role-playing adventure game that kept the style of classic 3D dungeon crawlers. The gameplay is loved by fans with a deep story engrained into the background of a fantastical fantasy world.

The game is getting a glorious rebirth onto PC with reborn high-definition visuals to add an extra bit of detail to the world. The new version will include all previously released DLC bundled into the game and will also include additional options like a Turbo Mode. New stories have been weaved into this game, giving it unseen replay value and breathing new life into this classic title.

Players choose each of their six-team members’ class, race, gender, and moral alignment. As you create your dungeon party, remember to keep party composition in mind for a balanced game experience. After the creation of your team, you will delve into one of several dungeons found near the central town hub.

Adventuring is a dangerous occupation, so make sure you’re prepared. In every dungeon, monsters hide with their deadly and vicious attacks. One wrong turn could result in a total party wipe and immediately put you back a couple of minutes or several hours.

Planning is essential for every expedition. Stay focused and make sure to chat with the locals, pick up quests, pray for guidance, and gather better gear. This game is a roleplaying game, so make sure to interact outside of combat as well as simply dungeon delving. When you find yourself well informed and well equipped you are ready to adventure into the varying dungeons of many dooms.

This game is a crisp and refreshing glance back to the old-school RPG genre. Back then, games were challenging, requiring careful planning and smarts to survive. Sometimes the best way to win a battle is to retreat into the unknown and hope for a better option.

Wizardry: Labyrinth of Lost Souls comes during a rebirth of the RPG genre. Fans everywhere are enjoying tabletop fantasy adventures like Dungeons and Dragons, which have their foundations in this kind of old school classic system. Instead of controlling a single character, the party is yours, and their adventure is at your whim.

This will be a PC exclusive available on Steam and the Humble Store. You will find it for $14.99 as of January 15. Relive the days of magic and might as you explore another dungeon and defeat the evil hiding within.

Apr 13, 2021 Joshua Goodpastor 380
From China-based developer NetEase Games comes a sci-fi simulation experience. Players can immerse themselves in the future where large-scale space...