What Is Backbone? The Dystopian Noir Adventure Game – Where You Play As A Raccoon Detective – Gets A 2021 Reveal Trailer 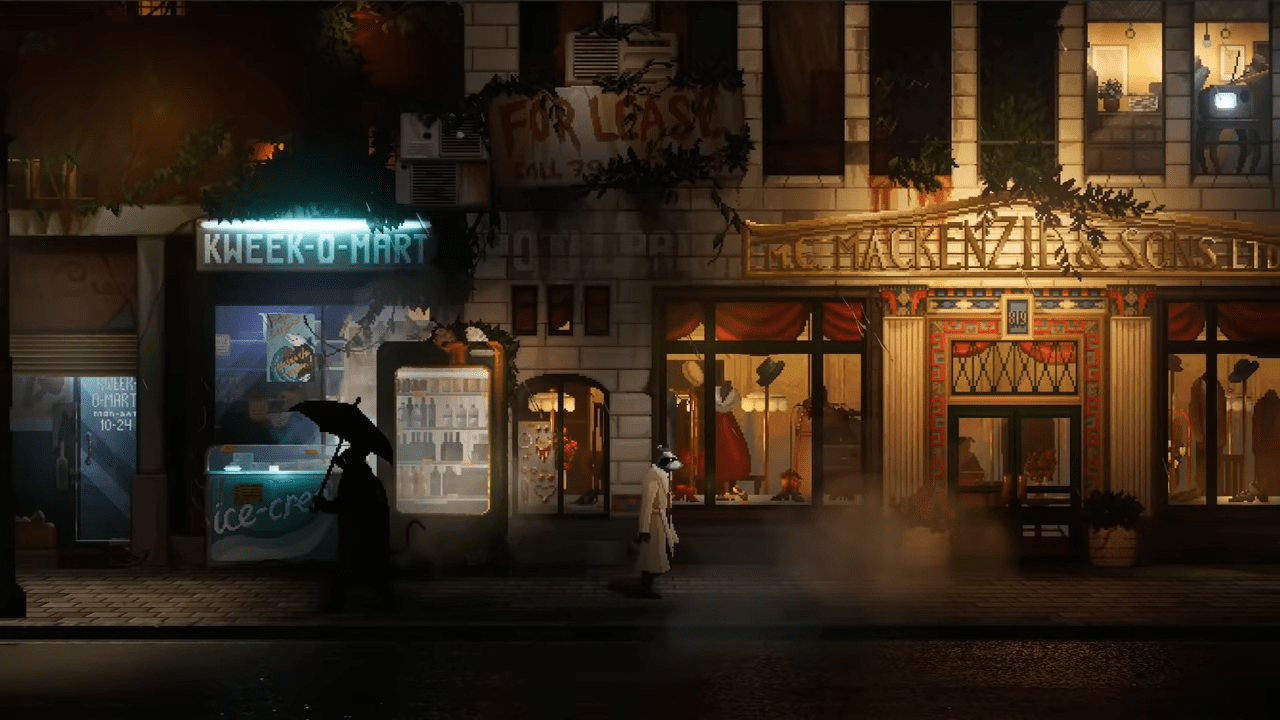 The demo for Backbone, a noir adventure game where you play as Raccoon detective Howard, first got a demo back in April 2019. The Prologue was very well received on Steam, receiving Overwhelmingly Positive reviews. Top reviewers called the game beautiful, praised the game’s writing, and loved the game’s unique characters.

Developed by EggNut, a studio from Vancouver, Backbone got a Kickstarter in 2018, which was largely successful, and now fans and backers get the first look at its reveal trailer. You can check it out below.

The story that underpins the game is one of dystopian classism. Howard Lotor, the Raccoon private eye, is determined, set in his ways, and on a mission to snuff out clues and collect evidence. Vancouver is covered in sprawling vines, dark and mysterious alleyways, and surrounded on all sides by enormous walls.

Inspired by point-and-click adventures of old, the art style is heavily stylized, crossing L.A Noire with Simon the Sorcerer. There’s exploration, heavily dialogue-driven storytelling, and even some stealth elements. The Steam page states the game is inspired by classic CRPGS.

As you can see from the trailer, the art style is pretty stunning. Dark, atmospheric, moody, with handcrafted environments and character design. Each character is animated frame by frame. Dynamic lighting and weather effects bring the streets of Backbone, based on Vancouver, BC, to life. The host of characters – all animals, which gives a feeling of Hotline Miami – are totally unique.

In terms of game mechanics, there’s scent-based stealth mechanics (you are a Raccoon, after all), adventure and platforming elements, and interrogation of important characters in the story. It’s your task to uncover the potential power of new and unruly technology while in the confines of the walled city of Vancouver.

Although the game has been speculated on and put on many Steam wishlists over the last two years, the reveal trailer gives a release date of some time in 2021. You can check out the game’s YouTube channel, Instagram or Twitter for further updates and snippets of concept art.