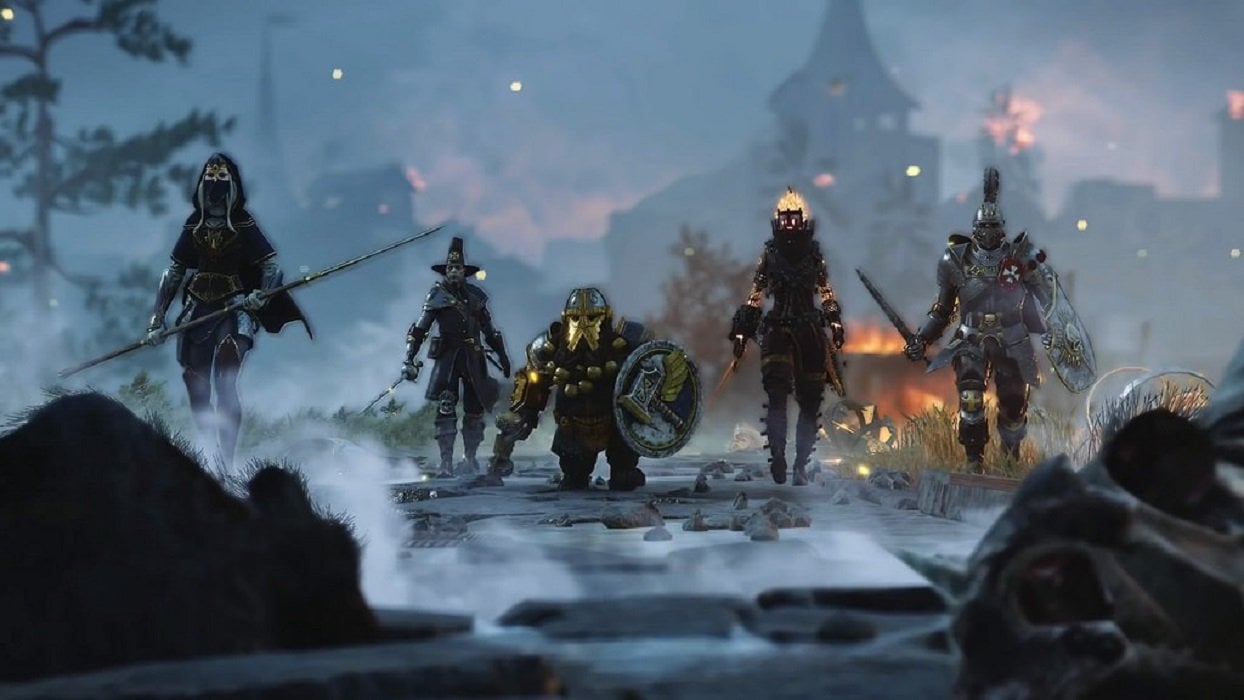 Warhammer: Vermintide 2 is continuing its new exploration of content delivery with The Curse of Drachenfels, a three-chapter story that adds new maps to the game without the need to pick up more DLCs, fragmenting the player base.  The proverbial gamble in content delivery has thus far paid off for the developer Fatshark, with flagging numbers being uplifted since the launch of the first chapter.

The necessary patch is pretty small, at 886.4 MB, although the mission that the update brings is sizeable enough.

Heroes! Chapter 2 and Patch 2.2 are live now for PC. Play the latest mission in the Curse of Drachenfels adventure, free for all Vermintide 2 owners & explore the new items Lohner has gotten his grubby hands on, exclusive to the Emporium (for Shillings!)https://t.co/Qdr9srYlzu

The update is officially called Blood In Darkness, and the patch number is 2.2.  The mission is Blood in the Darkness, although members of the Ubersreik Five needn’t worry about playing through parts of the mission where they’re surrounded in complete darkness, a mechanic that some have bemoaned in the past as it intentionally makes movement rather difficult.

The entirety of the mission will take an experienced party roughly twenty minutes to work through, and varies from subterranean caverns to battlement walls, with a, adequately difficult boss battle at the end for heroes to conquer.

It continues the story of Drachenfels Castle being swarmed with vermin and other undesirables, along with some villagers that are scattered around the mid-point of the map that will need to be saved.  The saving mechanic is unfortunately nothing new; you simply open an unlocked cage door and it counts as saving the poor villagers.  Theories on why they couldn’t open the door themselves, and also on how they are all planning on escaping the castle of the damned and forgotten, is a complete mystery.

Blood in the Darkness is the second chapter of three planned in the arc of The Curse of Drachenfels, with each chapter bringing a new map along with an update to the Lohner’s Emporium of Wonders, the new in-game microtransaction shop that allows you to purchase fancy skins so you can slay hordes of vermin in style.

The patch also sees the conclusion of the Rat Infestation event, that lasted for an unfortunately short period of time in honor of 2020 being deemed as the Year of the Rat.

It took roughly a month from the release of the first chapter to the second, so it’s plausible that the third chapter of the Drachfels arc will be concluded in March, although Fatshark currently hasn’t stated their intention one way or the other.  If absolutely nothing else, however, there is one thing that is sure; players are really enjoying the opportunity to murder vermin in new areas.