Toplitz Productions has announced the next entry in their Dynasty series, Lumberjack’s Dynasty would soon enter Steam Early Access. The news came with a new trailer and the reveal of the official Steam store page.

Similar to its previous title Farmer’s Dynasty, Lumberjack’s Dynasty is a life, business, and job simulator.

In Lumberjack’s Dynasty, players start off at a run-down logger camp inherited by their father. The logger-in-training decides to bring the camp back to back to its former glory, not only to commemorate everything their father did but to start a new generation of the business with their family.

Life at the logger camp isn’t easy. As soon as players arrive, they’ll have a long list of chores to do first. Players have to get the run-down mill working again, including getting the sawmill in working order.

The primary gameplay will consist of felling trees, transporting them to the mill, and then processing the wood into various products. The game gives players a first-hand look at the world of logging, which has an important part in everyone’s daily lives.

Lumberjack’s Dynasty takes players away from the hustle-and-bustle of the big city. Players head to a small camp to start over. While maintaining their growing logging business, players have to take care of their family life. The trailer shows the player married with a daughter, so it’s unknown how the family will contribute to the overall business.

The primary goal of the game is to utilize wood for a variety of purposes. Wood can be used to cook and heat homes, along with build tools, furniture, and homes. Players will use this important recourse to build their empire.

Toplitz Productions recently announced that the game would contain licensed Ponsse machinery. Ponsse is the manufacturer of various forestry vehicles and machinery.

The Early Access period will use used to gather player feedback and resolve any lingering bugs and other major issues. When the game enters Early Access, there will likely be more information regarding the cost of the game versus the final release, the development timeline, what content will be included, and how to submit player feedback. The game will be in Early Access for at least six months.

Toplitz Productions’ Medieval Dynasty is the next game coming to Early Access this year. The release date is scheduled for 2020 as well, but it seems Lumberjack’s Dynasty may be released first. 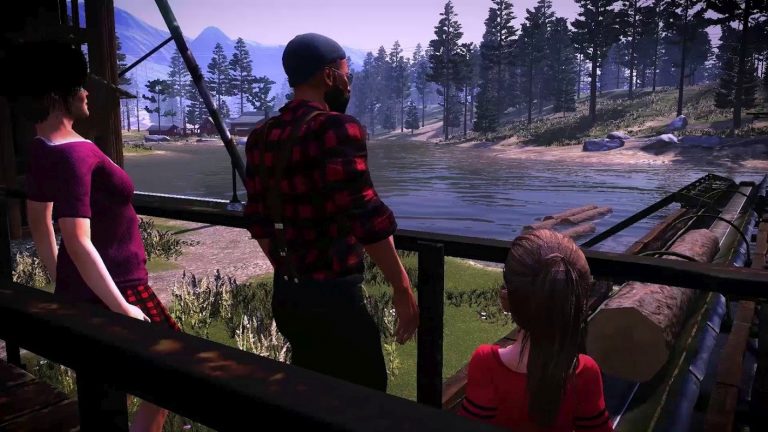 Dec 6, 2020 Lisa Nguyen 8270
Toplitz Productions and UMEO Studios have released their next major content drop for Lumberjack's Dynasty. The title is currently in Steam Early...

May 10, 2020 Lisa Nguyen 7650
Toplitz Productions has announced the next entry in their Dynasty series, Lumberjack's Dynasty would soon enter Steam Early Access. The news came...