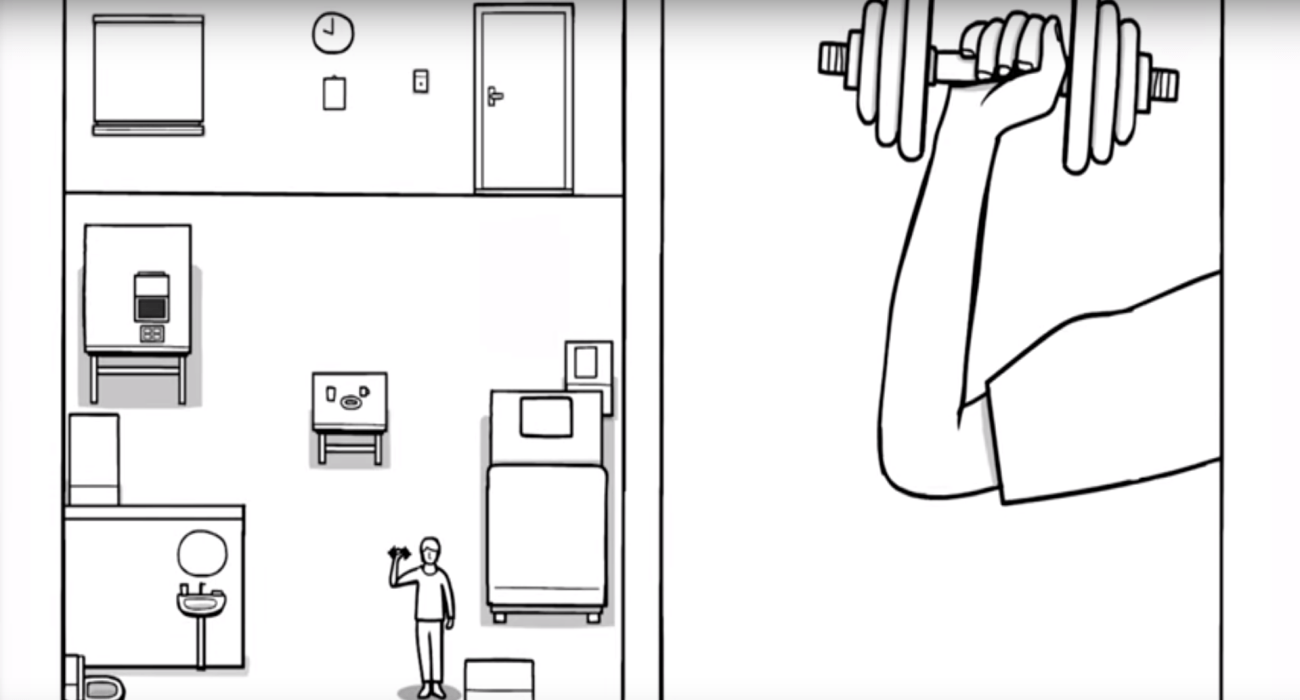 The White Door is not your typical game. It’s a point-and-click adventure title where you’ll be exploring the dreams of Robert Hill, the game’s main protagonist. No, this is not the plot of Inception. There aren’t bad guys trying to shoot you and you’re definitely not trying to implant an idea in a target host.

Rather, you’re trying to help Robert remember his lost memories. He’s currently in a mental health facility; the only way to restore him to his previous self is to go around digging in his noggin. The White Door is simple to pick up. You simply click where you want Robert to go in his dreams and use your investigative skills.

Throughout each day, you’ll experience some of Robert’s daily routines. Although this might seem a little mundane on paper, the developers at Rusty Lake have done a great job at making these activities fun and interactive. There are numerous riddles to solve and obstacles to overcome.

Just as unique as the visuals are the environments that you’ll go around exploring. They change up each day in the facility, with their own unique details and secrets hidden away. Some elements feel particularly surreal, much like what you would expect when in someone else’s dream.

It’s a pretty easy title to start playing. And after spending a significant amount of time with The White Door, you won’t want to put the mouse down. That’s always a sign of a great game, even if it doesn’t have the most over the top visuals or groundbreaking gameplay mechanics.

What starts out like a simple tale will evolve into dreamlike adventures that you just have to experience for yourself to believe. Even the soundtrack has a unique tone to it. You immediately feel a sense of atmosphere and tension, as if something isn’t quite right in Robert’s life.

Rusty Lake has a history of making unique titles like this. Fans can always look forward to unique visuals and some engaging plot to get wrapped up in. The White Door is out now on the Steam store. If you like interesting tales and want to experience dream-like sequences like never before, it certainly has a lot of value. It’s also generously priced so you don’t have to worry about breaking the bank to go on a unique dream adventure. It’s a shame there aren’t more games like The White Door, honestly.