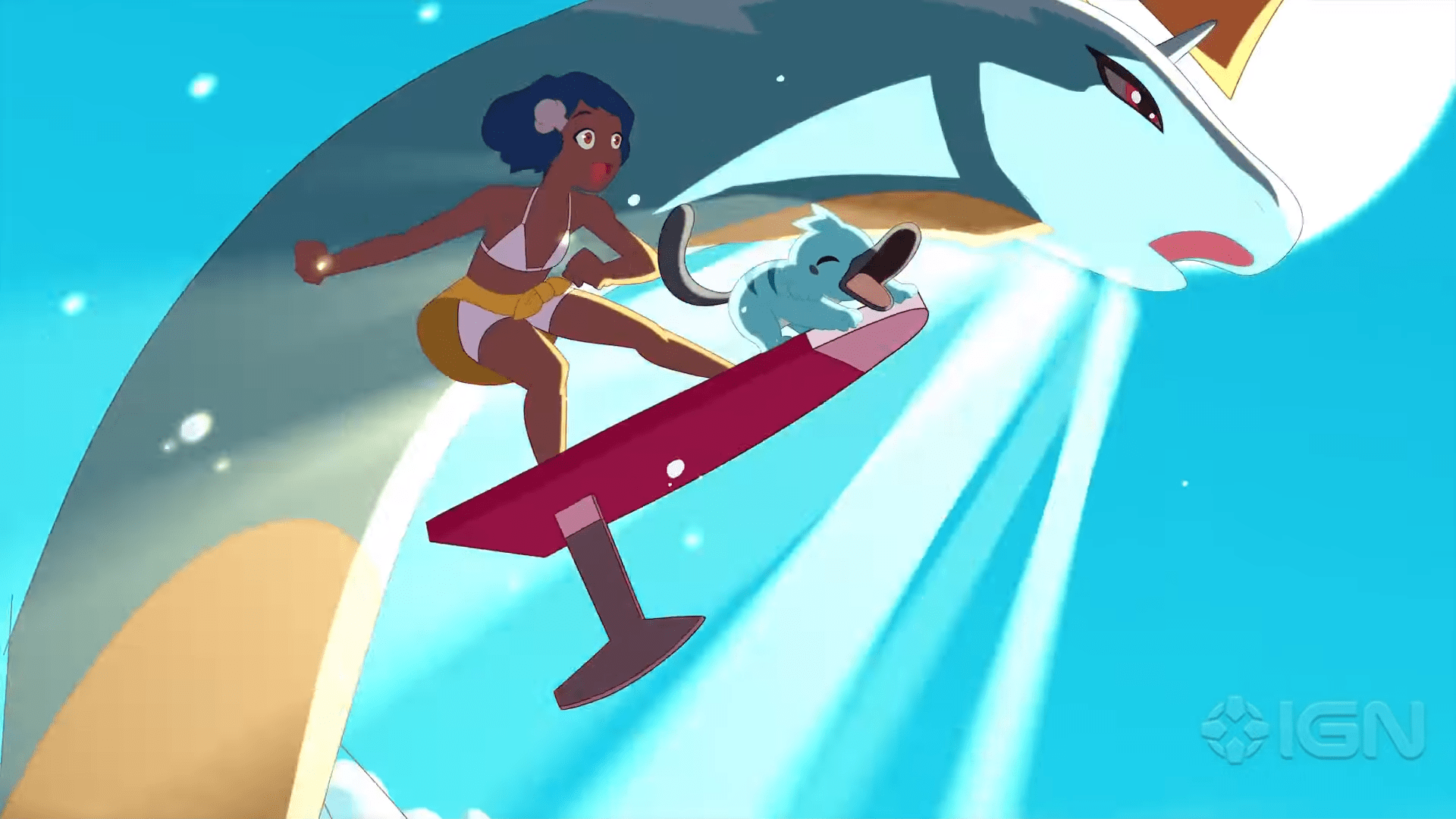 Temtem has released into Early Access, by and large to positive reviews from fans thankful that not only is there a monster trainer genre title on PC, but it thus far seems very promising in its scope and what it offers.  It seems like it could readily surpass the legendary Pokémon franchise that has appeared not only stagnant in recent offerings but somehow taking steps backwards as they remove various mechanics en-masse from the series.

There’s an audience to be exploited if a company can do it well, and development studio Crema has joined forces with Humble Bundle (acting as publisher) in an ambitious MMO set to challenge the long-time favorite.  Yet beneath the adorable art-style, stable gameplay and framerates, and thoughtfully crafted monsters readily available for capturing and battling, Temtem is hiding a dark, sinister secret that has the…seedier parts of the internet in an absolute uproar.

At this point, dear reader, I must advise caution in continuing this article; the upcoming segment may crumble your very reality, tearing your soul asunder from this mortal plane.

So lovely seeing a video game ask for pronouns instead of gender!

Temtem does not have hard-locked genders.  In fact, you can’t ever really select your gender at all, although the two body types are noticeably male or female, denoted by whether the chest is covered by undergarments.  Then, and brace yourself for this next part, Temtem gives the player an option to select their preferred pronouns.  There are three options available right now, being she/her, he/him, and they/them.

While many are likely to simply choose their pronouns and get into the monster-battling that Temtem offers, there is apparently a very vocal minority that is simply furious that people experimenting with their gender have the ability to do so.

Imagine getting mad because a game allows you a choice of pronouns (she, he, them). #Temtem pic.twitter.com/rsMoOhjRLo

Negative Steam reviews are littered with disgusting language mentioning this, or users simply astonished that gender experimentation is noted by the title whatsoever.  YouTube comments are another fun romp through the worst segments of humanity, upset that people can feel as though two genders simply aren’t enough to encompass their self-acknowledgment or romantic ideations.

Even the Steam discussions devolved to the point where one of  Temtem’s developers attempted to make a mega-thread to stop hundreds of gender attacks popping up every day; the discussion thread of course immediately devolved into doxing users on YouTube and flaming people that had different ideas that challenged standard rhetoric, along with rambling paragraphs where people explained they weren’t upset about the inclusion of players able to select their pronouns, just upset that others were selecting the various pronouns.  A whopping 99 pages of meagerly educated gamers all arguing about whether a simple option should exist, and if the developers were actively propagating Russian propaganda that began in the 1960s as a way to weaken the United States.

You can’t make this up.

Of course, all forums are littered with people stating that they’re going to boycott the title for merely including the option to select a pronoun, and apparently seeking a safe space where other like-minded individuals can rant about the fall of society and what life was like back in the 1920s, with slavery and women unable to vote.

You know, the good old days.

“Unlike you snowflakes I am not so easily triggered”

The gender selections of Temtem has been making the rounds for YouTube personalities to offer their dribbling opinions, and Twitter is a hotbed of idiots talking to idiots about generally idiotic things (not the Russian conspiracy; that’s exclusive to the delicious 99-page thread on Steam) as everyone feels a need to fall on some sort of imaginary line that’s been drawn in metaphorical sand about what Grand-pappy said was and was not OK.

If they were to one day get past the character creation screen, they might find an interesting spin on what has frankly become a stagnant genre.  Although to get over that segment, it seems like they’ll first have to get over themselves.

It Is Still Coming: Valve Announces To Everyone That Half-Life: Alyx Will Not Be Delayed Any Time Soon

Steam's Lunar New Year Sale Has Officially Begun, Bringing What Appears To Be An Event Standard

Dec 8, 2020 Jeremy Green 3830
The PlayStation 5 has now been out for several weeks. For those that have been lucky enough to find the system at a decent price, they have been...

Aug 7, 2020 Harry Alston 18150
Temtem has been available on Steam in Early Access since January this year. It was announced this week that the game will make its way to consoles in...

May 30, 2020 Chris Miller 6530
Temtem showed up looking ready to smite the aging Pokemon franchise into the ground as GameFreak seemed to continue to struggle with iterations and...