The Original AdventureQuest Celebrates Frostval With The Test Of Thunder 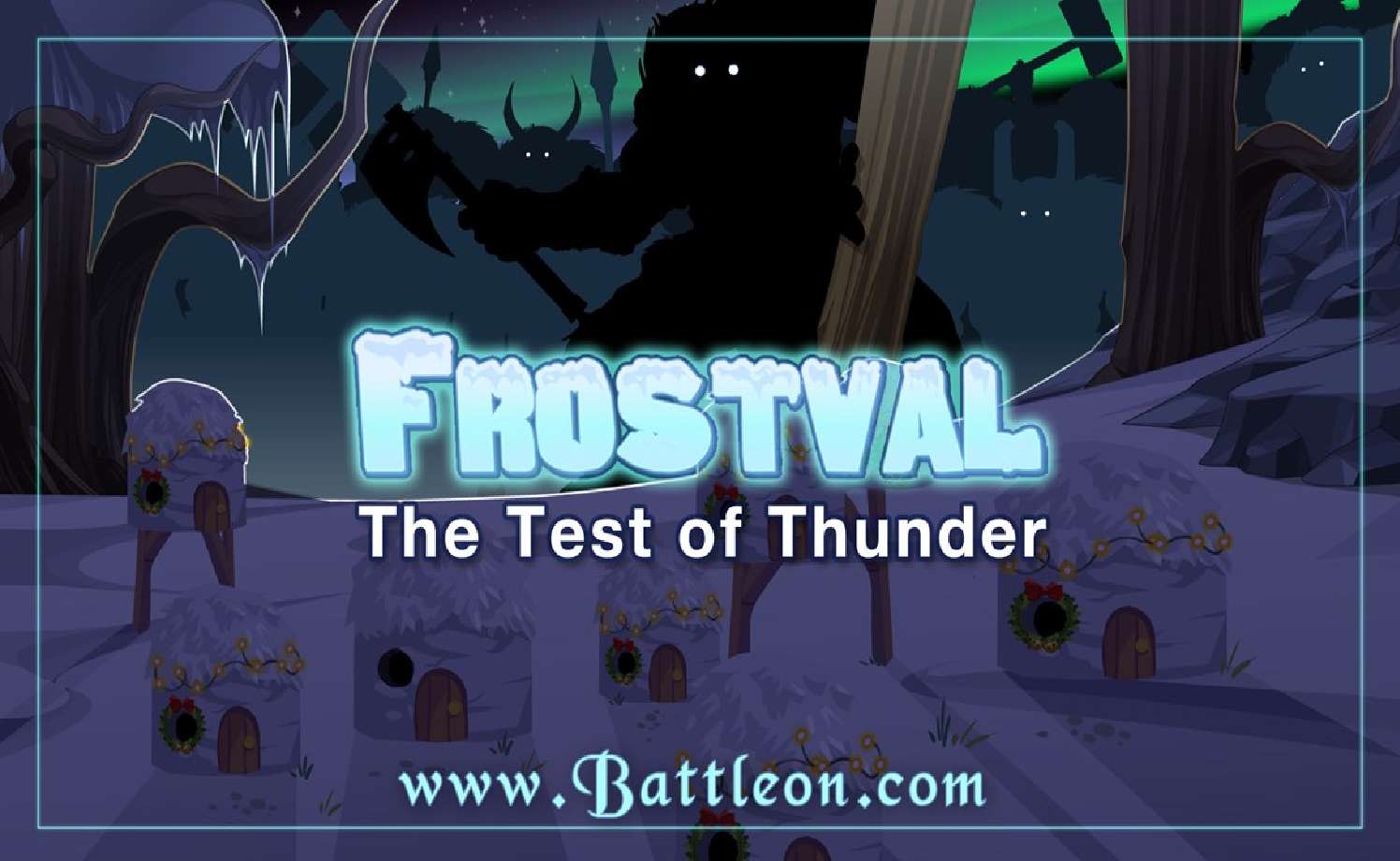 As the flagship game of Artix Entertainment, celebrations in AdventureQuest are always a fun time to be had. And this year’s Frostval event brings about the Test of Thunder.

As with all December events, Frostval is a time of year where the Frostvale Moglins prepare for the annual gift delivery. And as always, something comes along to create chaos. This year, a legion of Frost Giants approaches from the North as a mysterious figure visits an ancient trial upon the village defenders.

Players will need to band together to prepare defensible spots at the northern passes, offering them multiple battle tactics to face this army on their terms. But unlike most events, the Test of Thunder offers multiple endings, granting players a reason to try to get all the possible endings and rewards for their efforts.  In order to get the different endings and rewards, players will want to use multiple different battle tactics to gain access to these things.

And as always, players will still be able to complete the previous years’ Frostval events if they have yet to do so, so they can still go back to do the quests for Frostval all the way back to 2003, though they’ve since redone the cutscenes and that far back to the modern AdventureQuest graphics.

Players will want to complete the previous years’ Frostval Events for gold, experience points, and previous years’ rewards. The first year explains how Frostval first happened, something DragonFable players experience first hand since DragonFable originally was advertised as “five years before AdventureQuest”, but has since broken off from this into a separate timeline. Continuing onto 2004, players start really questing during Frostval, with the Frostvale Moglins being captured for the first time in AdventureQuest. 2005 through 2019 with different formats of this questline.

But Frostval is more than just a series of quests. Players can head over to BattleOn Guardian Tower, though there are Guardian Towers in all cities of LORE,  and pick up their gift boxes as players wait to see what’s inside at the end of the Frostval Gift Delivery event.

Artix Entertainment has always gone out of their way to treat players during their December events. They’ve always been generous and kind, and their events during this time are always fun and cheerful. Fans of AdventureQuest will not want to miss out on the rewards for this year’s Frostval event, as it is only online for a limited time. BattleOn!

It's The Perfect Time To Grind Reputation With This Weeks Bonus Event In World Of Warcraft: Battle For Azeroth

Arathi Basin Has Frozen Over In This Week's PvP Brawl In World Of Warcraft: Battle For Azeroth