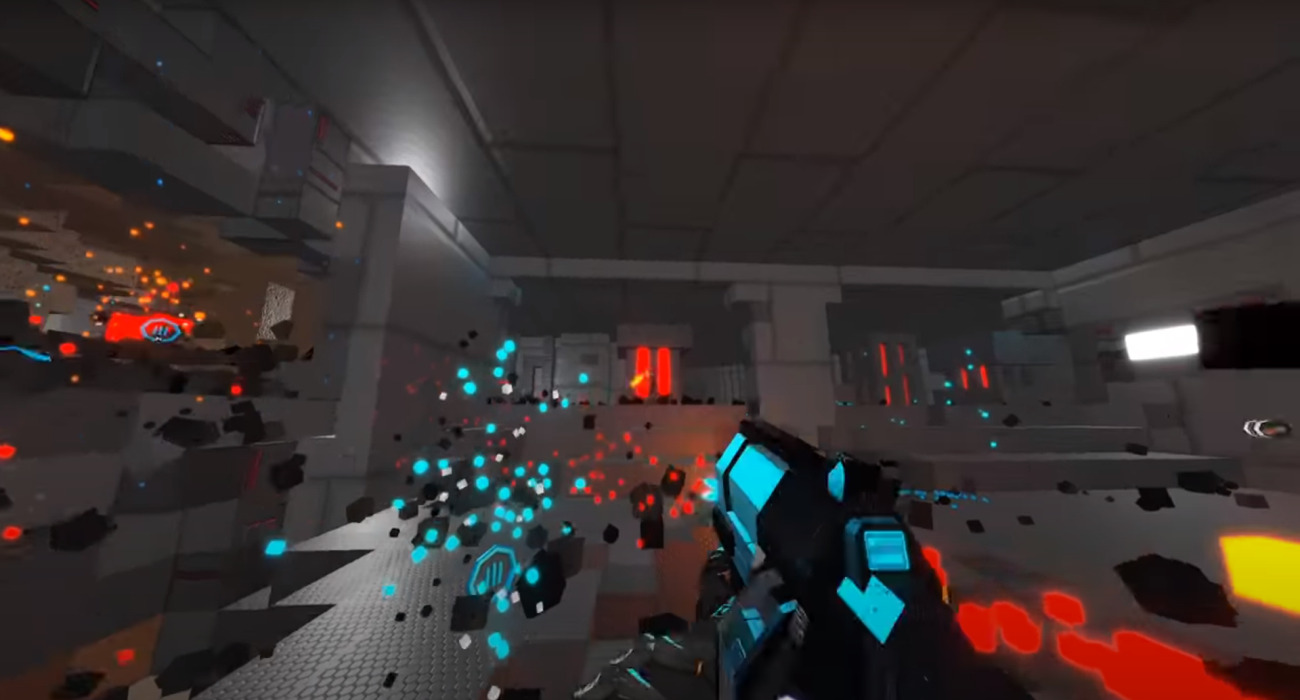 There are numerous first-person shooters available on various platforms, which gives fans of this genre plenty to pick and choose from. If you like those with a free-to-play design as to save money, then you have another offering in Sector’s Edge.

It’s officially available on Steam and thus far, has gained a lot of positive reviews out of the gate. Probably the reason for that is its destructible environment. Every time bullets miss and hit nearby structures and environments, they crumble before you. That design definitely gives Sector’s Edge an advantage in the free shooter space.

It’s like a game of Minecraft, only you have to take out your opponents rather than helping them build. The blocky design gives this shooter a charming aesthetic to it that you don’t typically see in this genre.

RELATED: Dead Cells Newest Update is Barrels Of Fun, And It Is Called Precisely That

Keep in mind that the game is just in Early Access on Steam. It thus has plenty of potential to grow as the developer sees how the community feels for the first couple of months. Still, for a free-to-play game, you would be hard-pressed to find something more addicting and fun.

Vercidium — the two-man developmental team — has created a unique experience that features 8v8 competitive shooter combat. As it stands now, there are a total of three modes that give players plenty of variety out of the gate.

There are a total of six maps, but players also have the ability to design and test out their own custom maps. It’s a great feature that gives players more variety to look forward to as far as settings.

If you check out this free-to-play shooter, you can leave feedback on the game’s community page. It is here where the developer will visit to see what changes are in order as Sector’s Edge matures.

Even early on, it’s showing a lot of great elements. The shooting gameplay seems pretty fast-paced and the destructible environments are a great hook to get you excited about what’s on the horizon.

RELATED: Explore Nightmares In DreamBack VR As You Explore Rickfford Mansion And Attempt To Uncover The Mystery While Saving Your Sanity

There are so many shooters on the market so it’s nice to see Sector’s Edge make a splash in its own unique way. It’s a great time and could be just what you’re looking for if you’ve grown tired of the traditional shooter formulas out today.

Jul 4, 2022 Tom Lee 70
Fntastic and MYTONA in May postponed the premiere of the MMO survival shooter The Day Before but decided to transfer it to the Unreal Engine 5...