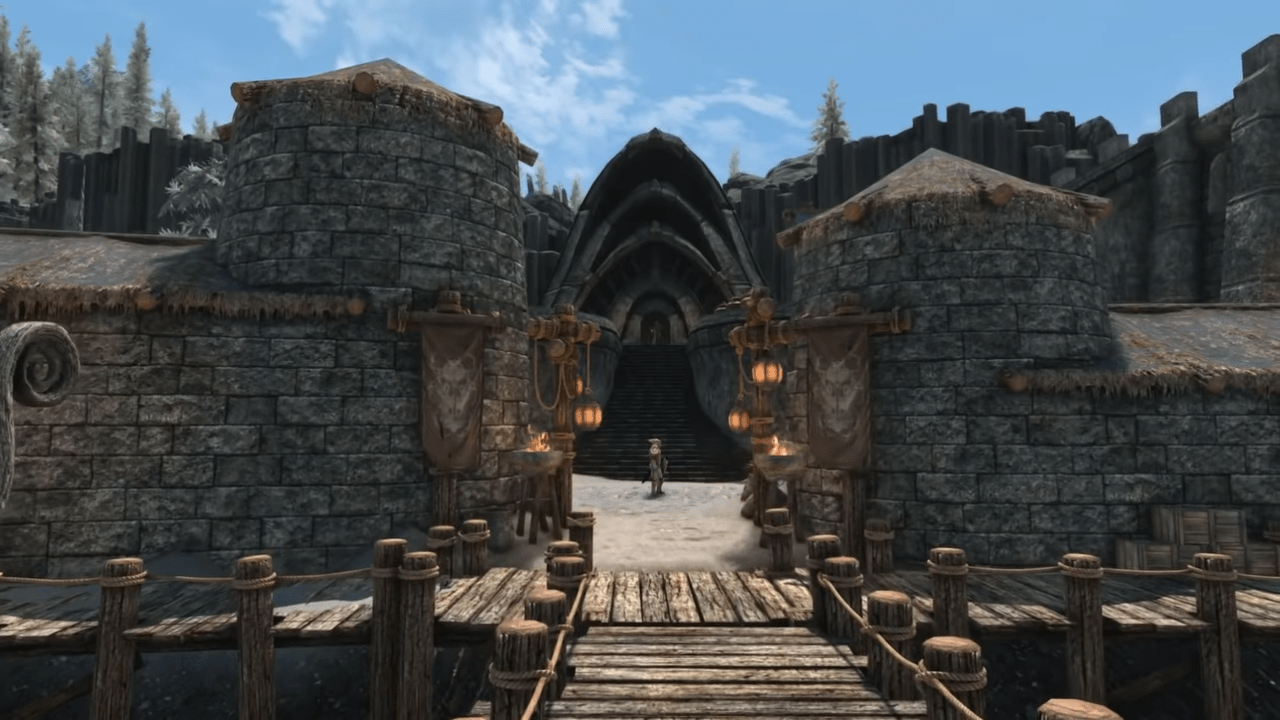 The incredibly diverse and immersive universe of the Elder Scrolls series has fascinated fantasy-genre lovers for decades, and it’s roots in pen-and-paper tabletop gaming are evident from its conception. Daggerfall was loved for its character creation elements, Morrowind and Oblivion for the incredible writing, Skyrim for its beauty and player freedom.

TES captured onscreen what gamers had been imagining for years gathered around the coffee table. It seems so counter-intuitive now that the Elder Scrolls universe was never made into an actual tabletop system, despite the surge in popularity of pen-and-paper RPG’s in the past decade. With such an extensively fleshed-out world complete with memorable characters and interesting lore, a tabletop adventure is the next natural step. Well, Michael Bonar’s unofficial D&D 5e adaptation aims to take that next step while maintaining a connection to the foremost popular TTRPG.

This adaptation takes what is already familiar to the millions of people worldwide that play D&D, and combines it with the world-building and lore of TES in a satisfying and easy-to-understand way. Since it is an adaptation of a current system, the core mechanics are largely the same–backgrounds, damage, and feats all stay the same, as well as the physics and general day-to-day feel of 5e. You won’t find many bumps along the way during character creation that you wouldn’t find in any other tabletop game; everything is largely streamlined.

If you aren't ready to leave the warm sands of Elsweyr to head into the Dark Heart of Skyrim, dig deeper with Enemies of Elsweyr. A #dnd5e supplement for the #ElderScrolls https://t.co/aDeVh2uEI2 pic.twitter.com/vJSVZHR7N3

Players familiar with D&D and other similar tabletops will find classes that have been pulled from 5e and given a unique Elder Scrolls makeover. Fighter finds its twin in Warrior, Ranger has been ported almost in its entirety, and many of the spellcasting classes will feel right at home with their Elder Scrolls counterpart. The system of spellcasting seems to imply that you can use the 5e system of spell slots, but a variant exists that is adapted to suit the style of magicka points present in TES games, with spell levels requiring magicka points, and an extra spell tax intended to simulate the effort exhausted in casting exceptionally powerful spells.

The races of TES have been given great attention to detail, with the subraces and lore for each race surprisingly accurate and at times delightfully obscure. Amongst the popular subraces of elves and men, there also exist lesser-known subraces to choose from, such as the hairless, tailless Ohmes Khajiit, or the Wood Orcs of Valenwood. Each comes with their own plethora of lore-friendly abilities and stat increases.

Of course, the system has its flaws like any other TTRPG. There are a lot of features that even low-level characters get compared to similar tabletop games, and players will find it to be a bit cumbersome to keep track of everything. The action economy between races and classes seems to conflict a bit as well, but these are negligible.

There are only a few adventures currently available, but with the vast world of Tamriel at the tips of your fingers, even an unexperienced DM will find it easy to engage and immerse their players in a rich and flavorful story.