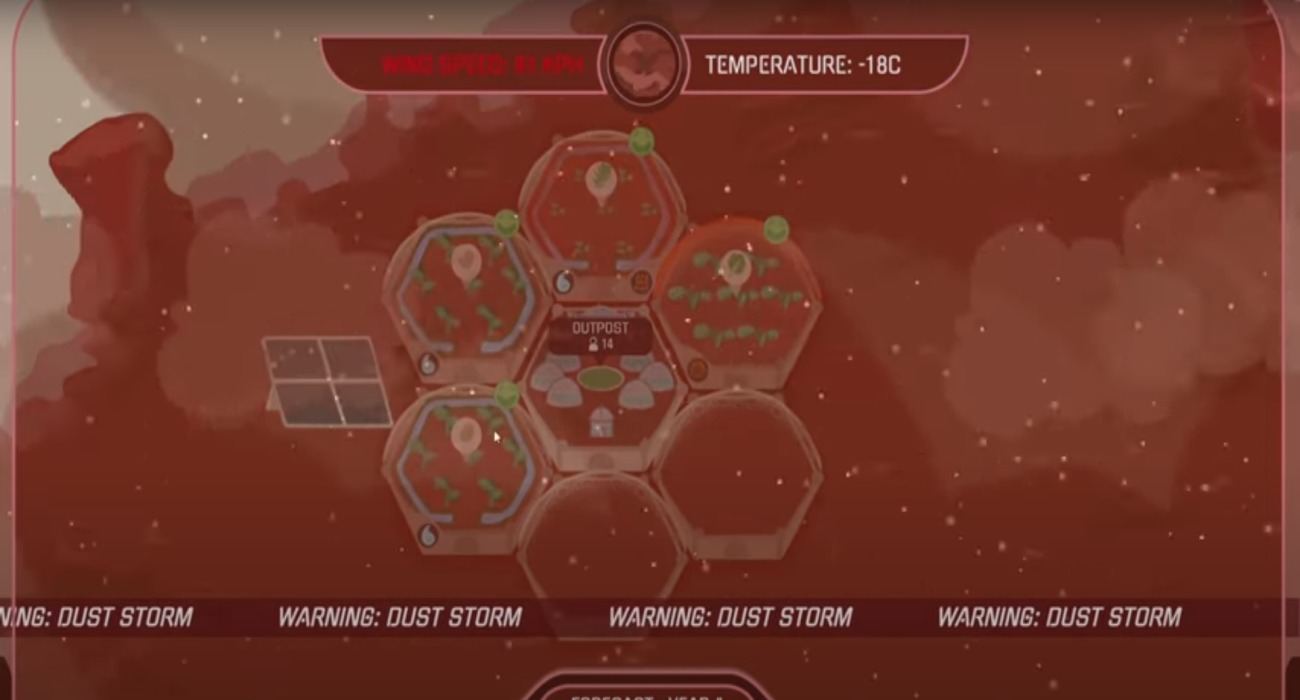 Mars is the lovable red planet that pops up so many times in science-fiction novels and movies. It’s a mysterious place that has been talked about endlessly ever since it was known to exist.

If you want to journey here and get your strategy gaming on, then you’ll be pleased to know Red Planet Farming is currently free on Steam. The general premise is taking on the role of agricultural director, where you’ll see to it that your citizens have plenty of food the thrive.

Sounds like a tough job, but you’ll be able to manage just fine if you learn the agricultural systems that the game’s developer has given you access to.

You’ll be able to design your Mars farm how you see fit. You can select from a bunch of crops and utilize all sorts of innovative technology.

Throughout the seasons, you’ll master the farming ways required to thrive on this harsh red planet. You’ll have to stay mindful of your crops often, giving them plenty of water and cultivating them just right.

Seeing your hard labor create sustainable crops is a very rewarding process that you’ll appreciate over and over. It’s what will keep you coming back to Red Planet Farming, quite honestly.

Some of the elements you’ll have to overcome include radiation, meteor showers, and of course, dust storms. If you can handle everything this red planet throws at you, then you’ll be able to keep your growing society alive. All in a day’s work as they say.

Despite this game’s simpler nature, there are a lot of items and resources you’ll be able to access. That includes modern buildings and farming equipment.

Experimenting with each and finding your own preference for doing things builds a lot of excitement. And the fact that so many people are relying on your farming success just adds to the tension and excitement.

You’ll even have a sassy personal assistant to keep you company when you’re tending to the crops. Red Planet Farming hasn’t received a ton of attention since releasing, but it’s a gem of a game worth checking out.

You don’t even need to be familiar with farming simulators to have success early on. You’ll just need to be vigilant and learn from your mistakes.  It’s great seeing such a fun game being opened up to a larger audience. A Mars colony is depending on your green thumb at this very moment.

Blizzard Patches World Of Warcraft: Shadowlands Alpha To Adjust Torments And Allow All Classes Into Torghast

Nov 4, 2022 Tom Lee 310
This week, when visiting Los Angeles, a GTA Online user discovered a shocking discovery: their very own residential building within the game. Many of...