If you’re into first-person puzzle games like Portal, The Talos Principle, or Quantum Conundrum, you’ve no doubt heard of The Bradwell Conspiracy, a unique puzzle game from the developers at A Brave Plan. If you haven’t, it’s definitely worth checking out, as it brings in some unique gameplay with a few of the familiar first-person puzzle tropes. The game’s publisher, Bossa Studios, has released a brand new trailer to announce the release date and provide a glimpse at the mysterious world we’ll be investigating.

The trailer shows off some of the colorful and intriguing environments of the Stonehenge Museum where the game takes place. After a sudden and mysterious explosion occurs during a Summer Solstice celebration, sponsored by Bradwell Electronics, you become trapped in the museum and the hidden complex below. Guided by a stranger’s voice and utilizing a matter creation tool, you’ll explore the museum as you uncover the secrets of Stonehenge, find the reason behind the explosion, and hopefully, escape the strange Bradwell facility.

The game is already giving off some real Portal vibes, with the main character being guided by a mysterious voice. It’s become par for the course when it comes to first-person puzzle games, but The Bradwell Conspiracy has a unique feature that isn’t present in a lot of similar titles. Throughout the game, you’ll need to use a pair of AI-powered Smart Glasses in order to communicate with Amber, a strange who has found herself locked on the other side of a door in the museum.

These glasses allow you to take picture of objects in the environment in order to gain new insight into the lore and mysteries surrounding Stonehenge, and also as a way to solve puzzles. Find a locked door that you just can’t seem to get past? Send a picture to Amber, and she may be able to unlock it from her end. It’s a cool feature that sets the game apart from other recent titles in the genre, giving you a way to directly communicate with the voice on the other end of the radio.

Your main tool, however, will be a unique device that allows you to create–and dismantle–objects in the environment. This will allow you to create bridges to cross gaps, keys to open locked doors, and more. Throughout the game, you’ll uncover new blueprint that allow you to craft new objects for solving puzzles.

The Bradwell Conspiracy is coming out next week on October 8, 2019. The game will be available for PlayStation 4, Xbox One, PC, Nintendo Switch, and the Apple Arcade subscription service. Oct 2, 2019 Alan Robinson 7050
If you're into first-person puzzle games like Portal, The Talos Principle, or Quantum Conundrum, you've no doubt heard of The Bradwell... 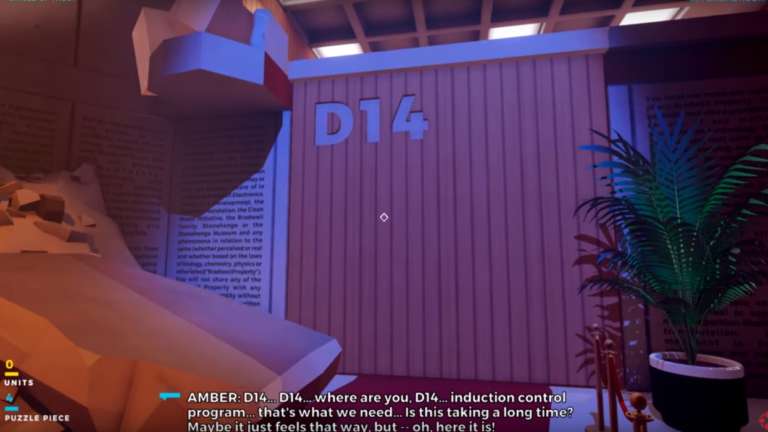 Sep 29, 2019 Jeremy Green 3890
If you enjoy narrative-based games that put more emphasis on story as opposed to hardcore action, then The Bradwell Conspiracy is worth checking out....