The modding community has an irrevocably huge impact on the gaming community and can extend a game’s playability well past when it usually would’ve gotten boring. Most of us by now have experienced the fun of turning a title like Skyrim on its head, replacing all bows with squirt guns and dragons with distorted nightmarish versions of Macho Man Randy Savage.

One modder, a player by the name of Gervig91, decided to bring their talents to Concerned Ape’s charming farm sim title, Stardew Valley. Gervig91 added a great amount of content including some food recipes, some furniture, and a few other decorations.

What makes these items special enough to warrant such attention is that most of them are animated, which isn’t the case for most of the items in the non-modded version of Stardew. For example, Gervig91 added in things like a fish swimming around in a fishbowl, a spinning globe of some planet that definitely doesn’t seem to be Earth, and a twinkling version of the Standing Geode.

For fans of Stardew Valley's music, you might enjoy this (I think it's incredible): https://t.co/jy9e6nxC7V

It's done by @VGMClassics , who would like to complete a full Stardew album. If that sounds interesting, please check out their kickstarter: https://t.co/0tiKirRd4m

Some of the items are spoilers, so we don’t want to list too much and ruin surprises that might be down the road for you if you haven’t managed to make it far enough to have the items unlocked. Suffice to say, though, there’s quite a few new gadgets – about 25 of the spoiler-y ones, and plenty of others as well.

“The idea of this mod is to bring a little more life to a game I love,” Gervig91 wrote in the description of their mod. “I animated a lot of items in this mod, so I highly recommend checking out the config.json file so you can choose which items you want animated and which you do not. Also, the gifs shown in this mod are not a perfect loop, so please don’t judge them as the final product.”

It’s a fantastic amount of customizability being added onto a neat little mod that’s already offering its own amount of customizability. Being able to alter exactly which items do or don’t get the animation helps keep the world from getting a bit too lively if you prefer the quiet bit of solace the farm brings, but you still want to see that goldfish swimming around.

With such creative minds helping to fuel the modding community, it’s no wonder mods are as popular as they are. Check out Gervig91’s mod if you want to add a bit of life to your Stardew Valley farm. 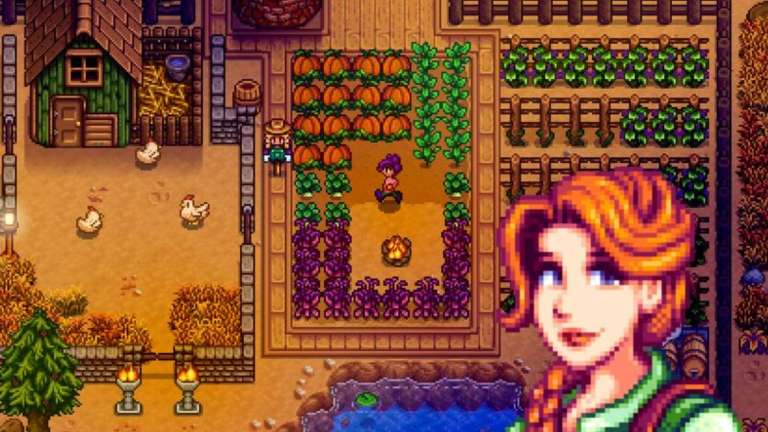 Sep 18, 2022 Tom Lee 750
A fan posted an outstanding diorama of Leah's house from Stardew Valley. Stardew Valley fans have taken their passion for the game to the next level...

Dec 24, 2020 Seb Bates 10050
Fans of the farming simulator game Stardew Valley have been looking forward to game update 1.5 for quite a while. The game’s creator ConcernedApe...

Dec 21, 2020 Harry Alston 11700
The 1.5 update for Stardew Valley might be just around the corner and ConcernedApe, the developer of the game, has shared some interesting new...