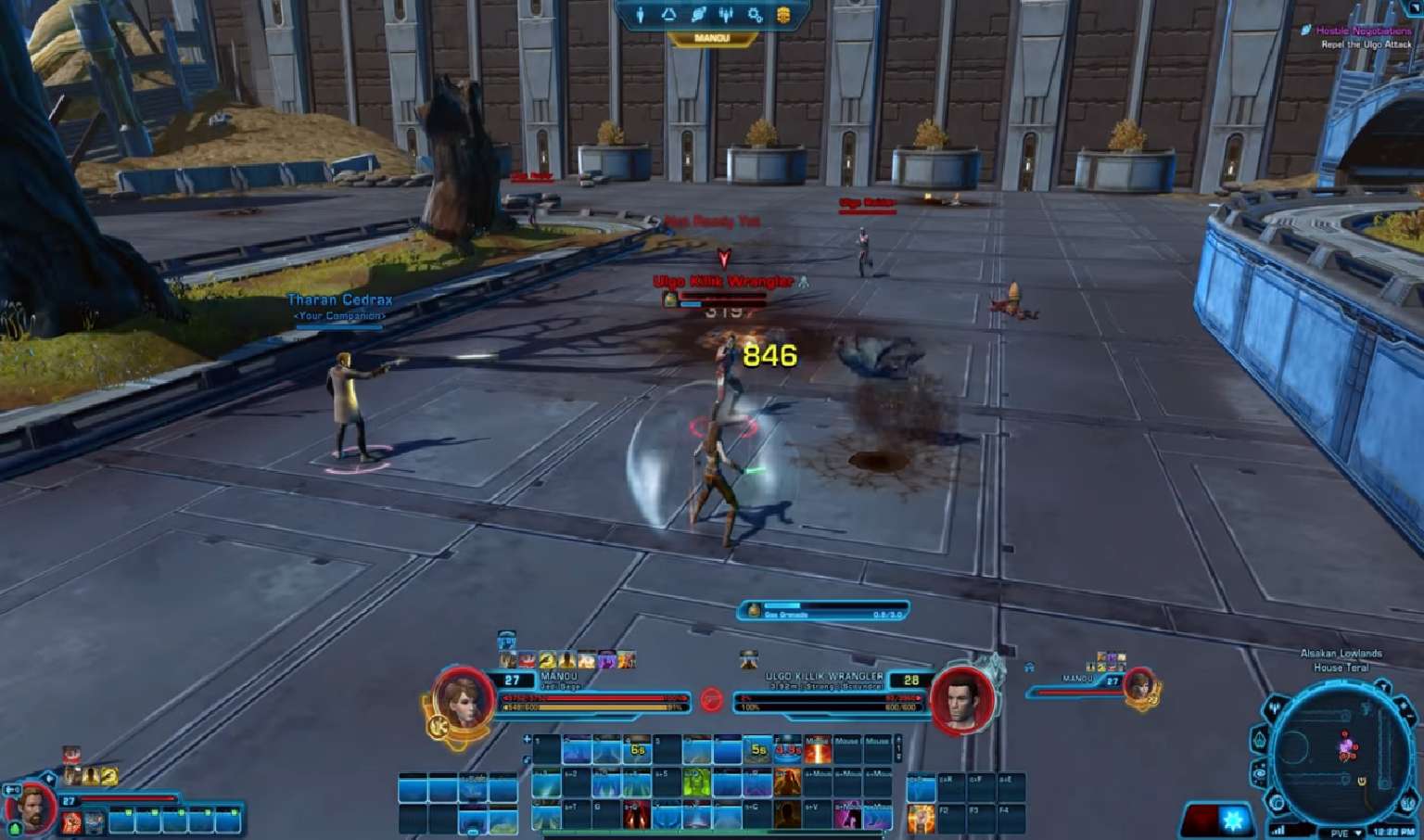 Thanks to the efforts of the players who tested it, the developers of Star Wars the Old Republic are finishing up the Alderaan Stronghold in preparation for the upcoming 6.1 game update. Eric Musco thanked players for their efforts on the forums.

In his forum post, Musco thanked the players who participated in the Public Server Test for the Stronghold, as well as for all their feedback. He stated that it is planned that you will be able to mount decorations everywhere in the Stronghold when it goes live.

Musco apologized for the doors still being wonky, as the patch they pulled for Public Test Server just missed getting those fixes. He promised that those will be fixed for when the update goes live.

Musco went on to state that this is currently the last planned update to the Public Test Server, as the next patch for the game is the full 6.1 update. Musco is continuing to pass on feedback to the team for the Stronghold, especially around hook placement.

But he says they will leave the Public Test Server up until later this week, so he asks that players the feedback coming.

But not everyone is pleased with this announcement. In that very forum post, some players are alarmed that the Stronghold will be going live as is, with no additional floors being opened to the player.  They wish for a full second floor on this Stronghold that looks so large from the outside.

Others still want more windows in the Stronghold, allowing them to look out into the Alderaan landscape, which is a valid concern; Alderaan is a beautiful world for players to run around on, so the ability to look outside is important for players.

The Alderaan Stronghold is set to be the largest part of the 6.1 game update, so it’s important for the developers to get it right. And by continuing to provide feedback, players are helping them do just that.