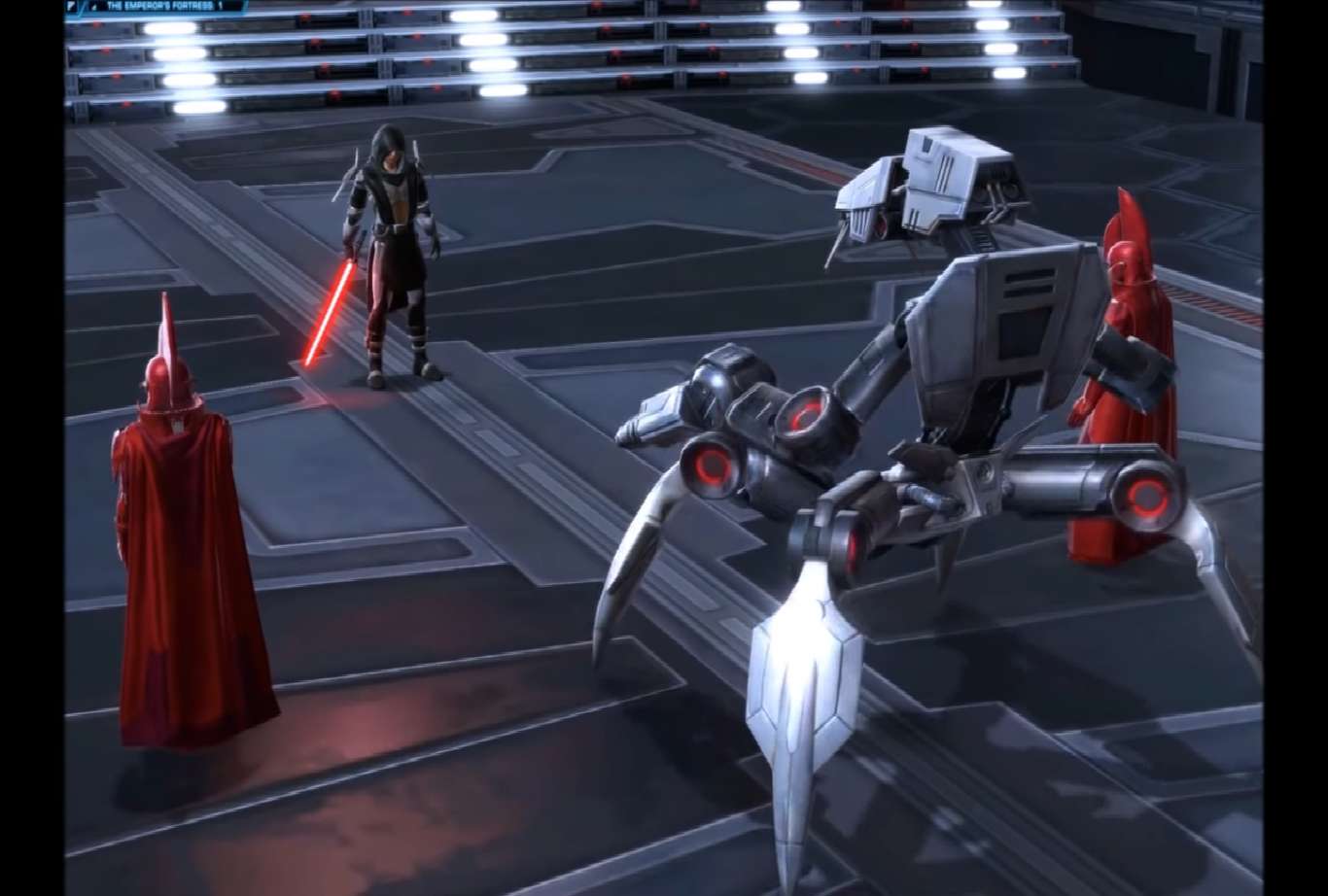 As a company that focuses on their fanbase, Bioware has just released the patch notes for their 6.0.1 update. These notes include fixes to the Cartel Market and add a few new set bonuses and tacticals for players to play with.

The first updates are minor to the Cartel Market; the “Claim Stack” button in the Pack Explorer’s Item Stash has had its functionality restored, and they corrected typos in several MTX item descriptions.

The next fixes are general fixes; the Objectives “Find the Friendly Frond (Scan)” and “Visit Original TaunTaun Steak Co. (Scan)” for the Achievement Mek-Sha Sightseer can now be completed as intended. Also, players are less likely to get stuck inside the chairs in Huttbreaker’s Compound. They also addressed a number of typos in the new Fleet sign’s tooltips, and made is so players can once again invite other players into their Strongholds. They also fixed a problem with using Heroic Transport, where it used to kill Companions in some situations.

The Nautolan’s Social Ability is no longer permanent when used, meaning players will no longer run around performing the ability both during combat and in cutscenes. They also fixed the Guild Invasions leaderboard, as it now updates the first time the player views it as intended.

One of the features of the game was characters receiving emails from companions after the story is over, but for a short time, they’d receive messages from dead companions.  This should be fixed now. Furthermore, the in-game mail that Major Anri, a temporary Imperial companion, sends to the player that references a reward now has credits attached to it.

They also removed access for Imperial players to be able to travel to a Republic Quick Travel point on Onderon, and made it so the /follow command is once again functional. They also fixed a problem with category titles, where Materials Inventory did not expand and collapse properly. They’ve also fixed an audio issue where background music and audio played during the Onslaught closing credits when we were supposed to only have the Star Wars end credits theme play. They also adjusted the font color on Operation, portrait, and target frames to be easier to read.  And they finally fixed an issue where the Materials Inventory did not

They’ve made some changes to quests too. First off, they adjusted Experience gains from a number of enemies in The Crisis on Umbara Flashpoint to combat exploitive behavior and fixed an issue where players were not always bolstered to level 70 as intended in Veteran Mode Kuat Drive Yards.

They also added a fix to the Foundry, which was not bolstering players in Veteran Mode as intended.

As for Operations, they fixed an issue in Hive of the Mountain Queen where the Story Mode version of it was giving more Achievement points than intended. They also added fixes to the Nature of Progress, where the “I Guess We Win?” Achievement for the Huntmaster is no longer blocked in some situations, and they corrected a typo in the “Red’s Fed” Achievement text which incorrectly stated what to do to earn the Achievement. And they also made it so the Apex Vanguard will now use Rocket Salvo after using Mass Target Lock for the first time as intended.

There were also some fixes to items. They corrected numerous typos in Tactical and Set Bonus tooltips, as well as an issue where, in some situations, a player would receive zero Tech Fragments for Deconstructing an item tied to their Crew Skill profession.

They added a fix where players will once again earn Dark or Light Tokens when earning a Renown Rank, depending on which side is currently winning the Galactic War.

Players can also no longer buy random gear for Tech Fragments below level 75 and made it so Jawa Junk earned from harvesting now stacks in a player’s inventory.

They also made it so Set Bonus gear and Tactical items purchased from the Class vendors on the fleet can no longer be refunded.

They also fixed an issue where the Sith Inquisitor’s Companions did not appear on the Class Ship after the events of Knights of the Fallen Empire as intended.

There was also an issue where Jedi Knights that resumed their romance with Kira Carson did not trigger the intended break-up with Lana Beniko or Theron Shan as they were supposed to, which is now fixed.

Additionally, players who completed the Onslaught story and should have received Jakarro, Kira, and/or Scourge but didn’t should now have them available as Companions.

For a time, World Bosses, which are bosses on the maps of the planets that require 8-16 player teams, are now dropping gear in addition to their existing drops.

They added a fix where Tech Fragments and gearboxes will now drop from Mek-Sha world bosses as intended, and they adjusted the rewards for completing Knights of the Fallen Empire Chapter II “A Dream of Empire” to be more in line with the Chapter’s difficulty and completion time.

There was a rare issue where Level 1 players could get stuck in certain situations trying to access promotional companions such as Shae Vizla, Nico Okarr, Paxton Rall, Darth Hexid, Master Ranos and several others. This has been fixed so they work properly. There was also an issue where, in certain circumstances, players were unable to interact with the Final Ship’s Log for the Combing the Wreckage Mission on Onderon. This has also been fixed, as well as an issue where select NPCs being hostile to the player in the Odessen Base, meaning they would attack the player unprovoked.

And we finally come to the PVP situation, where Ability Charges would not reset after Ranked Arena PvP Rounds. They now do so as intended.

There were also some set bonuses added to some of the classes, but those will be covered in the next several days.