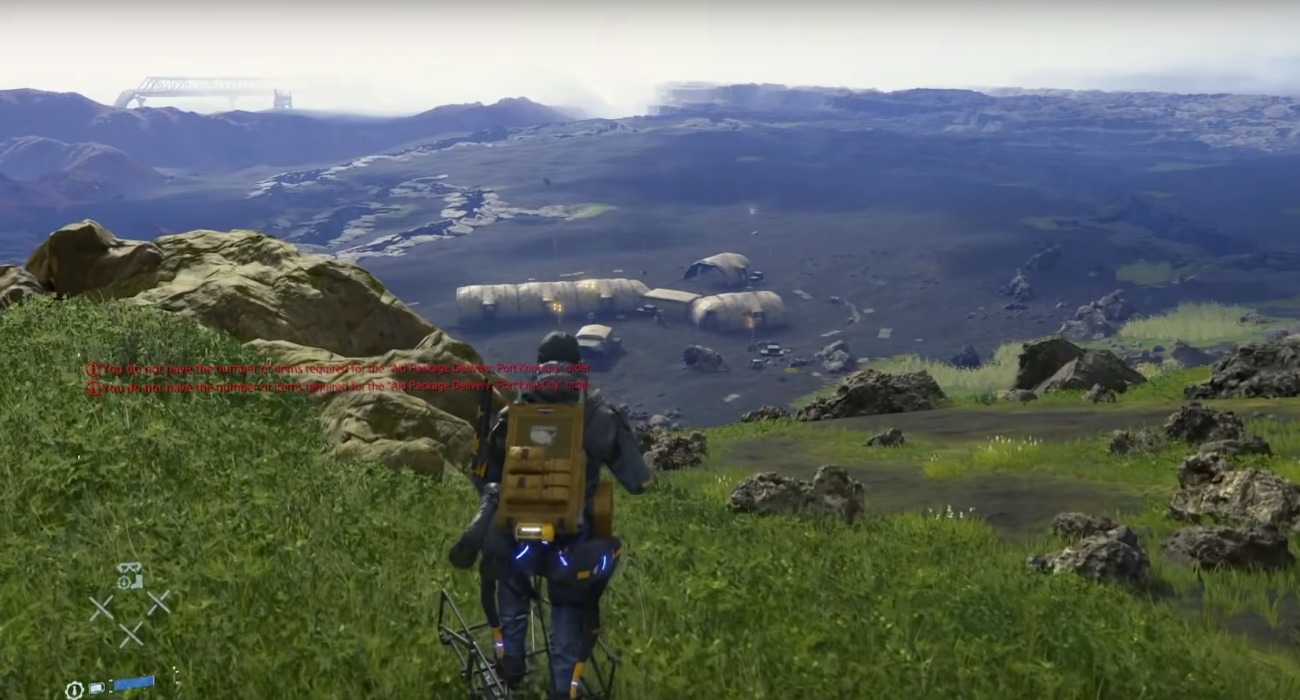 Not very many games are as strange and mysterious as Kojima’s upcoming Death Stranding. The developers are really going for it in terms of strange story elements and gameplay. Any game that has Norman Reedus peeing on grass and having it turn into a mushroom definitely ranks a 10 out of 10 on the weird factor.

Thus far, there have been several trailer reveals over the last couple of months. Now, we have a ton of golden nuggets to analyze thanks to the recent Tokyo Game Show. An hour-long footage of gameplay was revealed, in fact. So that you’re not bored with every specific detail, let’s take a look at the major highlights.

Starting off, lets talk about how Reedus’ character Sam moves about the environments. To carry his items, he has a trusty suitcase. It’s with you for pretty much the entire game. If you’re not careful, the suitcase will actually fall out of Sam’s hands. You thus have to be mindful of your environments, particularly near streams and slippery rocks. It’s a pretty detailed design when you really think about it. The luggage carrier can even be used as a vehicle.

Sam also will be able to hop on a motorcycle, which comes in handy when you’re trying to reach destinations quickly that are far away. It’s interesting to find out that the motorcycle’s brand, Triumph, is featured in the game. Apparently, Reedus supports the brand in real life.

As most gamers probably already know, Sam has a baby featured in the front portion of his suit. It has special abilities that can detect threats wherever Sam is. You’ll have to keep him happy, and you can do so by playing an accessible harmonica. With all of this walking around, it only makes sense that Sam will get tired. To recharge his batteries, he can take baths. Monster Energy drinks are also available for a quick recharge.

To top off these highlights, we see Sam in an epic boss fight. It sort of resembles a panther only with floating tentacles. It also looks to be dripping in oil. The visuals are quite surreal as if Sam is fighting some sort of demon in a dream. It puts up quite a fight. If monsters like this are what we have to look forward to, then Death Stranding is going to be amazing. Who knows what other sort of surreal, powerful creatures you’ll encounter along your journey?

Oct 5, 2022 Michael Gunn 370
Despite Hideo Kojima's tight-lippedness, fans have known for some time that a Death Stranding sequel is in the works. That's because, in May, actor...

Aug 20, 2022 Michael Gunn 1770
Death Stranding by Kojima Productions will be available on Game Pass for PC starting on August 23, according to 505 Games. The original release of...