Should You Do The Europa Team Of The Group Stages Lucas Moura SBC In FIFA 21? Not A Live Card! 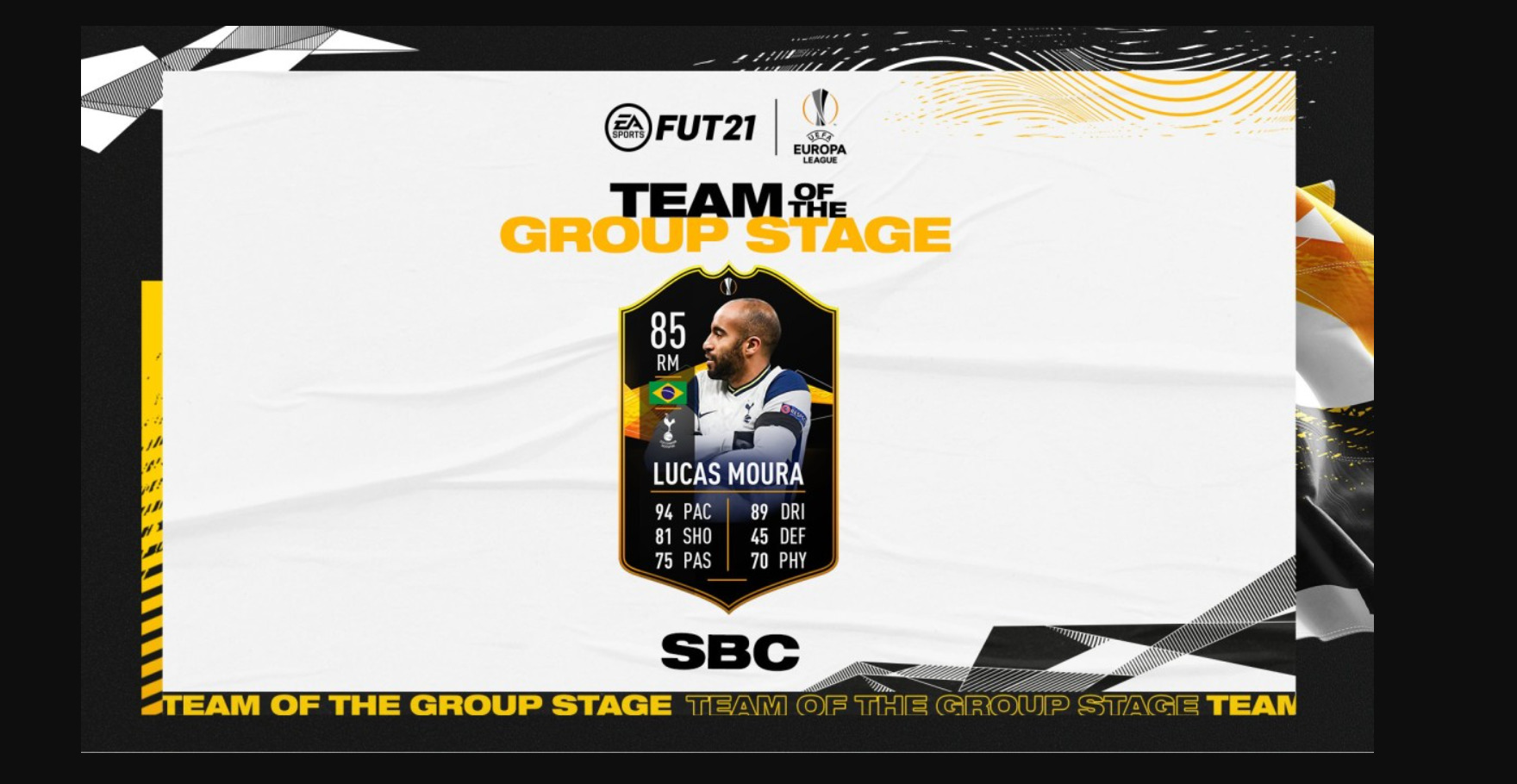 Lucas Moura received a TOTGS SBC in FIFA 21 today, an 85-rated right-midfielder card with boosted stats. Tottenham is currently sitting second in their group behind Antwerp. Even after a 3-3 draw to LASK yesterday, Spurs are still through to the round of 32. However, this is not a live card.

Moura’s card is coming in at around 30o-320 thousand FIFA coins, a price that has been quickly ridiculed by the community. Another extremely expensive card, a price that EA tries to justify mostly due to the fact Moura has ridiculous pace and resides in the Premier League.

RELATED: Borderlands 3 Just Received A New Hotfix That Addresses A Lot Of Gameplay And Progression Issues

RELATED: Fallout 76 Has A New Challenge Where Players Are Trying To Contract All Diseases For Atoms

This is a fixed card, not based on Tottenham’s performance throughout the rest of the Europa League. He won’t receive any upgrades, even if Spurs go on to the final. This makes the price of this card even harder to stomach.

In terms of the card, Moura receives a decent boost, with extra shooting, passing, pace. This adds up to a +2 or +3 across the board, taking him up to 94 pace and 81 shooting. His gold card was already extremely usable, still finding its way into some people’s teams at this stage of the game, although the price of this TOTGS card is very, very high.

With a quick look at the stats thanks to FUTBIN, you can see where this card excels: 95 agility, 94 balance, and 97 acceleration. Those are all extremely meta stats, although not too insane for this stage of the game when you take a look at the lower shooting and passing stats.

Compare this Lucas Moura card to the recent TOTW Raphinha (from Leeds) and you’ll see what I mean. The difference between the two cards is minimal, but Moura is double the price. Raphinha is coming in at around 120k on both consoles at the time of writing. That’s also 120k in tradeable coins, not sucked dry by an untradeable SBC card.

RELATED: The Iconic Battlefield 5 Is Now Available For Free On Xbox One To Subscribers Of EA Access

If this Moura card was a live card – and would receive upgrades as Spurs progressed – then the 320k pricetag might be justified. As it stands, this is an incredible waste of coins. No matter how much you enjoyed Moura’s base gold card (it was pretty good), you shouldn’t spend this many coins or waste your club on this card.

With multiple promos on their way as we head towards Christmas and New Year, your coins and players would be better used elsewhere.