the simsthe sims 4elden ringPOKEMONgears of warGenshin ImpactoverwatchOverwatch 2the witchercall of dutycall of duty: modern warfare 2red dead redemptionred dead redemption 2the last of usalone in the darkpokemon goelectronic artsValorantMyststardew valleystar wars jedi: fallen orderGod of War RagnarokbayonettaBayonetta 3final fantasy
Home
GAMES
Ruby Weapon Is Coming To Final Fantasy XIV, And Looks To Be As Tough As It Was In Final Fantasy VII 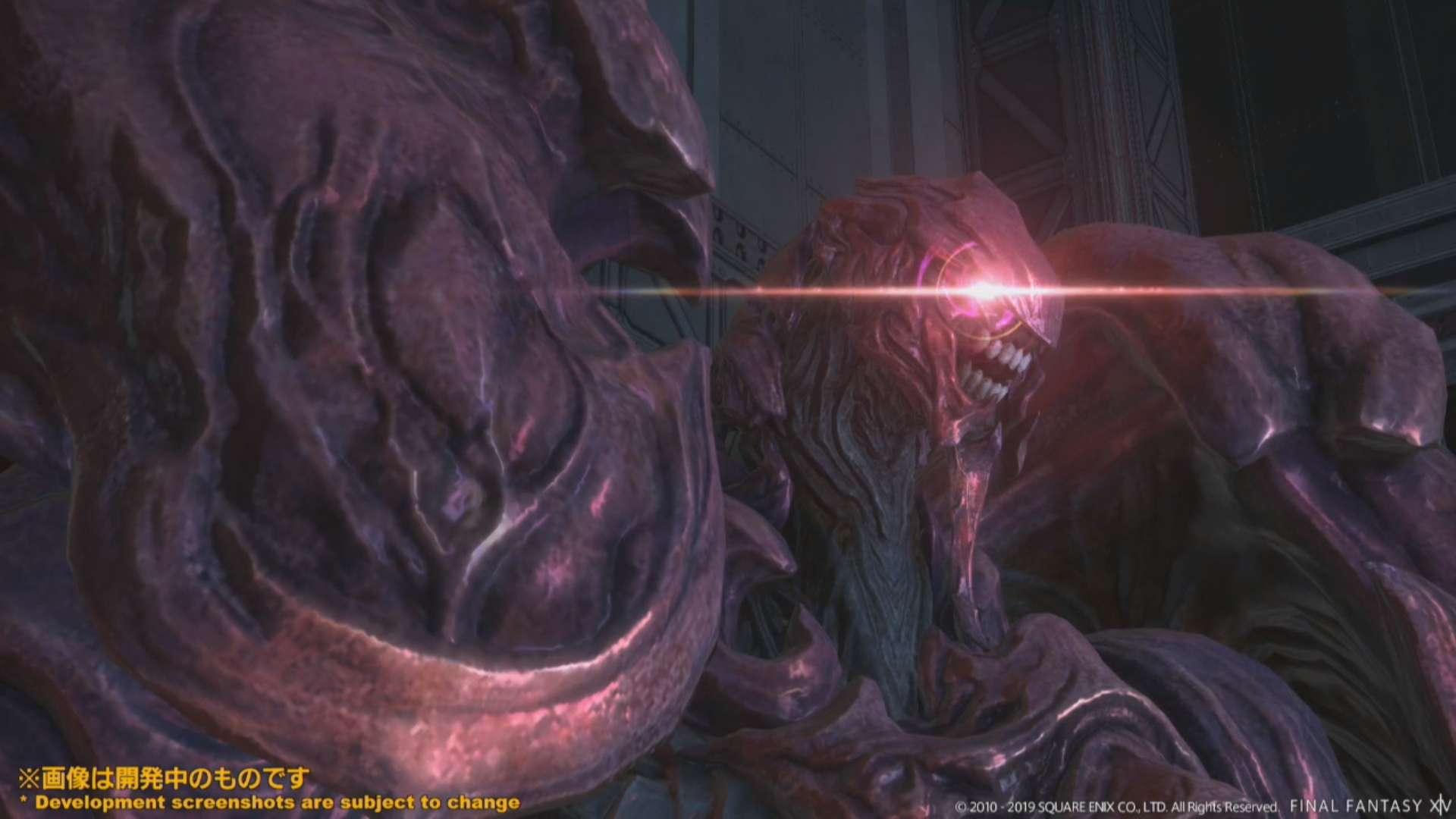 Final Fantasy XIV has received some wonderful fan service in the past. Most notably, the Gold Saucer theme park from Final Fantasy VII has made an appearance in Square’s ongoing MMO. You can also face off against the Final Fantasy VII boss Demon’s Gate, renamed Demon Wall, which originally frustrated players in the Temple of the Ancients.

Now, another element from Final Fantasy VII is making its way into Final Fantasy XIV, with Ruby Weapon appearing as a major boss battle.

If you’ve ever played the original 1997 release of Final Fantasy VII, the words Ruby Weapon should be enough to make you afraid.

It was one of two mega bosses added into the game. It had 800,000 HP and could be found buried in the desert around the Gold Saucer. Originally, Ruby could only be encountered by using a Chocobo or the Highwind airship.

Ruby Weapon is being prepped for battle in Final Fantasy XIV, and Square Enix showed off some of what players can expect in a recent livestream.

That video can be seen in the player below.

Square released an official blurb, tying Ruby Weapon in with the lore of Final Fantasy XIV.

“Clad in crimson and armed to the teeth, the Ruby Weapon represents the latest advances in Garlean military technology. But what dark depths has the Empire plumbed to obtain such power?”

Fans won’t have to wait too long to find out. Ruby Weapon will arrive in the world of Final Fantasy XIV on February 18 as part of a patch entitled 5.2.

You can view the trailer which features Ruby Weapon, below.

In the original Lore of Final Fantasy VII, Ruby Weapon was one of several monsters created by the planet for self defense. They were called Weapons.

Originally, the Weapons were created to attack and destroy Jenova, the Calamity from the Skies, but the surviving members of the Cetra managed to defeat and contain Jenova before the Weapons could be unleashed.

They were released unto the world when Sephiroth used the Black Materia to summon Meteor, a powerful meteorite that was going to collide with the planet and destroy it.

Emerald Weapon was the other super boss added into the game alongside Ruby. While both of these bosses were incredibly hard to defeat, players the world over relished in the challenge.

There has been no word as of yet if the Weapons will be factoring into Final Fantasy VII Remake, which releases on the PlayStation 4 on April 10.