Developer Tuned-Out Games with the support of Greg Johnson of HumaNature Studios have announced the release window for the retro-inspired twin-stick Rogue-lite shooter Demons Ate My Neighbors!

Demons Ate My Neighbors! takes place in July 1991 within Fairweather Valley. A cursed VHS tape unleashes horrors upon the neighborhood, turns the residents evil, and ruins the perfect Summer for heroes April and Joey. Together, the paid must exorcise their neighbors, travel to the haunted high school, and rewind all of the bad memories from an otherwise perfect Summer.

Players can enjoy the title with local co-op and use a variety of weapons. They include loading Splasha squirt guns with holy water and drenching neighbors and demons. Using different nozzles will have different shots, effects, and overblast abilities. The guns are also upgradable with Nitro Splashtanks located across the neighborhood.

Using a powerful RadWatch, April and Joey can hunt the neighborhood for infected neighbors. The watch is upgradeable to expand its range and accuracy. Choices also matter in the game, which may change the fate of some of the neighbors using unique cutscenes.

Sometimes when you try to save Citizens in Demons Ate My Neighbors, they end up TUNED OUT. Turns out this priest is actually a demon! What do you think his name should be? pic.twitter.com/bfstD9OzmH

The game is a Rogue-lite, so there are infinite timelines where April and Joey can battle the evil spirits. The pair can find additional bonuses by knocking over mailboxes, trashcans, and more to assemble household weapons. After defeating Boss Demons, the pair can use “VHS Tokens” to unlock permanent neighborhood upgrades.

The developer is also opening up a Kickstarter campaign for the game on September 8. Although the game is in the process of being developed, the company hopes to raise additional funds to add more levels and additional terrors. Stretch goals include Xbox Series X and PlayStation 5 ports, online co-op, new characters, new weapons, and alien bosses.

Demons Ate My Neighbors! brings back a fun, thrilling vibe that we miss from ’80s & ‘90s camp horror. We want to take a fresh, surprising spin on a classic co-op formula by adding random levels, meta-progression, a succinct story, inspired new characters, monsters and innovative gameplay on top of a funky, campy nostalgic aesthetic. If you’re sick of Demons Eating YOUR Neighbors – Join the @Watch on Twitter. Get pumped! 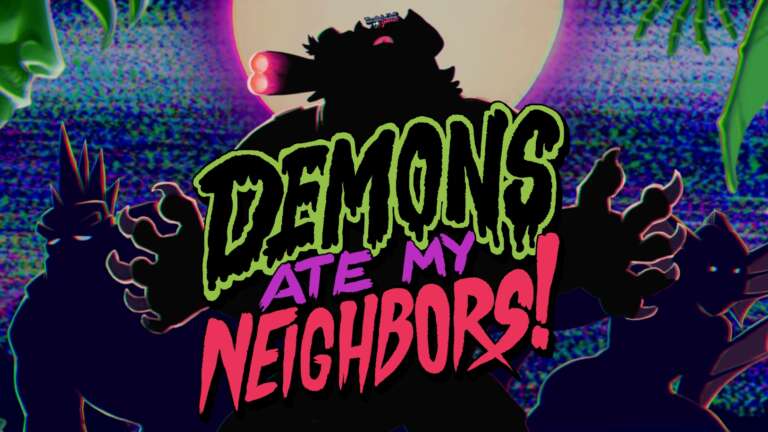 Sep 8, 2020 Lisa Nguyen 5670
Developer Tuned-Out Games with the support of Greg Johnson of HumaNature Studios have announced the release window for the retro-inspired twin-stick... 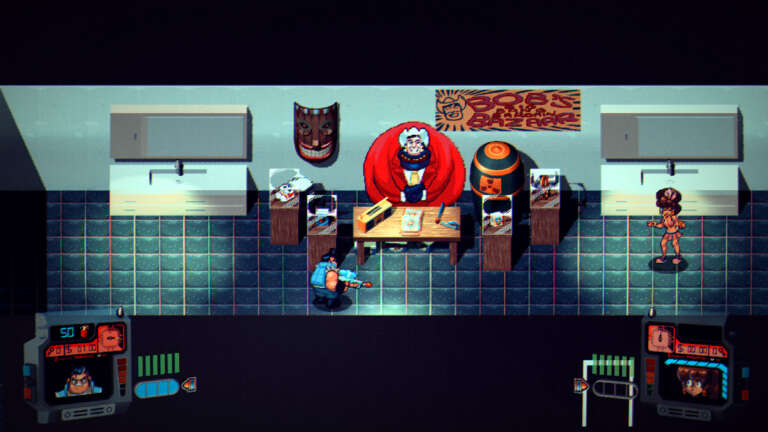 Aug 12, 2020 Joshua Goodpastor 7900
Inspired by the LucasArts classic Zombies At My Neighbors comes a demon-filled spin-off sequel from Tuned-Out Games. Demons Ate My Neighbors is the...