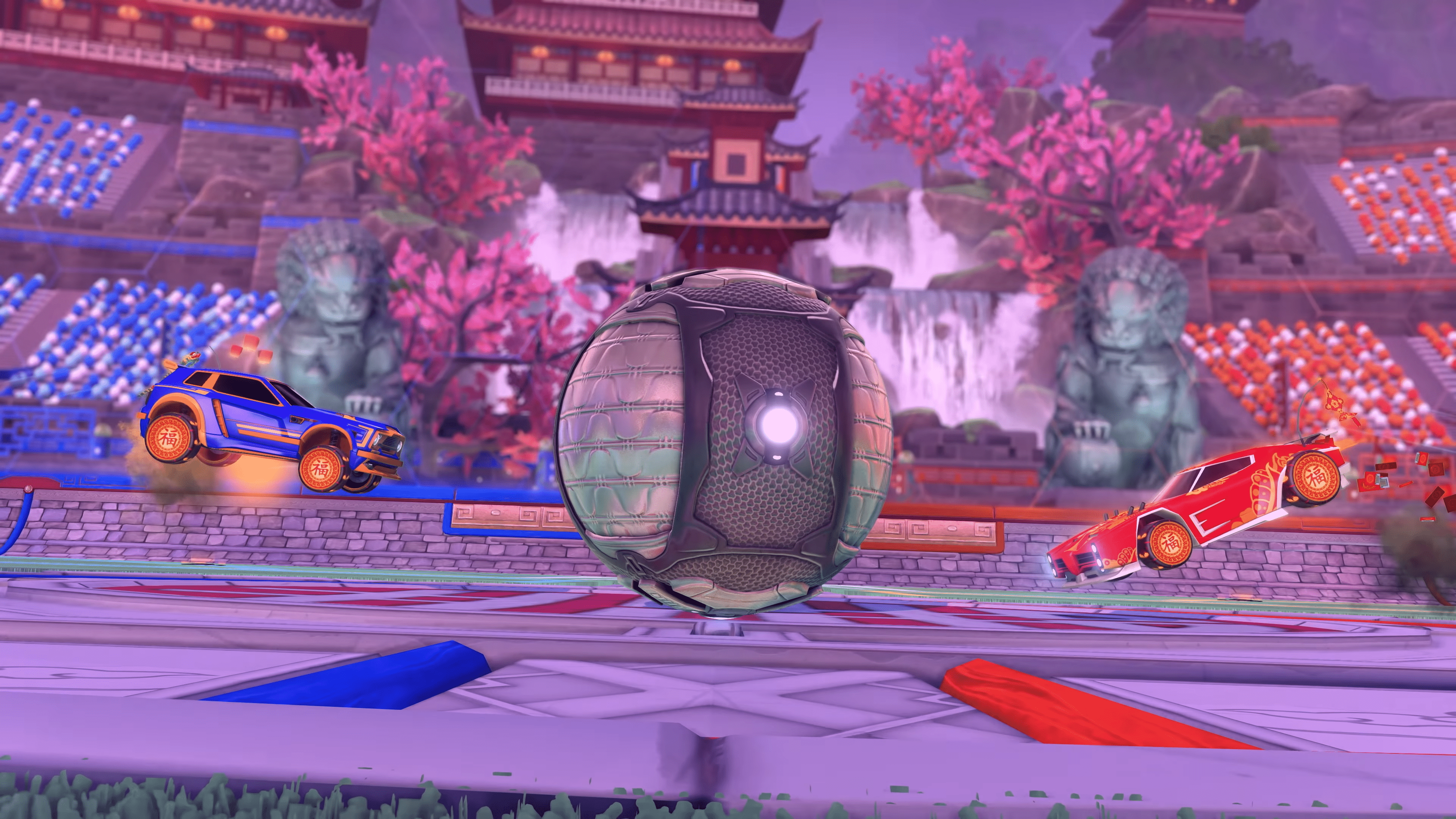 As players turn in their final Snowflakes from the most recent Winter event in Rocket League, they should rest assured knowing that yet another event is right around the corner for the ‘soccar’ title that has experienced a wealth of success.  The upcoming event will make weeaboos very happy, as it prominently features lanterns the Asian cultures (namely China) are known to light and send aloft into the sky, along with other Asian-centric themes that aren’t necessarily restricted to Chinese culture.  The event is titled ‘Lucky Lanterns‘ and is currently slated to beginning on January 20th, 2020.

For starters, a brand new arena is being released to mark the beginning of the Lucky Lanterns event, and it’s a gorgeous design showcasing cherry blossoms, pagoda-style roofing, and green mountain peaks.  The color contrast is fantastic to appreciate, although you’ll likely be far too busy whiffing yet another aerial to park and enjoy the scenery.

Along with the new arena is a wealth of items that prominently feature Chinese culture, from dragon decals on vehicles, abstract lion iconography, and even wheels featuring Chinese characters.  The currency of this event will be Red Envelopes, acting much like the Snowflakes did for the recent winter event.

Completing matches will give you the event currency depending on how long the match lasted, meaning that once again Competitive Play will likely be the standard stomping grounds for anyone looking to deck their vehicle out with some Asian flair.

Casual could also be a plausible means of chasing the currency, as forfeits in Competitive make the match far shorter, meaning no one gets as many rewards.  In Casual play, it’s likely that even if people leave, the server could fill back up again.  It all comes down to how hard your team is stomping that night, and if the opposing team is already tilted from previous matches.  The general rule of thumb is that regardless of how you chase the Red Envelopes, prepare to play a lot if you want to chase all of the rewards in the Chinese New Year event.

Lucky Lanterns is set to end February 10th, and Red Envelopes must be redeemed by February 13th, else they’re gone forever.

The Chinese New Year is celebrated on January 25th, and this year is marked as the Year of the Rat; this may help some make sense of various rat-themed items within the event.

Rocket League and its developer Psyonix seem to continue doing well enough, although the servers have noticeably been suffering for some users recently.  Despite its sale to Epic, it thus far continues to be available for sale on Steam.

Monster Hunter: World Should Receive A Patch Allowing Users To Play Again 'In A Few Days'