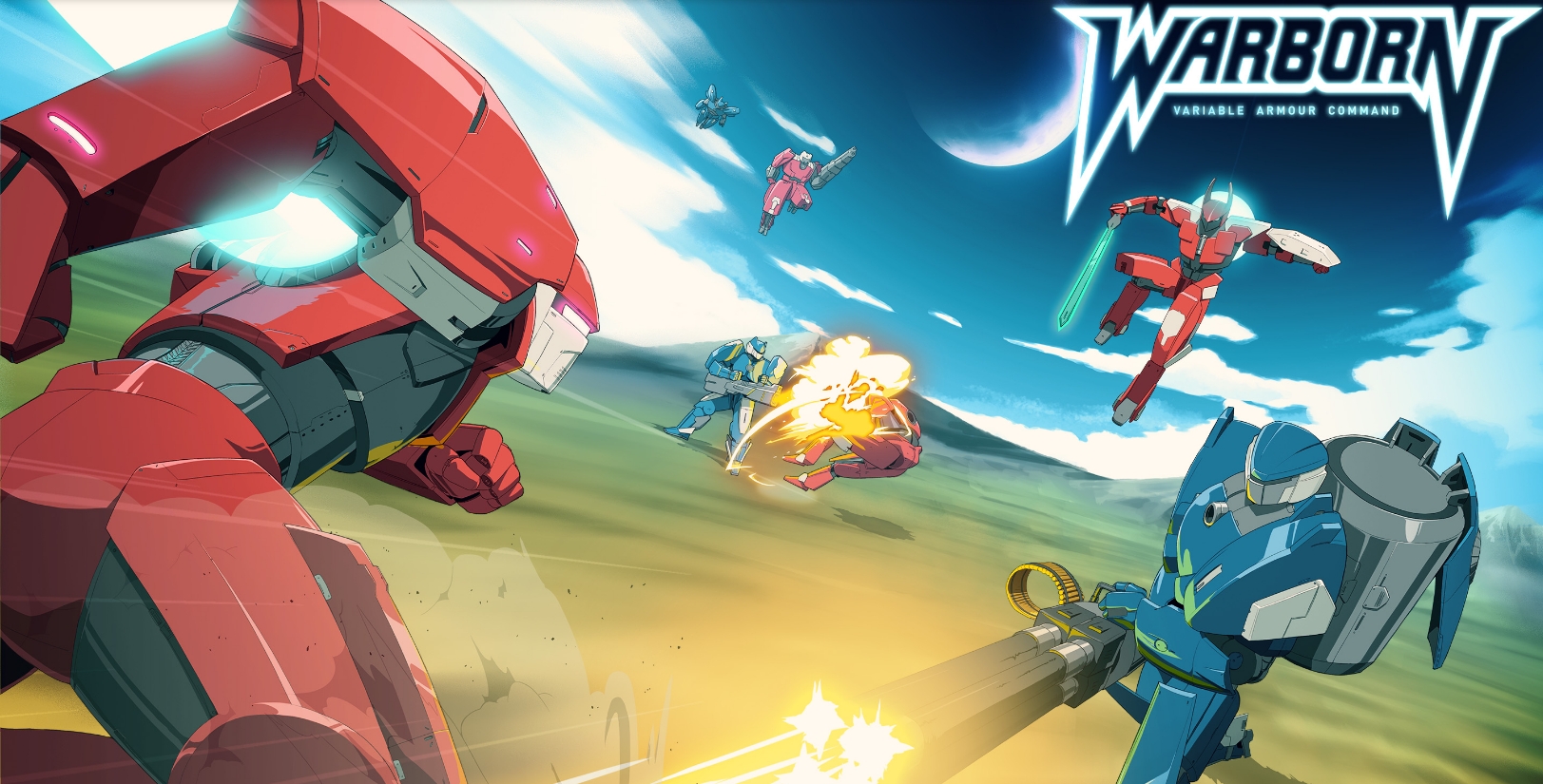 In Warborn, “The Auros system is plagued by chaos, held tight in the deadly grip of conflict. Find a side and deploy for battle in the Variable Armour, a technologically advanced suit of war. With command over this giant robotic weapon, lead a strike force of deadly mecha towards victory and liberation in turn-based tactical combat. The fate of billions rests in your hands.” according to the Steam store description.

Warborn has a story-driven Campaign mode along with customizable battles. There are ten missions total featuring all four playable commanders.

There are four different commanders for players to choose from. Each commander has a unique set of Variable Armour. Gamers will also lead a force of armored units into battle. Each group has a unique fighting style, but if they fail, reinforcement orbiting the region can be called in for extra help.

There are two different battle modes: Skirmish and Multiplayer. In Skirmish mode, players can set the match parameters. Online multiplayer lets players fight against others one vs. one.

Each environment is as unique as the commanders and their units. Different environments have varying benefits, or they can create more trouble on the battlefield. Players will have to utilize some strategy to ensure they can win the battle.

If gamers want to make the battle more difficult, they can use the Map Editor. User-created maps can be played either in the Skirmish mode or in private online multiplayer. The maps are also shareable among friends or other combatants.

The graphics are inspired by anime from the 90s era, including Macross and Gundam.

Players can join the official Warborn Discord community to discuss the upcoming game, ask developers questions, and interact with other fans. Additional videos, including gameplay, are also available on the developer’s official YouTube channel.

Raredrop Games Ltd is an indie developer based in Bristol, UK. The studio’s previous title includes the puzzle game To the Throne.

The exact release date of Warborn is still unknown.

Warborn will launch on PC via Steam, Mac, PlayStation 4, and the Nintendo Switch in Spring 2020.