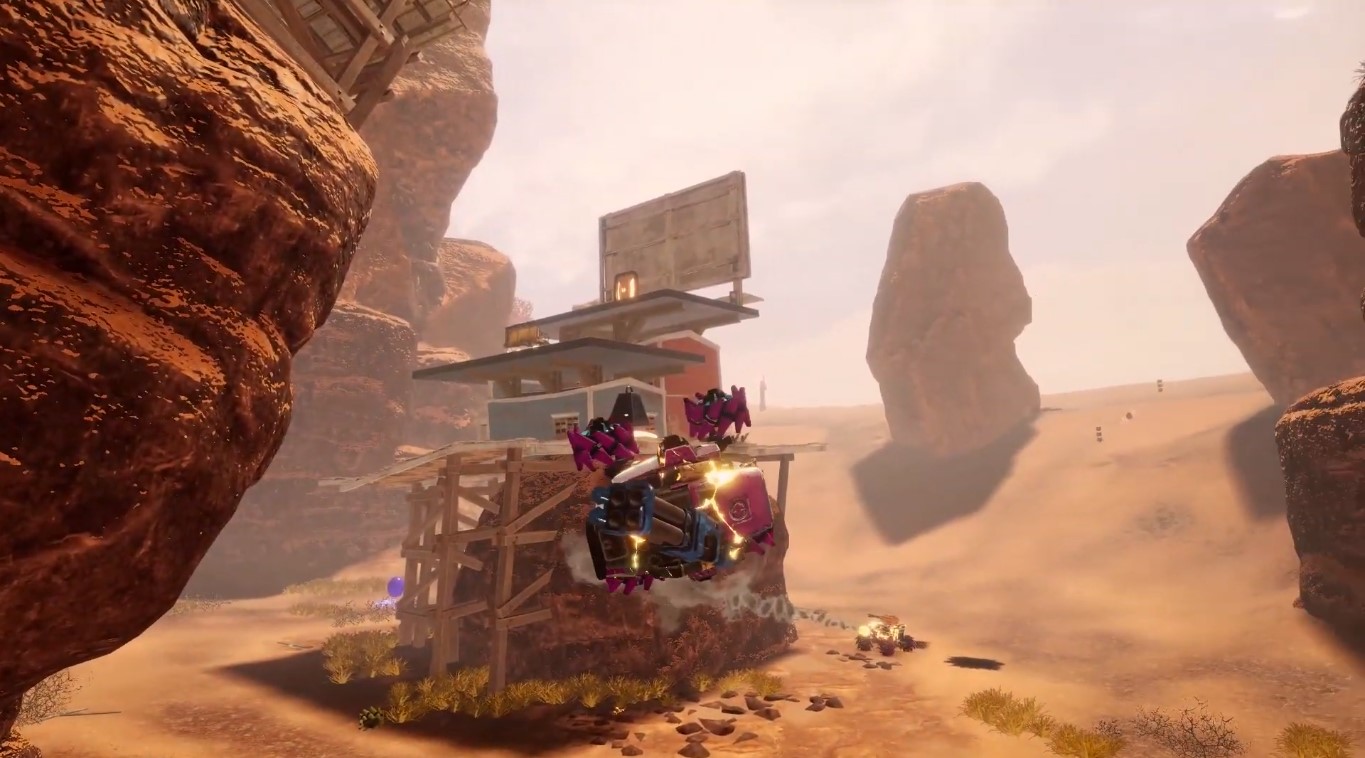 ShockRods is a game that combines two distinct ideas into one powerful concept. The game’s developer, Stainless Games, stated that they are relying on the player’s suggestion and feedback to improve the game’s fighting sense and transform it into one that the community would love.

Stainless Games is created based on classic battle games. The indie developer, which recognized to be the brains of the Carmageddon franchise, has poured in over two years of time and effort creating Shockrods. The game features a fresh car arena shooter that combines the Rocket League’s ultra-fast RC action with the frenzied ferocity of Quake 3.

In an interview with The Loadout, Sam Corser, the game developer’s associate producer, declared that the evolution of the game over time is quite reasonable and that the team is integrating this aspect into the game’s development. He disclosed their effort in attempting to take the game out into the hands of players so that the gamers can notify them of how the games should evolve.

He further stated that the community knows what they want and what they need, all of which can make the games more fun. The production team has also been considering, at least internally, about the game as an esport. However, the group realized that forcing the esport idea could cause a big blunder.

Nevertheless, the developers still hope of making the game an esport and even admit that they treated the game that way in the office.

The game is available on both Apple Arcade and Steam and becomes somewhat a competitive game in the industry. To support the game’s competitive elements and maintain the fun and fairness to all players, the developer has earnestly analyzed player’s data and feedback to make sure that all aspect of the game is well-balanced.

While the competitiveness has toned down quite a bit when it comes to mobile port, there is still hope that the community will shape the game into something more significant. The developer team is also aware that the players’ feedback on the game can be somewhat jumbled, but they still painstakingly accept all the suggestions and work hard on making the game better.

With a few more content releases coming hereafter, along with the developer’s substantial commitment to support the game for some time, gamers may need to wait and see how the community will steer the game’s directions in the future.

Devil May Cry: Special Edition Has Been Announced For The Nintendo Switch, Releasing February 2020

Half-Life: Alyx VR Requirements Are Quite Demanding, You May Need To Upgrade Your PC, As Well