Obsession with Impact Gameworks beautiful roguelike RPG Tangledeep is widespread, well over a year after the initial release.  A painstakingly crafted love letter to the 16-bit era of RPG’s, Tangledeep boasts strategic combat, robust class systems, ever-changing dungeons, crafting, and even a pet capture & training system.  Add all of this to a vibrant world that serves as a simple platter to serve the player all of their dungeon-crawling wants and needs, a beautiful soundtrack, and near-flawless user interface that frames the game well, and players could be well forgiven for logging hundreds of hours into this Roguelike JPRGesque indie.

Impact Gameworks didn’t stop there, however; Tangledeep also heralds a unique (yet welcomed) menu at the start of each run, allowing players to alter how the game acts to change the playstyle to better suit their desires.  If you’re looking for more elite enemies (which rewards you with greater loot while active), health regeneration, or even your pet not passing away every time you step into a slog bigger than you can handle, Tangledeep‘s accessibility modifiers add a tremendous amount of replayability using only a couple of global variables, that has arguably not been seen in such depth and presentation before.

BOW TO THE MASTER OF ALL FROGKIND!

I happened to catch Andrew Aversa at an opportune time and used it to pick his brain about the inclusion and usage of these accessibility modifiers in the past, present, and future.

What was the inspiration behind adding these modifiers to the game?

Were they always planned, or did this feature develop closer to release upon feedback?

Are you tracking the usage statistics of these modifiers? If so, have you seen greater than expected usage of these options?

Do you believe that this was successful enough that you’ll add these options to future games you work on?

The inclusion of these options have been heralded in most reviews across all platforms that Tangledeep currently resides, and one can’t help to wonder what these options would taste like in larger undertakings. 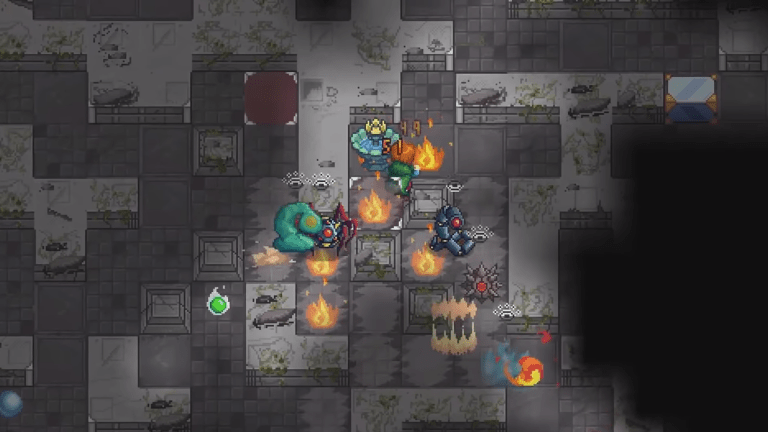 Dec 3, 2019 Chris Miller 11190
We've covered in the past Tangledeep, a 16-bit dungeon-crawling RPG that offers a solid amount of customization, combat depth, and tremendously... Oct 17, 2019 Chris Miller 4160
Obsession with Impact Gameworks beautiful roguelike RPG Tangledeep is widespread, well over a year after the initial release.  A painstakingly...