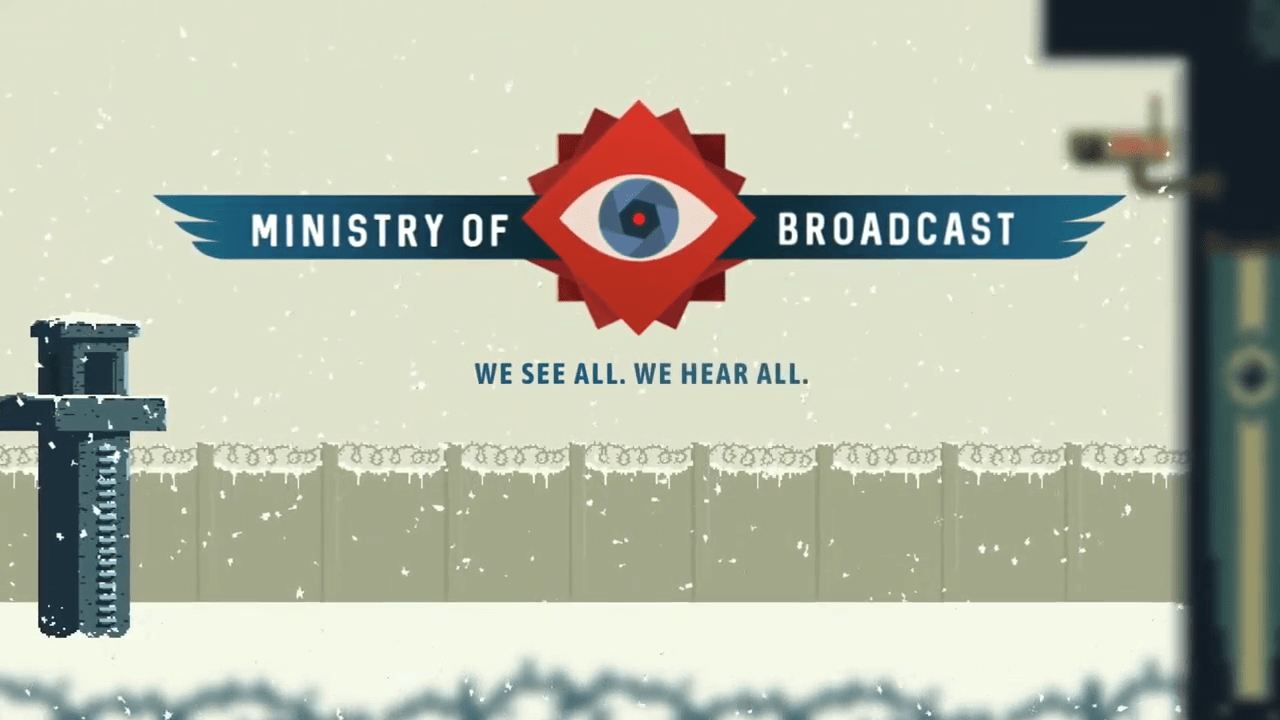 Here’s a bit of truth; Ministry of Broadcast is still my most-beloved indie game of 2020 that has released thus far. It came out on January 30 with its dystopic humor and scathing government narrative all wrapped up in a brilliant package of fantastic pixel art and platforming, with just enough reality that made many presume that it was a criticism of their own government.

Its narrative weaved a web of an unfortunate protagonist that wished to cross a wall to reach his family; in order to do so, he must compete in a streamed television show that pitted contestants against each other in a battle of hope and despair.

In spite of how dark that may seem, the entire plot plays out with humor and cheekiness readily seen, and the darker overtones take a back seat to the narrative that is there if you find yourself wanting to reflect more on it.

One thing about the title was that difficulty could come out of nowhere and slap the everloving crap out of players. You’re there solving puzzles and ensuring that you’re not a color deviant one moment, and the next you’re stuck replaying a singular segment for the next hour because you keep messing up a single jump.

🔎Can anybody actually confirm that this is not the only change the new "EASY MODE" brings to Ministry @OfBroadcast ?

It had the tendency to turn the brilliant game into a frustrating ordeal; once passed, the humor and narrative would come back immediately, but it didn’t solve the tinge of frustration the always lurked in the wing, waiting for players to get a bit too relaxed.

Ministry of Broadcast Studios took the criticisms well to heart, releasing a control patch that made the controls a bit more forgiving for players, ensuring the protagonist would jump when and where players intended him to. That was apparently not enough for some, so MOB Studios have come back once more and worked on a new game mode: easy mode.

In this game mode, players can experience the impeccable narrative of Ministry of Broadcast without ever needing to rip their hair out. The story in its entirety is still there; you won’t miss anything by playing the easier game mode.

It’s worth noting that the platforming sections are brilliant, and remain so throughout Easy mode; it’s simply the odd juxtaposition of enjoying the narrative and taking your time to explore levels that suddenly feel upended by a difficult segment that slaps you in the face. Perhaps this difficulty is well-warranted ion the standard game mode, however; it is always implied that the competition is a difficult matter of life and death, and you’re supposed to die.

Sep 15, 2020 Harry Alston 25510
Unpacking is a little gem I've had my eye on for a while, and with a recent trailer, it looks like the game is nearing completion for release in...