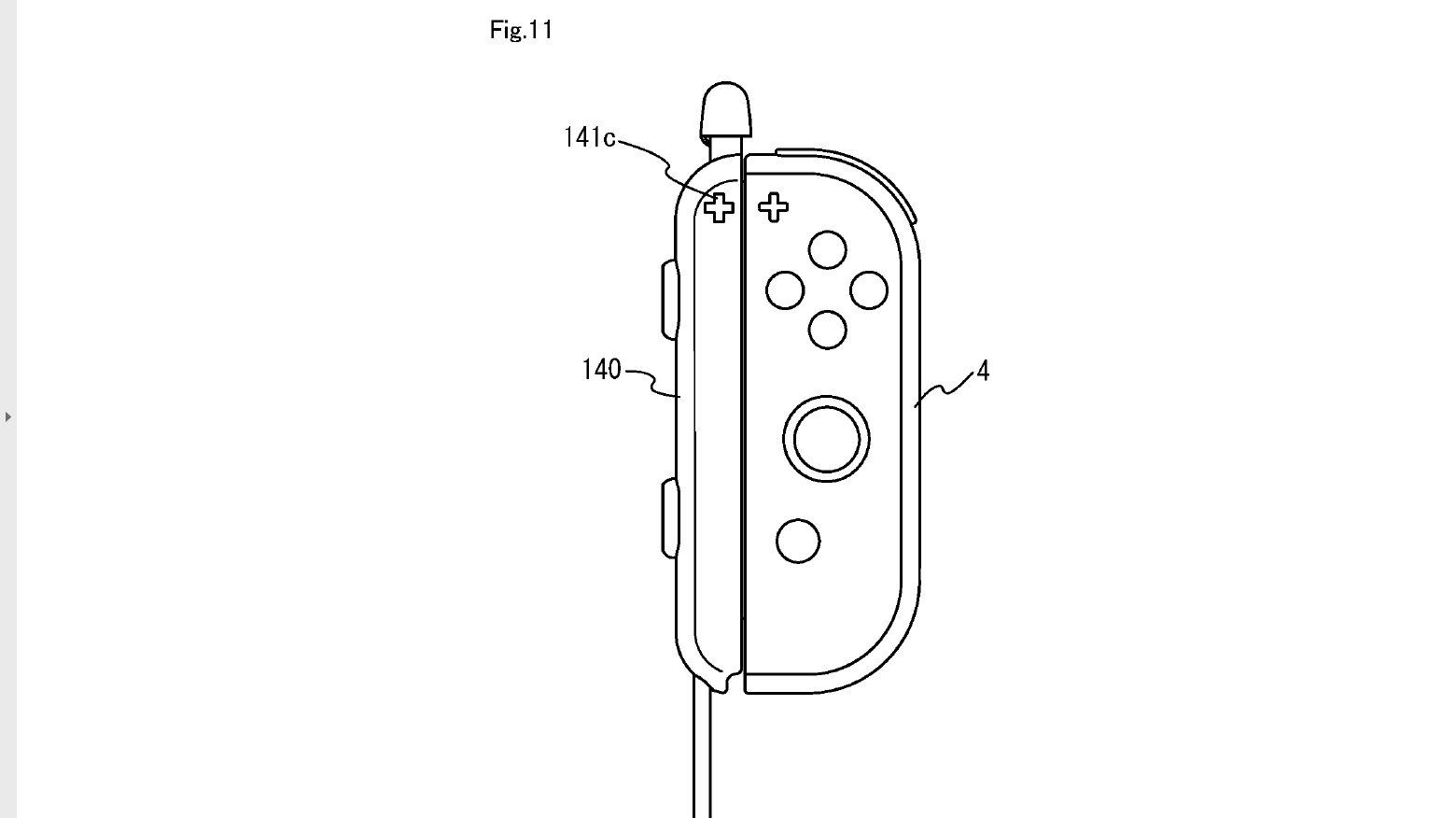 These products don’t always come to fruition. The idea is to file the patent so that nobody can steal the idea while you’re working out the logistics. Many products do turn out, however, and we’ll have to wait and see on this latest one. Nintendo has filed a patent for a new Joy-Con attachment that features a stylus for the touch screen.

The attachment looks more or less identical to the current attachment, only this one has a stylus sticking out of the top of the controller. The patent details some of the functionality of the attachment, like how it vibrates when the stylus touches things on the screen. It also looks as if the stylus can perform different functions if the user presses certain buttons on the Joy-Con.

The attachment slides onto the Joy-Con just like the existing attachment; for all intents and purposes, this is the exact same attachment, only with an added stylus tip.

The patent was published on January 16 but was originally filed in June 2019, which is around the same time that Nintendo put out the stylus pen for the Switch. It sounds like maybe toying around with the stylus lit a few light bulbs for Nintendo’s developers.

Considering that the stylus pen already exists, Nintendo pursuing this attachment might indicate that they plan to release more games that rely on it. Right now it’s only used for a handful of games, like Mario Maker 2 and Dr. Kawashima’s Brain Training. It also works very well for navigating the Switch’s menus, and that functionally alone could probably justify its existence. Not only is it easy and accurate to use, but it can also save your screen from finger smudges.

If nothing else, the stylus could help Nintendo lean into the tablet side of the Switch with illustration apps and other art-based products. Still, having the stylus incorporated into the controller makes me think it’s designed for some very specific games that Nintendo has in mind.

The controller in the patent looks undeniably goofy, but this is Nintendo. Nobody does innovation like Nintendo, so I’ll refrain from laughing until I see what this thing can do.