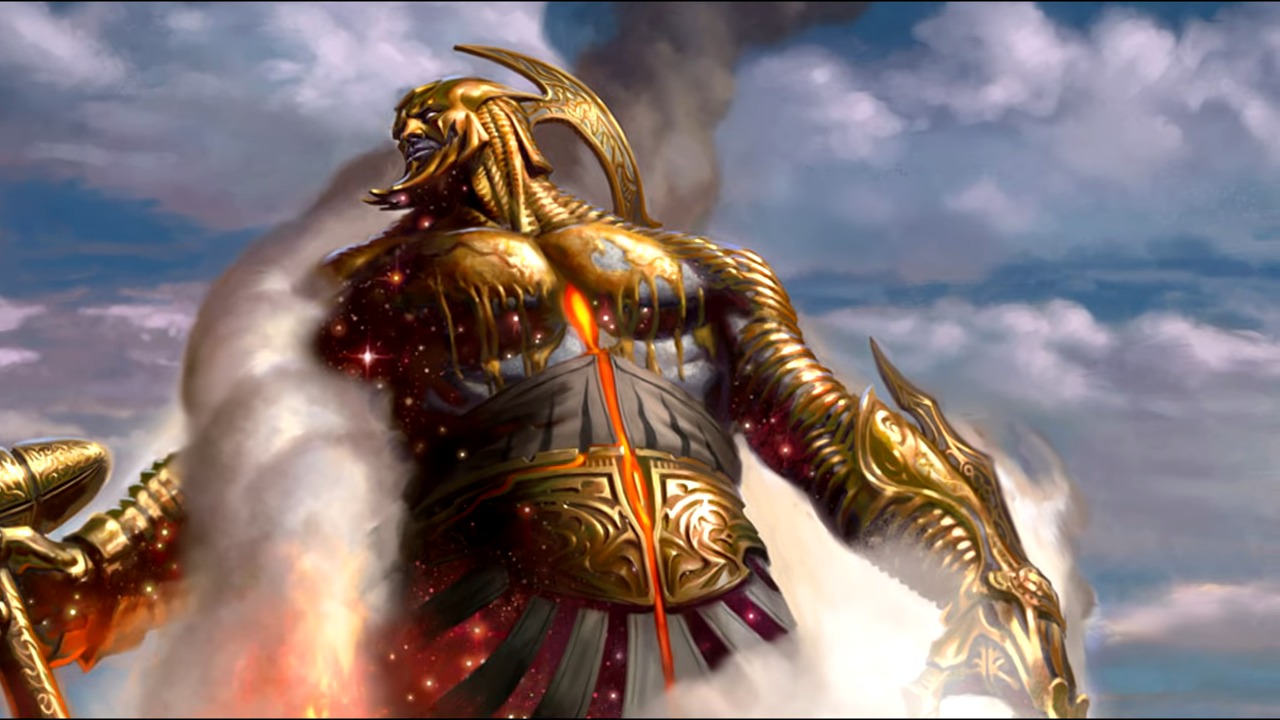 All artifacts are magical items, but not all magical items are artifacts. In Dungeons and Dragons, there exist magical items that carry immense magical power. These items could have been created by the gods, or by tremendously powerful mortals for a specific purpose.

Mythic Odysseys of Theros adds 5 new magical artifacts to the D&D universe, each tied to the specific god that made them, or for whom they were made. As it so happens, since Theros is first and foremost a Magic: the Gathering world, these artifacts also exist as MTG cards.

In any case, these artifacts shouldn’t be given out lightly. They all carry substantial magical power that has the ability to unravel campaigns. As such, it’s suggested to review their power and decide if you want to include them in your campaign.

Hammer of the Forge — This magic warhammer grants a +3 bonus to attack and damage rolls made with it. When you hit with an attack using it, the target takes an additional 3d10 fire damage.

Blessing of the Forge — If you’re a worshipper of Purphoros, you gain the following benefits when you reach different Piety levels:

Keep in mind that if you aren’t a worshipper of Purphoros, the hammer will have two randomly determined minor detrimental properties.

Reforged — While holding this hammer, you have resistance to fire damage and are immune to exhaustion. Additionally, you have proficiency with smith’s tools and have advantage on all ability checks made with them.

Spells — While the hammer is on your person, you can use an action to cast the following spells with a DC of 18: Animate Objects, Heat Metal, Fabricate, Magic Weapon, Mending, Shatter.

Destroying the Hammer: To destroy the hammer, it must be taken to the realm of Tizerus in the Underworld. There, it must be coated in clay from the Mire of Punishment. The heat of the hammer hardens the clay, which fuses to it after one month. Afterward, it must be swallowed and digested by a kraken.

Bident of the Deep — This weapon functions as a trident with a +3 bonus to attack and damage rolls made with the weapon. When you hit with an attack made with this weapon, it deals an extra 2d10 cold damage to the target.

Blessing of the Deep — If you are a worshipper of Thassa, you gain the following benefits when you reach the required Piety levels:

If you aren’t a worshipper of Thassa, the bident instead has one randomly determined minor detrimental property.

Command the Deep — As an action, you can change the condition of the sea within 1 mile of you, either calming or creating a storm. This lasts for 1 hour, and can’t be used again until the next dusk. Additionally, you can cast the Dominate Monster spell (DC 18), but only on beasts and monsters that have an innate swimming speed.

Aquatic Metamorphosis — You can cast the True Polymorph spell (DC 18) but must cast it on a creature to turn it into a creature with an innate swimming speed. Once per dusk.

Destroying the Bident — To destroy the bident, it must be heated by the fire of an Ancient
Red Dragon and then dipped in the Tartyx River.

Jun 16, 2021 Harry Alston 11960
Wildermyth is out of early access and receives a final splash of polish. The game crisscrosses genres, fusing Xcom-like tactical gameplay with...

Dec 27, 2020 Seb Bates 12370
Tasha's Cauldron of Everything is DnD's hottest new item, with players around the world foaming at the mouth for months now. WOTC's new rules...