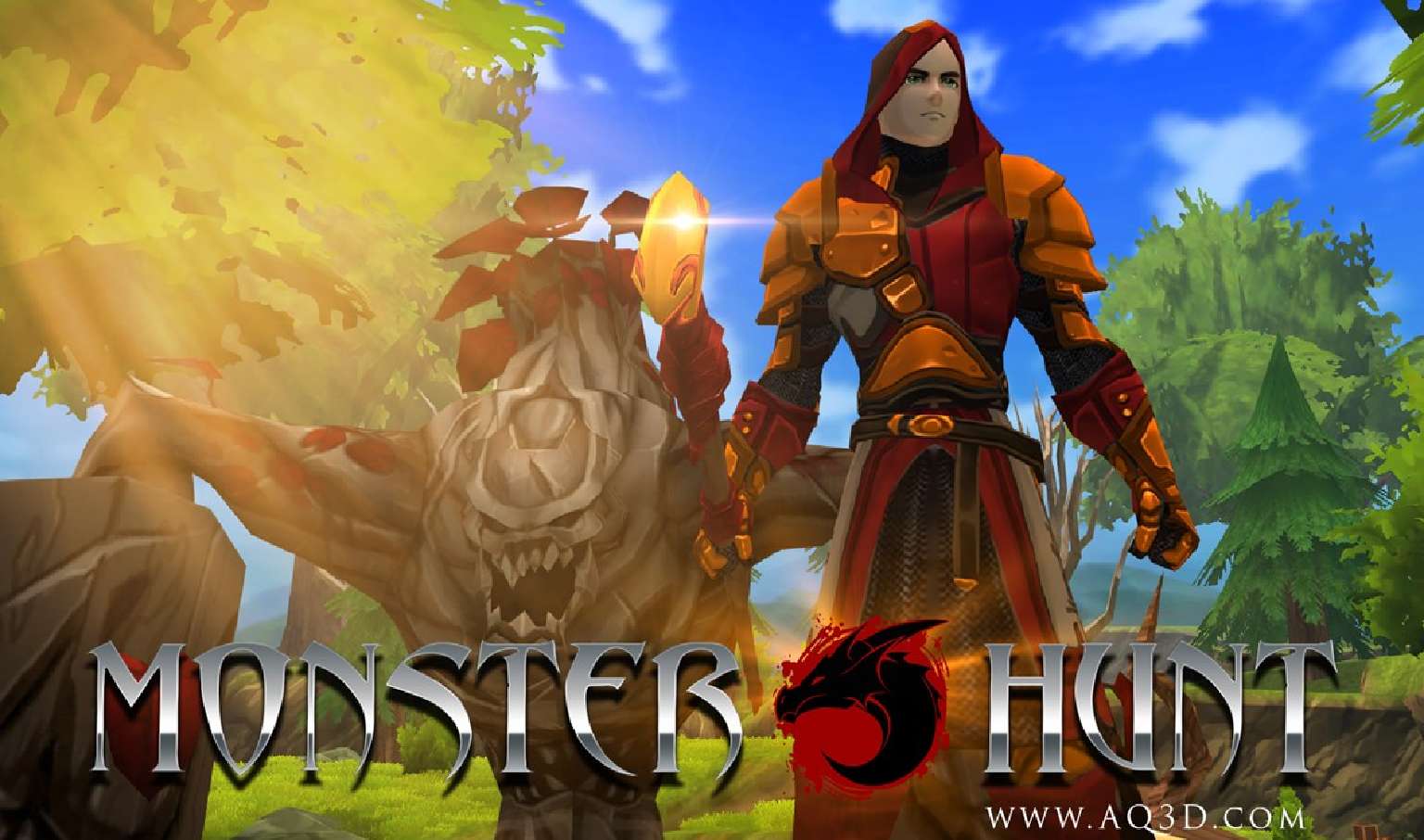 The time for Monster Hunting has come to AdventureQuest 3D! Two mini-bosses have come to specific areas for players to fight, granting unique items for players to play with.

These rare monster bosses. the Overgrown Stalker and the Salt Crystal Pebblar, drop extremely rare loot. The first of these bosses, Overgrown Stalker, is in the Greenguard forest.  The other boss, the Salt Crystal Pebblar, has been spotted near the Pirate Town of Lolosia. And of course, the rewards they dropped are meant to match the area they are found in.

The Greenguard boss, the Overgrown Stalker, is a giant golem-like creature that fits in perfectly in the forest. It’s a bipedal creature with autumn leaves sprouting off it, and has 65,000 hit points. It also has an attack, crit and armor rating of 217.  will spawn with pieces of the Autumnwalker set. This set includes a chest piece, a belt, boots, a cowl, plates, and a staff weapon.

The developer post claims that the first heroes attempting to collect these items were never heard from again. This means that the bosses are intended to be tough, and will require players to group up in order to defeat them. Only through cooperation will players fare better in this treasure hunt.

The AdventureQuest 3D developers have also announced that the Berserker class is nearly finished and coming the players’ way very soon. They intend to try something different with this class. Instead of just letting players buy the class outright, players must be a rank 10 Warrior to start the quests to unlock it. They’ve also decided to try shortening the overall time it takes the player to acquire this incredible tier 2 class.

AdventureQuest 3D updates are a massive undertaking for the people over at Artix Entertainment, and everyone is done with love for their fans.  They continue to push forward with events for players to run through to get unique looking and statted gear for them to utilize.  Players won’t want to miss out on this Monster Hunter event.